NGC 7436 is a pair of galaxies in Pegasus about 330 million light-years away. It and its two companions form a subgroup of the Abell 2513 galaxy cluster. The cluster is centered about 20 minutes west of this group and thus the center of the group is out of my field of view. Oddly, looking at its position on the POSS plates I see what appears to me to be a distant galaxy cluster not noted in NED. NED lists no size for the cluster but few galaxies are seen within 15 minutes of what is shown for the center of Abell 2513 other than these extremely distant galaxies. Most of the members seem to be in my frame, odd for the position of the group is out of the frame. I\'ve marked all that NED has redshift data in my frame and they appear to all be members of the cluster. I marked a couple others that are likely members with their distances shown with a question mark that had no redshift data.

The four galaxies that make up the three NGC members of the group (7436 is two) are cataloged as the \"triple\" Holmberg 800. I found nothing indicating whether the two members of 7436 are interacting. NGC 7435 does appear to have plumes which have sharp cut offs to the north and south. NEG 7436B, the brightest of the group, has a huge halo. Does this indicate they are interacting? The huge halo of 7436 could be the result of it chowing down on members of the group rather than any current interaction and the plumes of 7435 may be normal for it or the result of some long ago interaction. I found no papers shedding any light on this. Certainly, virtually all members of the group are very red and thus not likely to have had much recent star formation. Those in the annotated image denoted as being in the SRGb catalog are also all strong IR emitters which could indicate hidden star formation. None, however, are listed as having active cores. Red spirals like 7435 are thought to indicate galaxies that have had little star formation for the last few billion years allowing all its blue and white stars to die out without being replaced. In any case, I see little dust in any of the members other than SRGb 016.030 in the southeast corner of the image. It does appear to be a somewhat normal barred spiral with blue arms. AGC 321228 also shows a bluer color than the other members. It though appears to be an edge on spiral without a dust lane though that may be below my resolution.

SRGb is the Southern Rich Group - big area catalog in case you were wondering. While the group is north of the celestial equator it is at -30 degrees Using galactic coordinates. It is indeed a southern group just not by the coordinate system we normally use to point our telescopes. 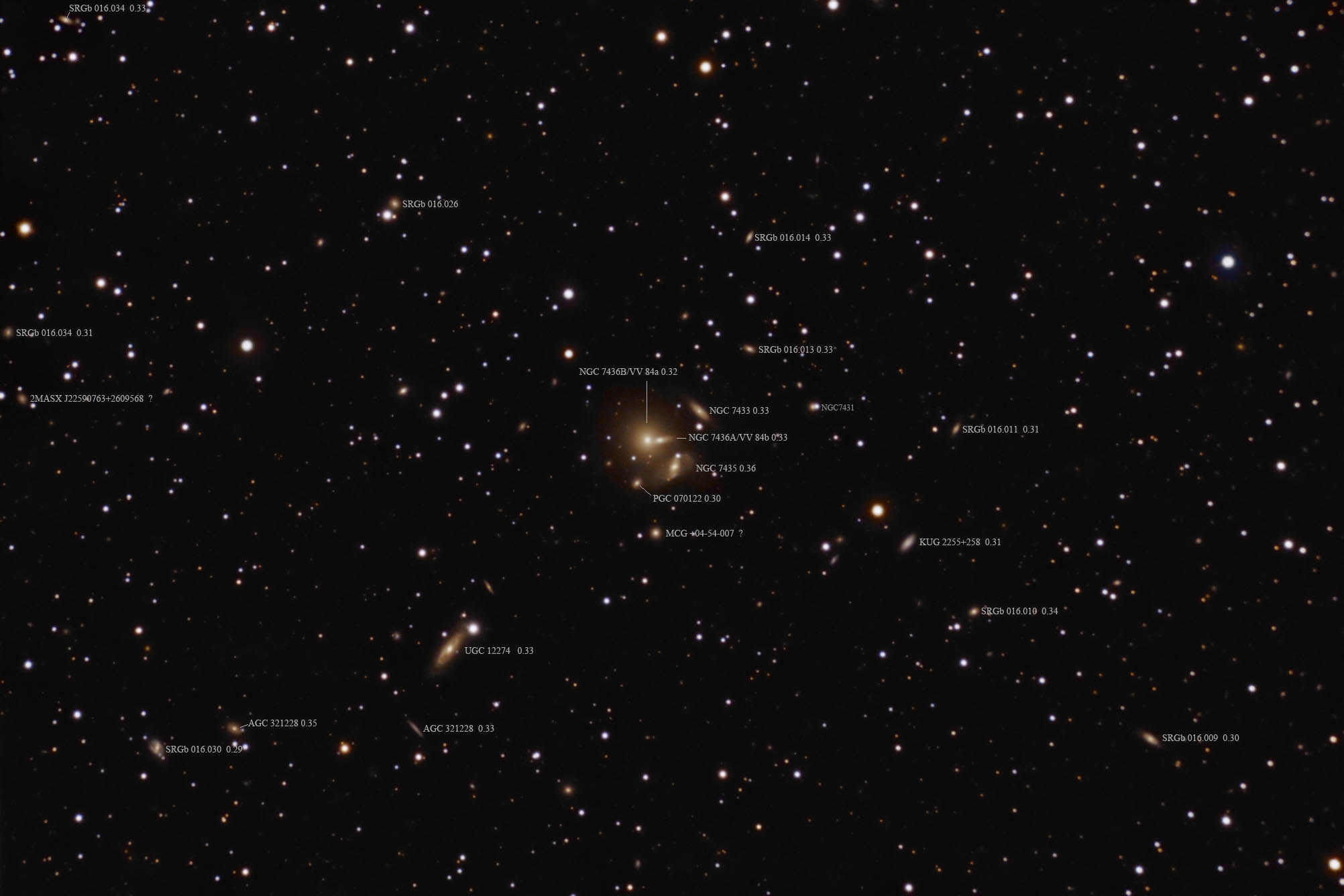 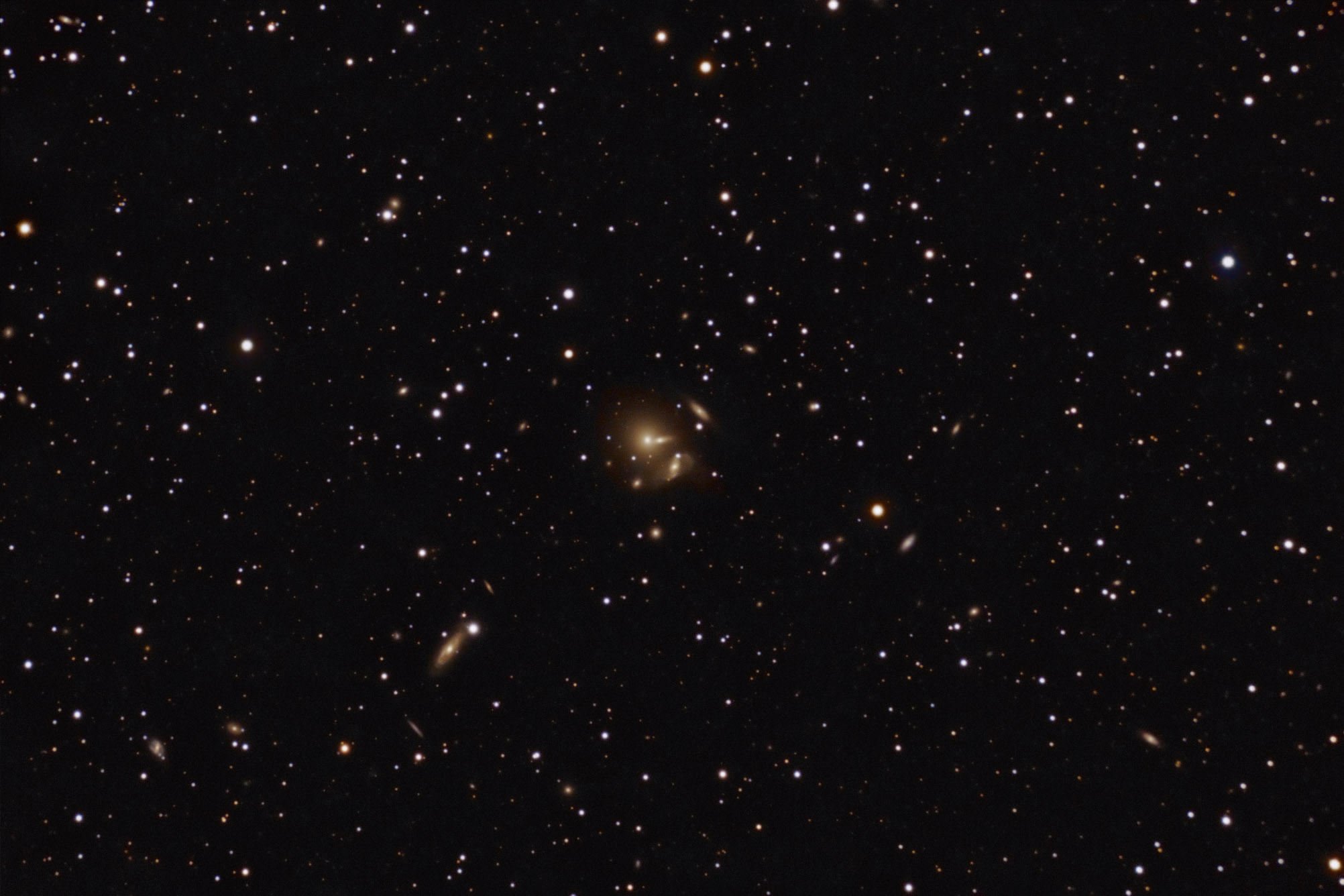