NGC 7437 is a face on, low surface brightness ringed galaxy. Though the ring is not obvious visually it meets the requirements. It is classified as SAB(rs)d by NED and SAB(rs)c: by a paper detailing such ring galaxies. While the paper is rather deep reading and 160 pages long it does have a diagram detailing the ring structure on Page 141. http://www.aanda.org/articles/aa/pdf/2014/02/aa21633-13.pdf Not all sites even recognize the bar let alone the ring with the NGC project saying it is Sc and Seligman saying Scd?

Other than this paper I found little on this rather faint galaxy. It was discovered by Lewis Swift on October 31, 1885 and is located in Pegasus just southwest (1.8 degrees) of Markab that marks the southwest corner of the great square and start of the horse\'s neck. Visually it is quite faint in a 17\" scope so not an easy target. It was fainter than I expected needing at least three or four times the exposure time I gave it.

In the upper right quadrant is the spiral galaxy ASK 143213.0 at 2.05 billion light-years. It is so large I can resolve spiral arms in it at that distance. I measure its diameter at 196,000 light-years. That is one huge spiral.

Near the left edge and above center is a galaxy I\'ve labeled as AGN at 3.89 billion light-years. NED actually lists it as a quasar but it is obviously elongated southeast to northwest and therefore not a point source as a quasar usually is.

This marks my move into December images. Though it wasn\'t my first December image attempt, the first night\'s data shows severe issues with clouds making processing them nearly impossible. Even if I did I\'d have such poor results I\'d have to retake them next year anyway. So I doubt I\'ll try and process that first night\'s work. 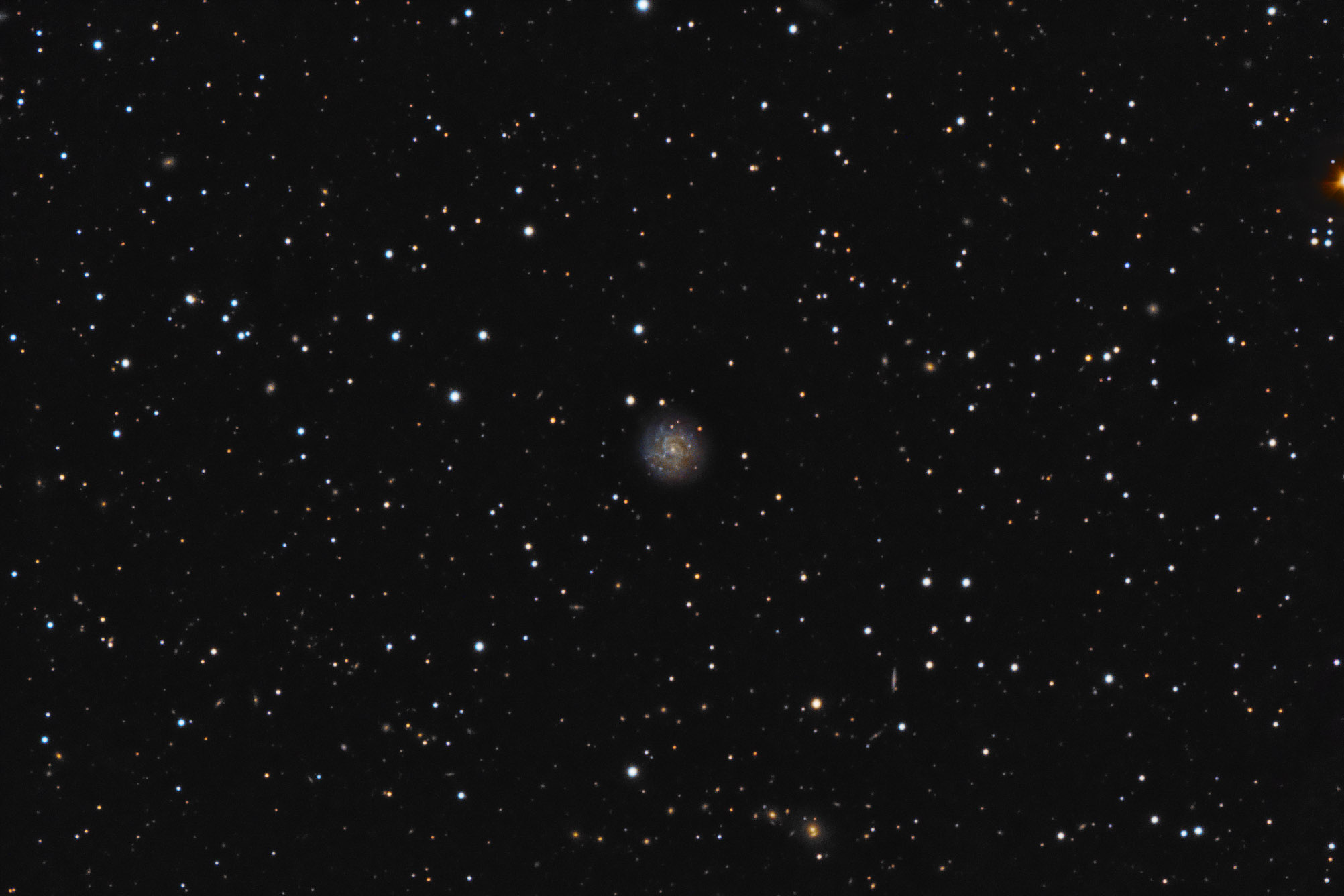 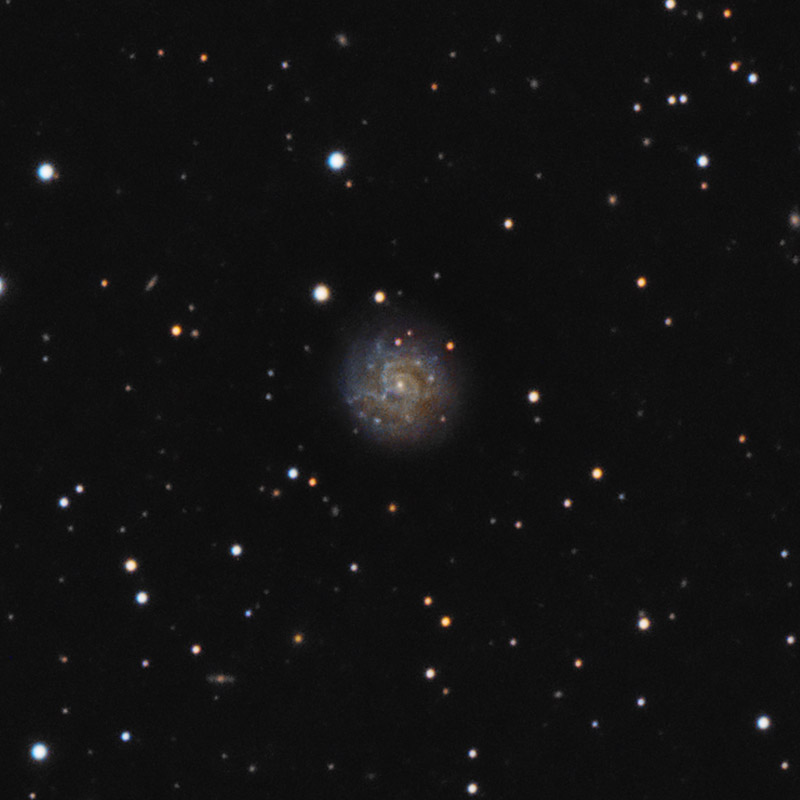 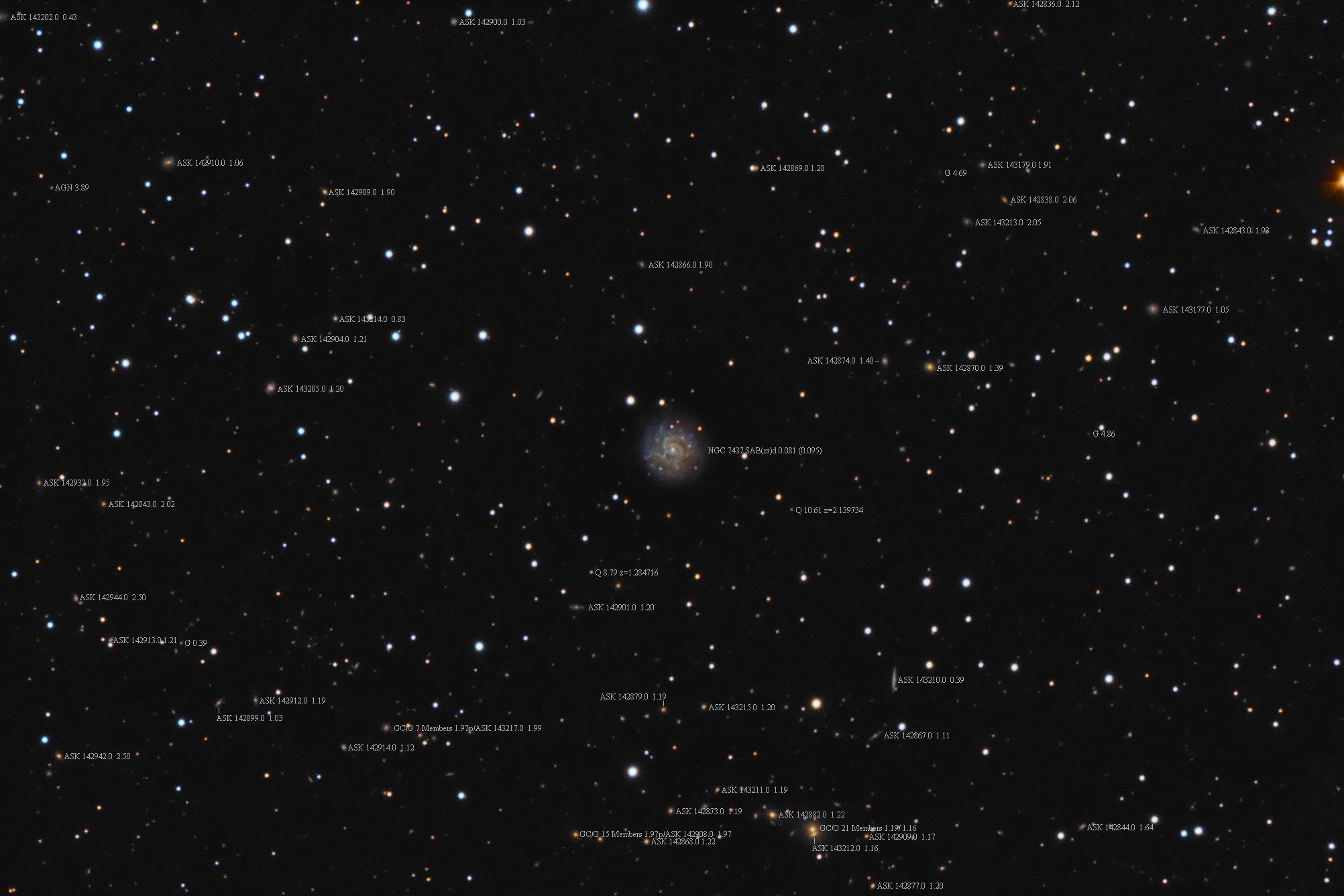