Arp 013/NGC 7448 is in Arp\'s class of galaxies with detached segments. Since all of its spiral structure is composed of many detached pieces of arm structure I\'m not sure which pieces or all of them he is referring too. Or is he referring to the large star clusters in the northwestern part of the galaxy that are about as bright as the core? His only comment is that this is a high surface brightness galaxy so that is of no help.

The galaxy is about 84 million light-years distant by redshift and is located in Pegasus just outside the southwest corner of the Great Square. It anchors what is known as the NGC 7448 group. I originally took this galaxy in late 2008 with it centered in the field. This missed all other members of the group. Conditions weren\'t all that good, especially for blue data. Also my processing back then wasn\'t all that great either, for color especially. This is a retake of it with Arp 13 moved to the very western edge of the field so I could pick up 4 more interesting members of the group on the eastern edge of my image. They are UGC 12313, NGC 7463, 4 and 5. All show signs of interaction, likely with each other. I\'ve noted their redshift distance and NED classification on the annotated image. While the redshift distances vary between 70 and 91 million light-years they are all likely about the same actual distance from us.

UGC 12313 is a very low surface brightness galaxy that looks somewhat like a spiral with a core region but is classed as irregular which usually has no recognizable core. It has what appear to be plumes at both ends though the one to the northwest is most obvious. The trio of NGC 7463-5 is very interesting with all sorts of plumes. NGC 7465 appears the most interesting appearing nearly face on to us with two outer partial rings of stars whose centers don\'t match the location of the barred galaxy\'s core. This is a very unusual structure yet I found little on it in the literature. NGC 7463 is a more edge-on spiral with arms that appear to have been drawn outward by tidal interactions with others in the group. Caught in the middle (apparently) is NGC 7464. A highly distorted elliptical galaxy that is surprisingly blue for an elliptical. In fact, it is bluer than NGC 7463 which is about the normal blue for an Sb galaxy. I\'d expect elliptical galaxies to be rather red as normally star formation is usually hidden from our view being isolated to the core region. That doesn\'t appear the case here.

NED has no other information on the field but for one quasar below this group at nearly 10 million light-years. I see a lot of interesting background galaxies but I can\'t find much on any of them other than the few NED includes are 2MASS galaxies and thus very bright in far IR radiation. 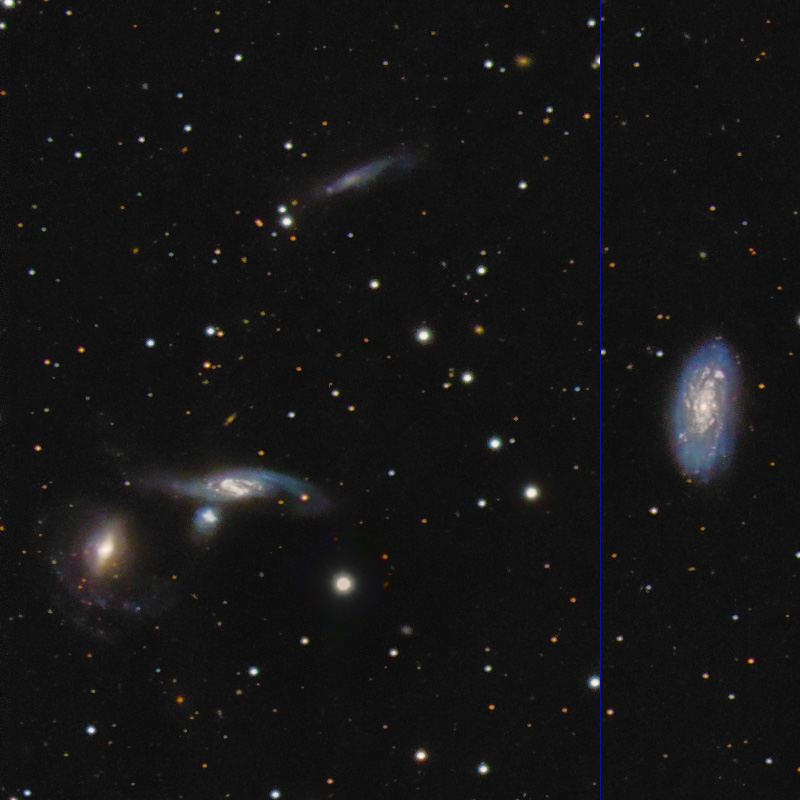 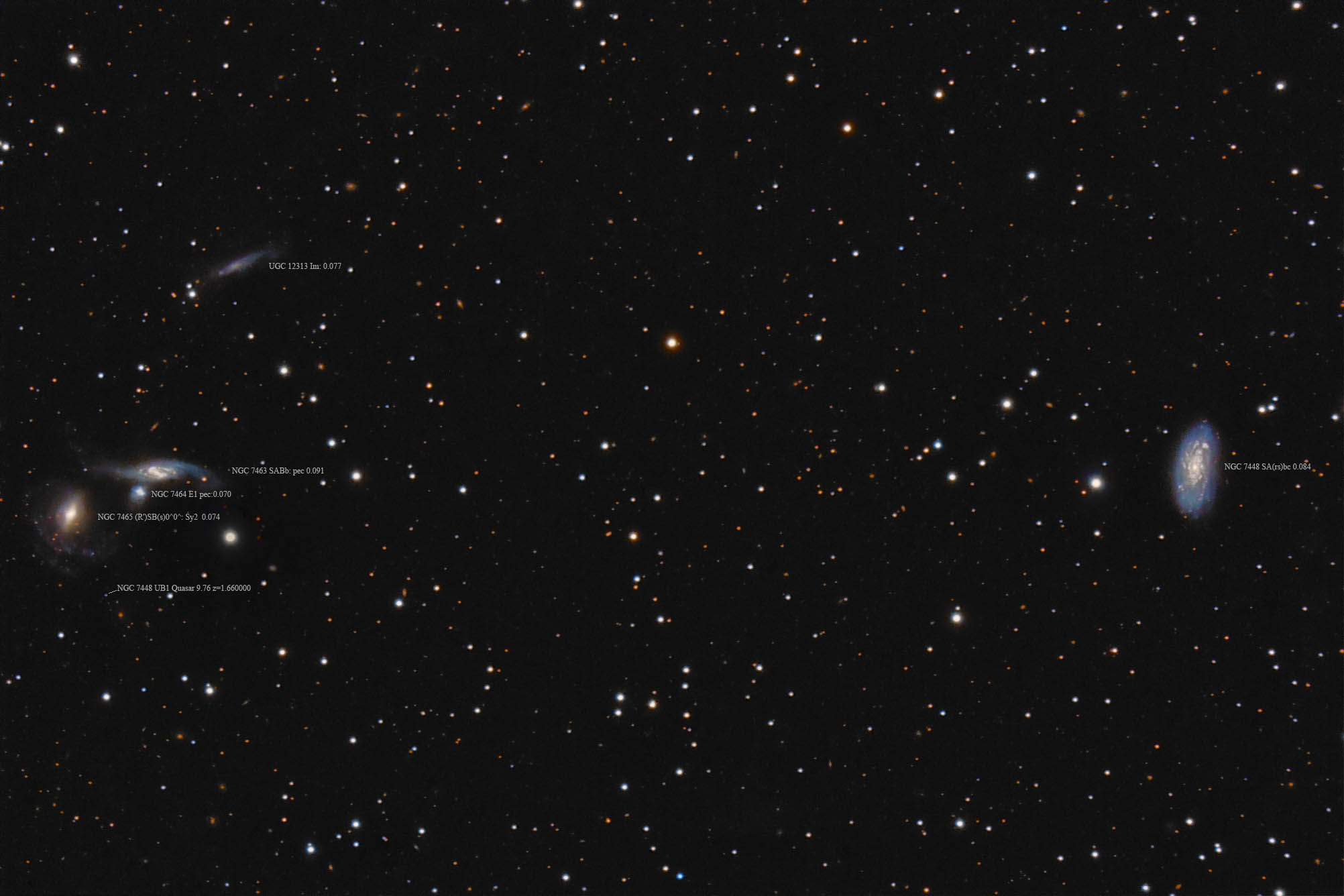