NGC 7510 is a reprocess of an old image. I came across it cleaning the hard drive to get ready for the move to the new computer when I found it and decided to give it another try. This version came out better. NGC 7510 is a very pretty cluster seen visually in most any telescope. It sort of resembles a broadhead arrow point with three razor edges. This is lost in the image however. It is located about 10,000 light years away in the constellation of Cepheus. The whole area is faintly filled with ionized hydrogen, especially to the east. Many nebula I\'ve featured are part of this huge cloud. The bubble nebula is probably the most famous of these. Here we just see the western edge of the huge cloud coming into the eastern part of the image. I moved NGC 7510 high to pick up more of it than I would if left centered. 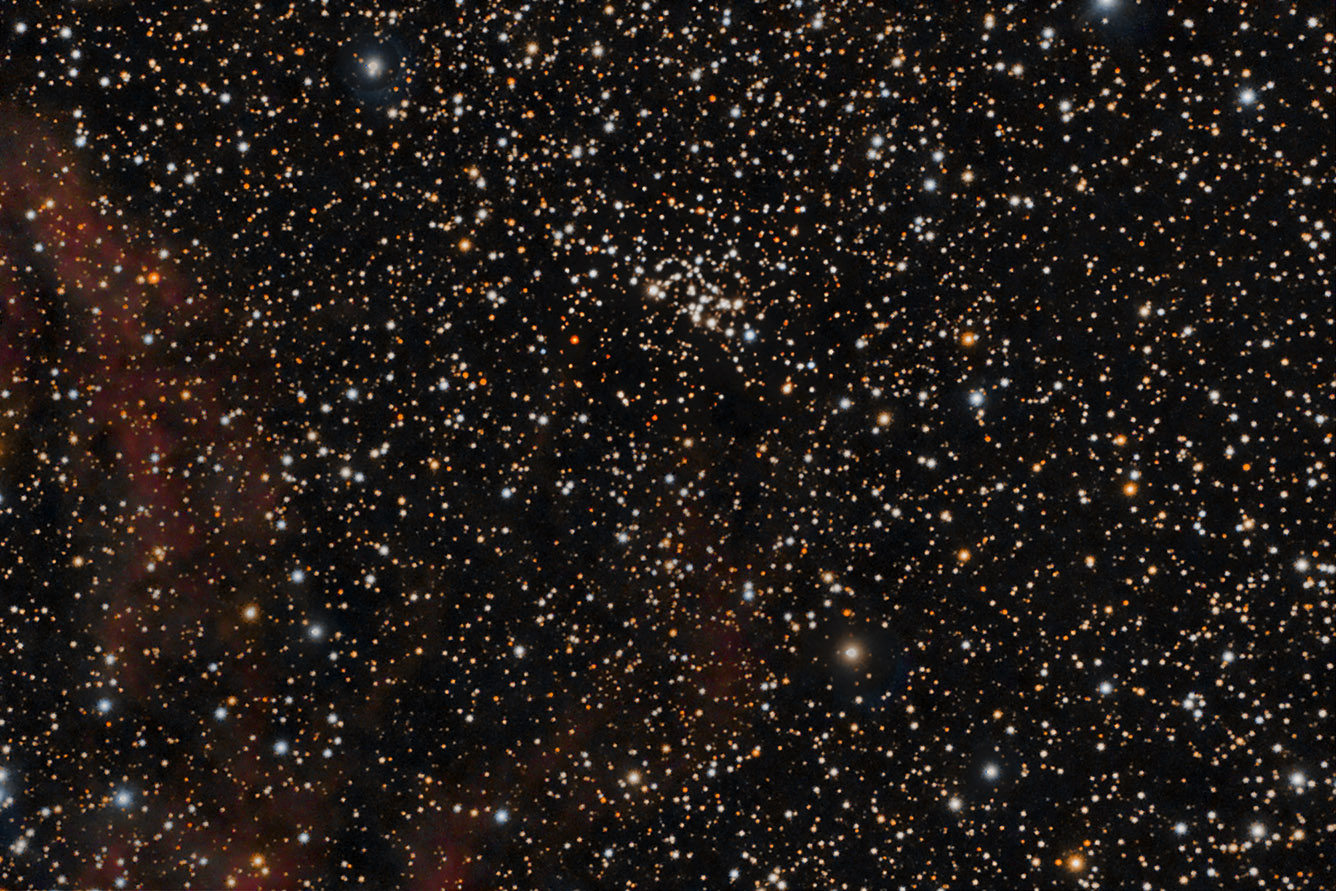 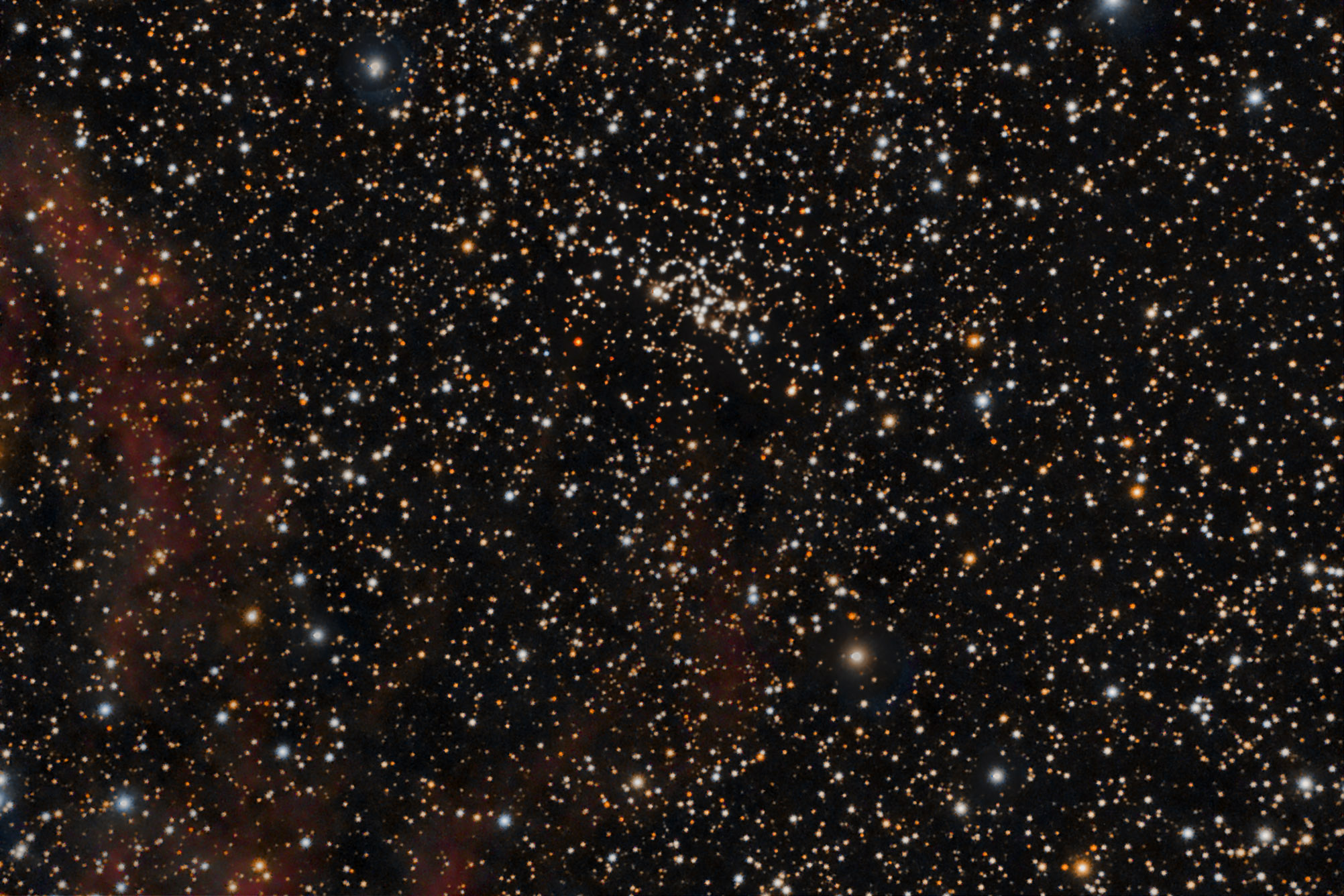