NGC 7593 is an asymmetrical spiral in Pegasus below the Great Square. It also appears sloshed though I don\'t find a likely cause. The core is well west of the center. One bright arm comes off the south end of the core and curves around the west side of the core while two lesser arms come off the northern side and curve around on the east side. They appear more like chains of star clouds than arms. The core itself is well off center to the west. The core appears elongated north to south as if it were slightly barred but it is listed as Sb by NED, Sbc by the NGC Project and Sbc? by Seligman. Redshift puts it at about 170 million light-years while the median of Tully-Fisher measurements say 180 million light-years. A good agreement. The galaxy was discovered on October 5, 1864 by Albert Marth. Using the redshift distance I measure its longest axis at 49,000 light-years.

Only one other galaxy has redshift data in NED. It is LEDA 2793677. It is the blue smudge of a galaxy to the north and a bit west of NGC 7593. It has a redshift distance of 160 million light-years. It may be a true companion of NGC 7593. While NED had no classification two papers list it as a dwarf galaxy. I get a size of 20,000 light-years so it is indeed a dwarf candidate. To its right is a curving chain of three red galaxies the first of which is under a blue star. I couldn\'t find anything useful on them except they did make the 2 micron survey of IR galaxies.

There is an obvious spiral to its southwest. NED doesn\'t even list it as a galaxy, just as a UV source found by the Galex satellite. Most are just stars rich in UV but some, like this one, are galaxies. The only survey to cover this area is the 2MASS that picks up galaxies rich in IR at 2 microns. Apparently, this galaxy has enough UV to make the UV survey but not IR to make the IR survey. With nothing else to annotate I didn\'t prepare an annotated image. 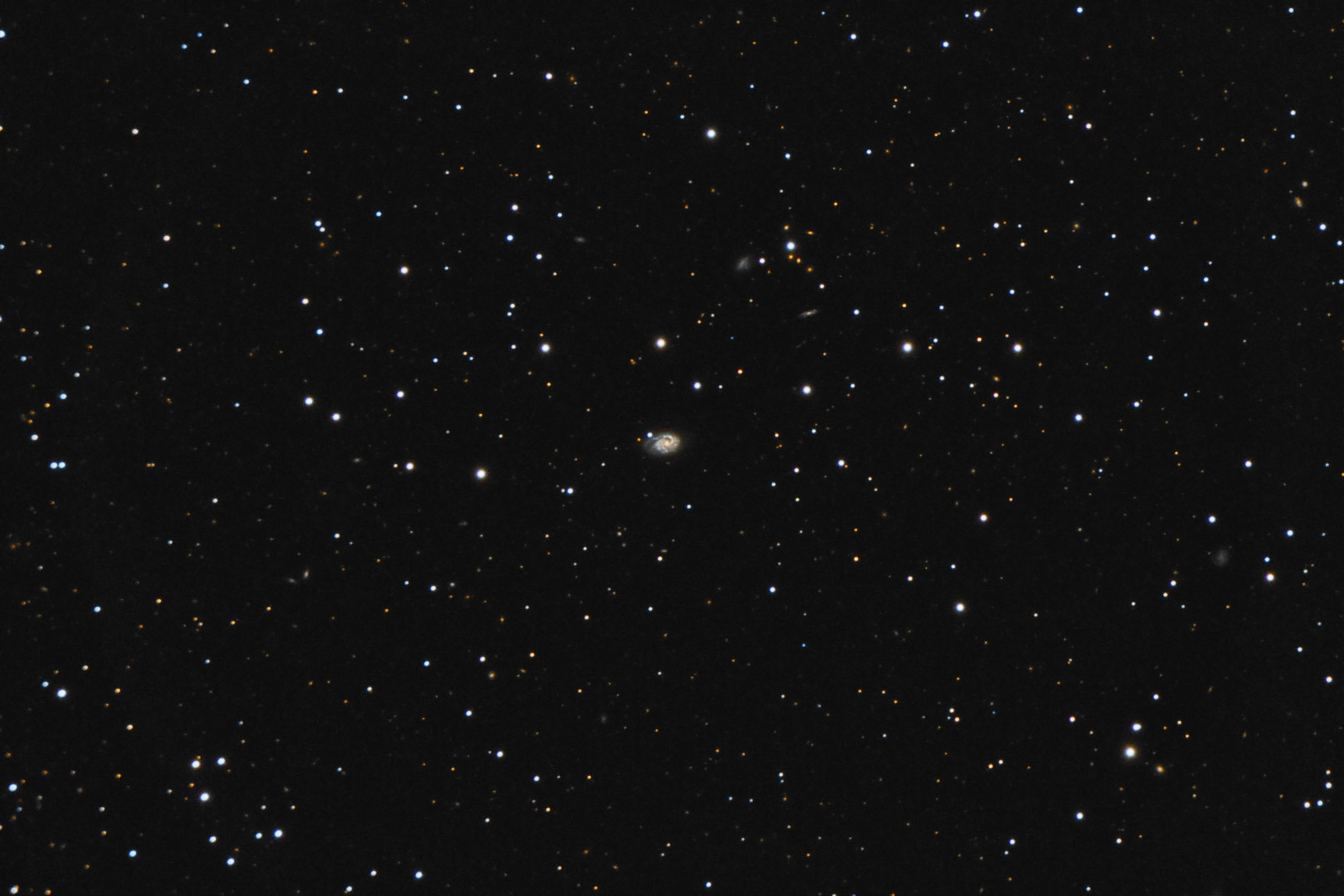 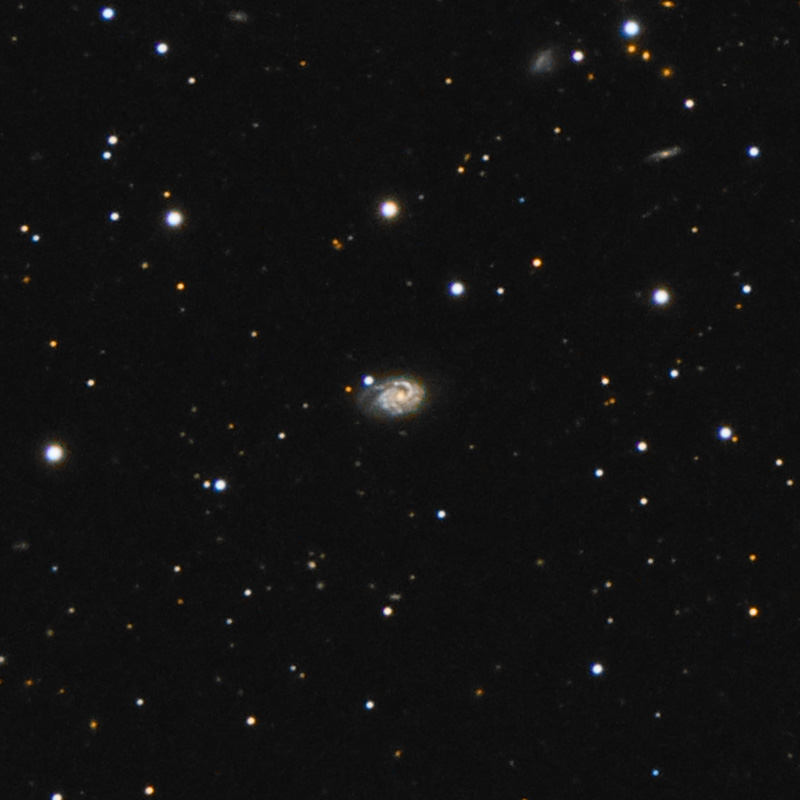