NGC 7640 is a nearby near edge on galaxy (nearby for galaxies I normally image) in Andromeda. I was unable to find an agreed upon distance for this one. Some place it as close as 19 million light-years while the furthest estimates put it a bit over 32 million light-years. Due to my limited resolution of stars in the galaxy, I\'d have to prefer the further estimates. The reason it made my to-do list was the odd extended southern arms with a hole in them. I saw the hole in the blue POSS II plate. Though it was more pronounced in my image than I expected, looking almost like a dust donut in my flat that wasn\'t in the image. It is a real feature, cause unknown. It may just be an illusion due to our viewing angle of the very extended arms. NED classes it as SB(s)c while the NGC project says S(B)b. Both indicate it as a rich source of HII. I should have read that last year when I took the image. I\'ll have to put it back on the list, at least for HII purposes later this summer. It was discovered by William Herschel on October 6, 1784. It is in the second H400 program.

There\'s virtually nothing to be found on the field. NED has no redshift data for anything but NGC 7640 and that is worthless as a distance measure putting it only 3 million light years away which is very unlikely to be the case.

Only one of the many background galaxies in the cropped image is even in NED. It is a very blue blob seen apparently within NGC 7640. To find it follow the right edge of the galaxy down from its center. You will come to a very bright star with two medium bright blue-white stars below it. The bottom one of the pair being fainter than the upper. From the bottom one go left just past the mid-line of the galaxy to a very blue blob. This is the 16th magnitude galaxy NPM1G +40.0521 according to NED. While no \"pretty picture\" of this galaxy has been released by the Hubble Space Telescope some core images are available at the Hubble legacy site. Showing only the core region they don\'t go down to this object. It may very well be a distant background galaxy but another blue blob in my image somewhat further up and a bit further toward its left edge is in the Hubble image and is a star cloud in the galaxy. They look very similar (star cloud is smaller) in my image. The object is only in the NPM1G catalog. All the other galaxies in the full image that are in NED come from the 2MASX catalog so are IR strong galaxies. 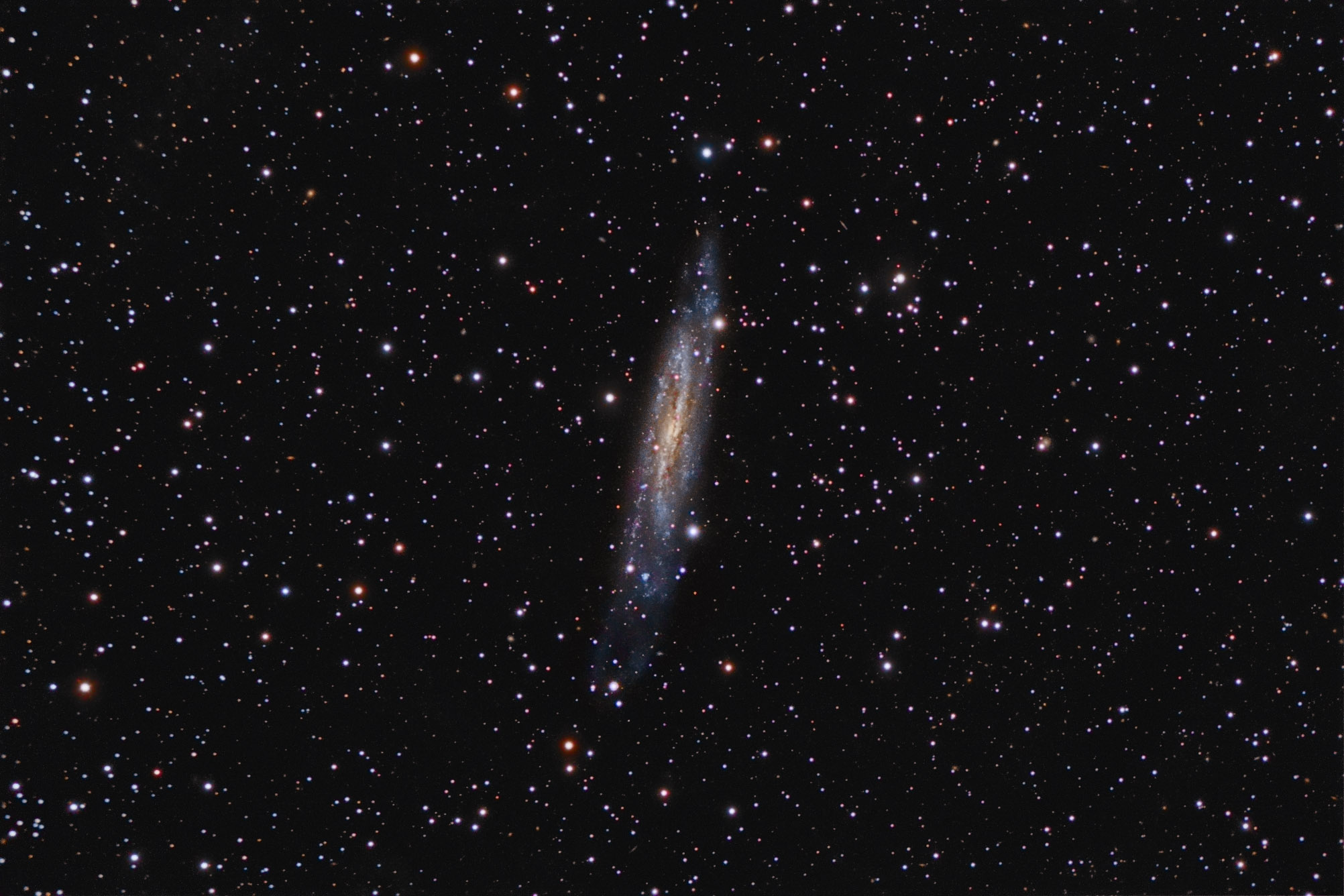