Abell 2593-N is the northern part of the much larger Abell 2593 cluster. Oddly the center of the full cluster is NGC 7649 which is also close to the center of Abell 2593-N. Abell 2593-S is rather sparse and south of this frame. The cluster is a bit over a half billion light-years distant in Pegasus just south of the Great Square. While the cluster is larger than my field I show over 125 members in this frame. Oddly this is the number listed in NED for the entire cluster. Apparently, they are being conservative There also appears to be a group at about 900 million light-years as well as another just over 2 billion light-years distant. Some of the latter are larger and brighter than many members of Abell 2593 even though 4 times more distant. One asteroid stuck its nose into the frame. It may be rather hard to find among all the galaxies.

NGC 7649 which anchors the cluster is the only NGC object in the cluster. On November 25, 1886 Lewis Swift discovered the galaxy and listed it as #96 on his list. On October 15, 1887 he recorded a galaxy in nearly this position as #99 on his list. Dreyer recorded the first as NGC 7649 and the second as IC 1487 not realizing they were one and the same galaxy. You can read more on this at the entry for NGC 7649 at the NGC project. NED and the NGC Project list it as E even though it is obviously rather elongated. Seligman says E2? Even that doesn\'t indicate how elongated it is. I\'d say E6 or even higher. Since it fades into the background determining an edge isn\'t easy. I can definitely say it is at least 250,000 light-years in size, most likely considerably larger. It certainly is a huge galaxy.

A few quasars (Q) are far in the background. I included a few candidate quasars (CQ) as well. These often turn out to be stars whose spectrum has absorption features that mimic great redshift when that\'s determined photometrically. Often these are exposed when a good spectroscopic redshift is determined. So treat these as highly suspect. Photographically determined redshifts are noted with a \"p\". 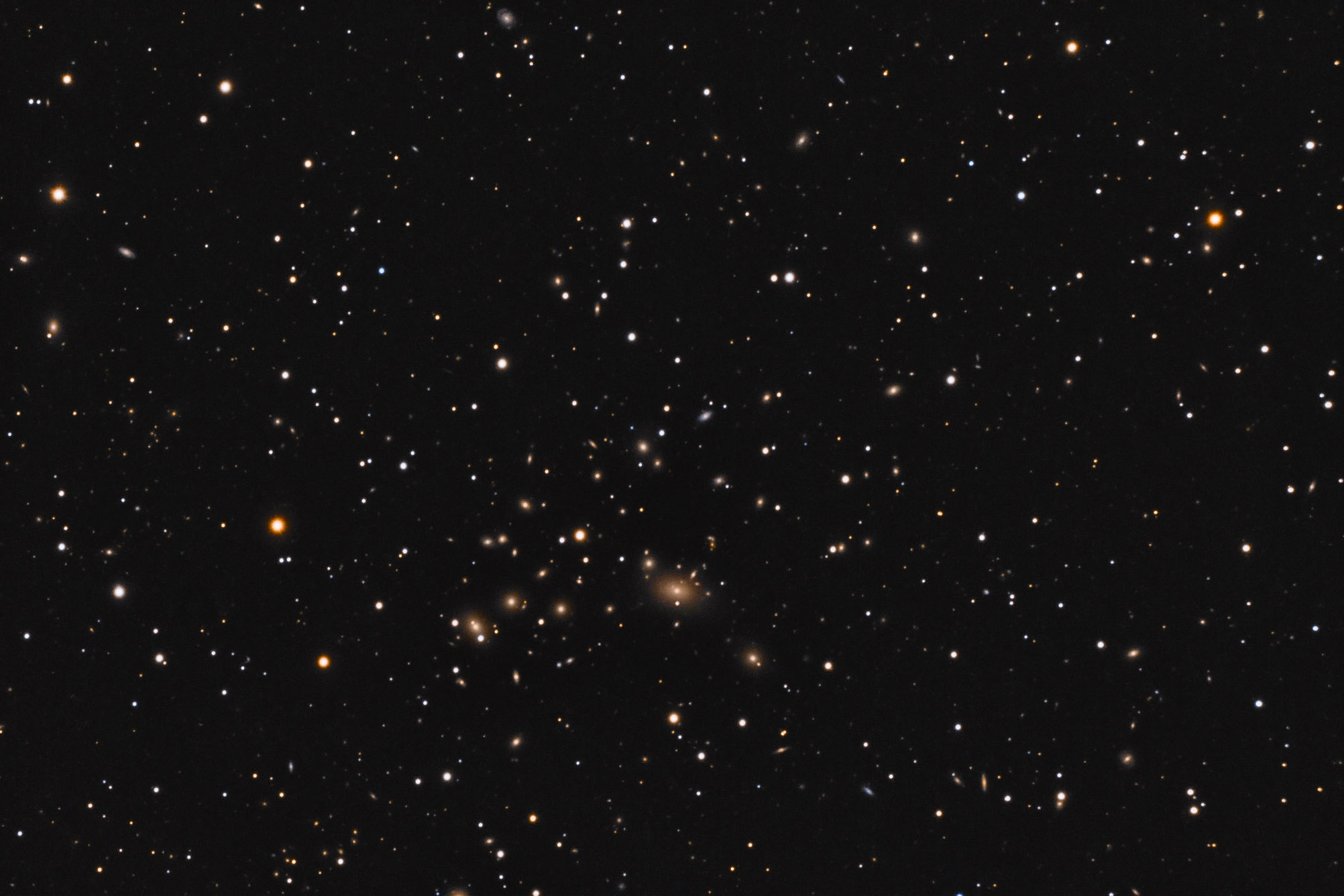 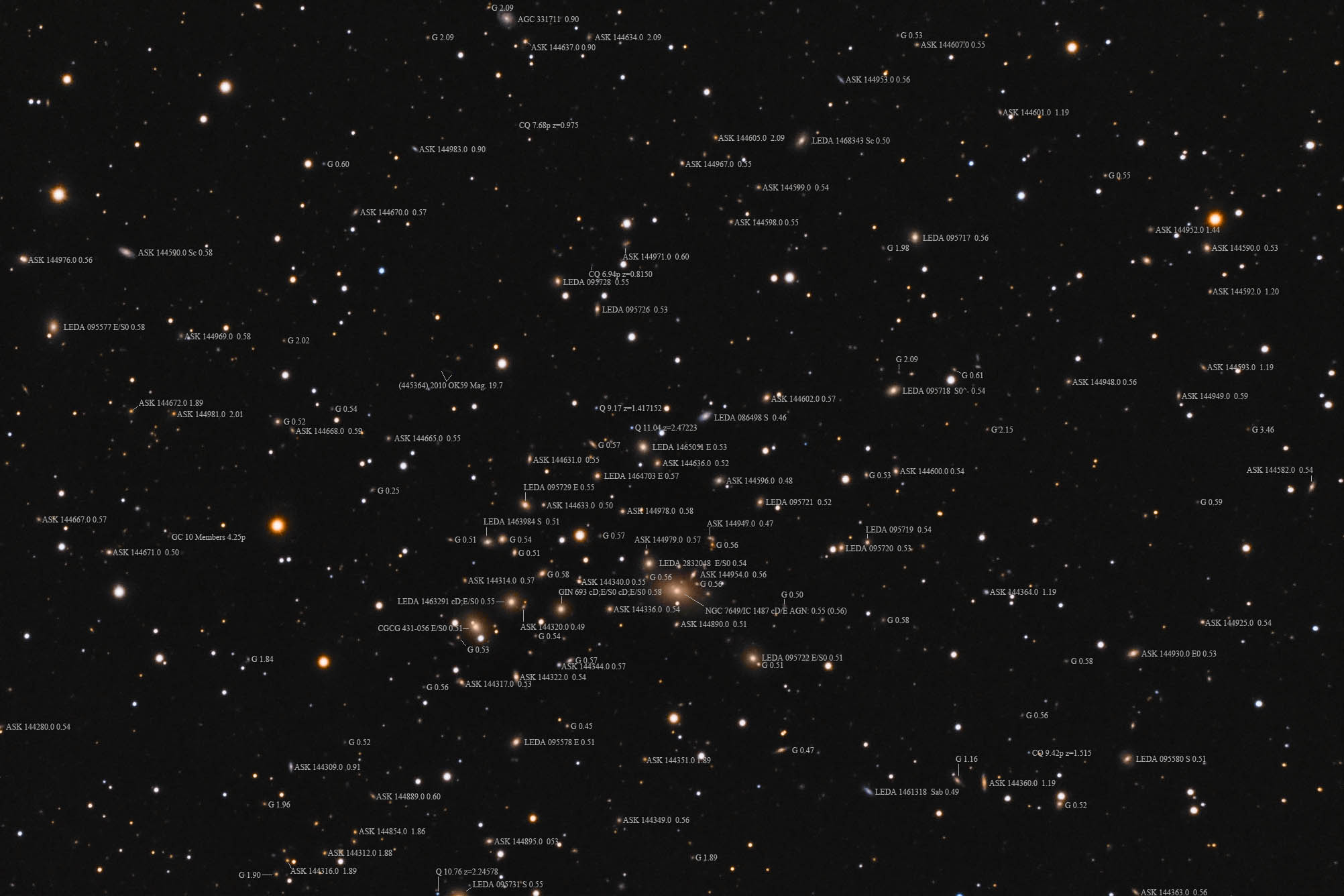