ABELL 2593-S is the southern part of the ABELL 2593 cluster. The northern part is out of my image, to the north, obviously. It is located in Pegasus just below the Great Square and is about 550 million light-years distant. For the northern part see my image of ABELL 2593-N taken nearly 2 years ago without any smoke to deal with.

The cD galaxy anchoring the southern cluster is NGC 7651, a double galaxy. While NED identifies the two parts with a NED 01 and NED 02 label most sources list the main galaxy under the NGC 7651 name and the companion under its PGC 3085862 or other separate designation. I\'ve gone with this method for the annotated image. Oddly while NED gives virtually the same red-shift for both they give a different one of 570 million light-years for the double galaxy. How this comes about I don\'t know. Seems a problem to me that the whole is more distant than its parts.

The discovery of NGC 7651 is attributed to Lewis Swift on September 1, 1886. I doubt they mean the double galaxy now known as NGC 7651 but just the big main one. I doubt Swift\'s telescope could see the companion as a separate galaxy and doubt it would have been seen alone. Also, Swift\'s position was about a half minute of arc east of its true position but all sources agree it was the only galaxy he could have seen so consider the identification as certain.

NED had non-redshift distances for some galaxies in the cluster. Most consisted of only one estimate and it was always 170 parsecs. Were they using the same measurement for all? I\'ve never seen such consistency before and find it highly suspect but included them anyway. Some of the tiny, apparently distant galaxies turned out to be dwarf cluster members while others were really distant galaxies.

The image contains many very distant ones but unfortunately, this one was taken the same night as Berkeley 103 through very dense smoke from fires in the northwest and British Columbia. This meant most were lost in the smoke but for the reddest ones. Dust passes red light better than shorter wavelengths so very red distant galaxies were seen when much bright but bluer ones were lost to the smoke. The smoke also created havoc with color balance. EXcalibrator, my go-to program for color balance left everything still a magnitude or more too red and left red halos around even blue stars. Edges of stars and galaxies were all deep red due to fainter blues and even greens vanishing in the smoke. I should never have taken color data until the smoke cleared but didn\'t realize the problem was so severe until too late to retake them for this year. Maybe I should have just stayed with a mono image. 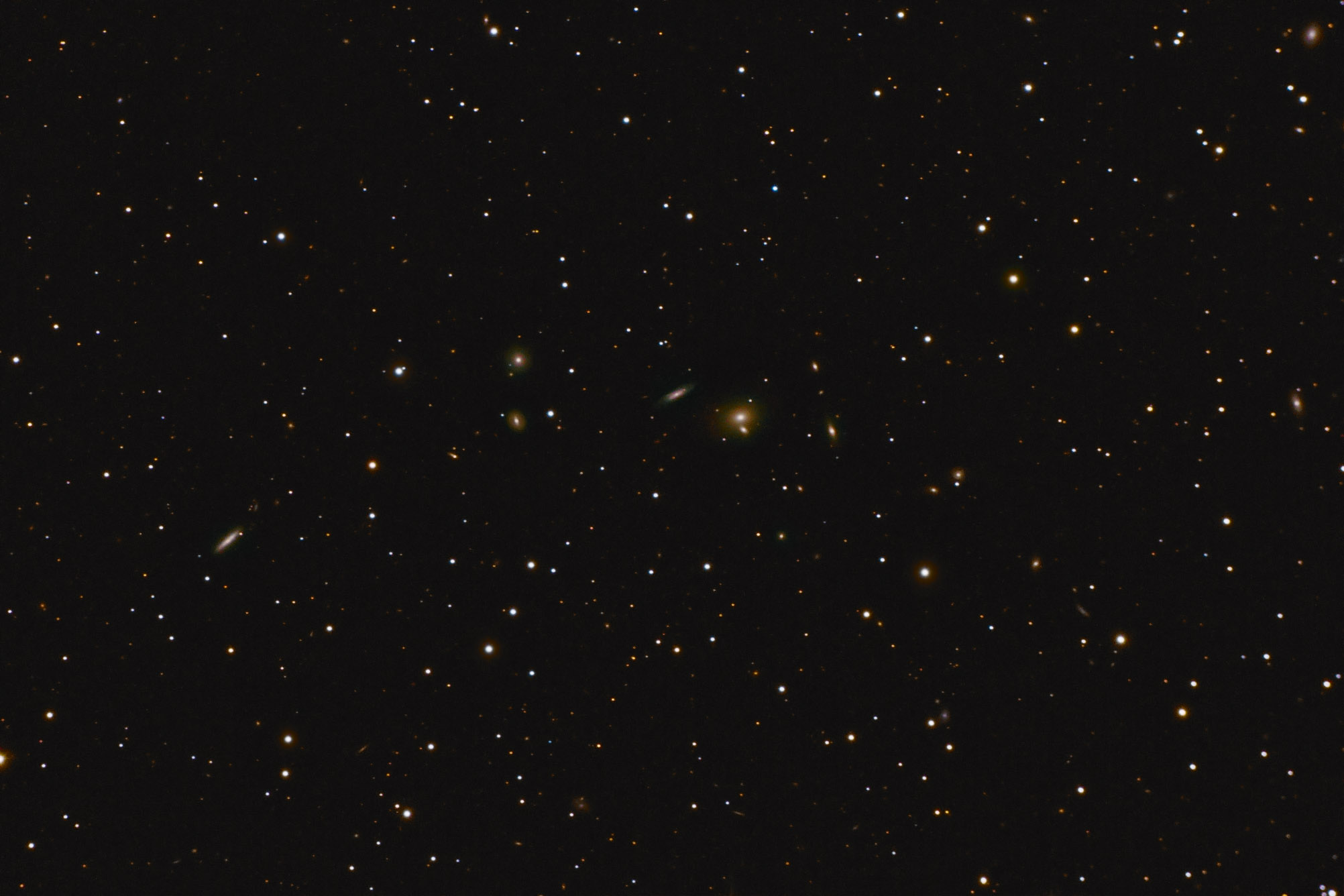 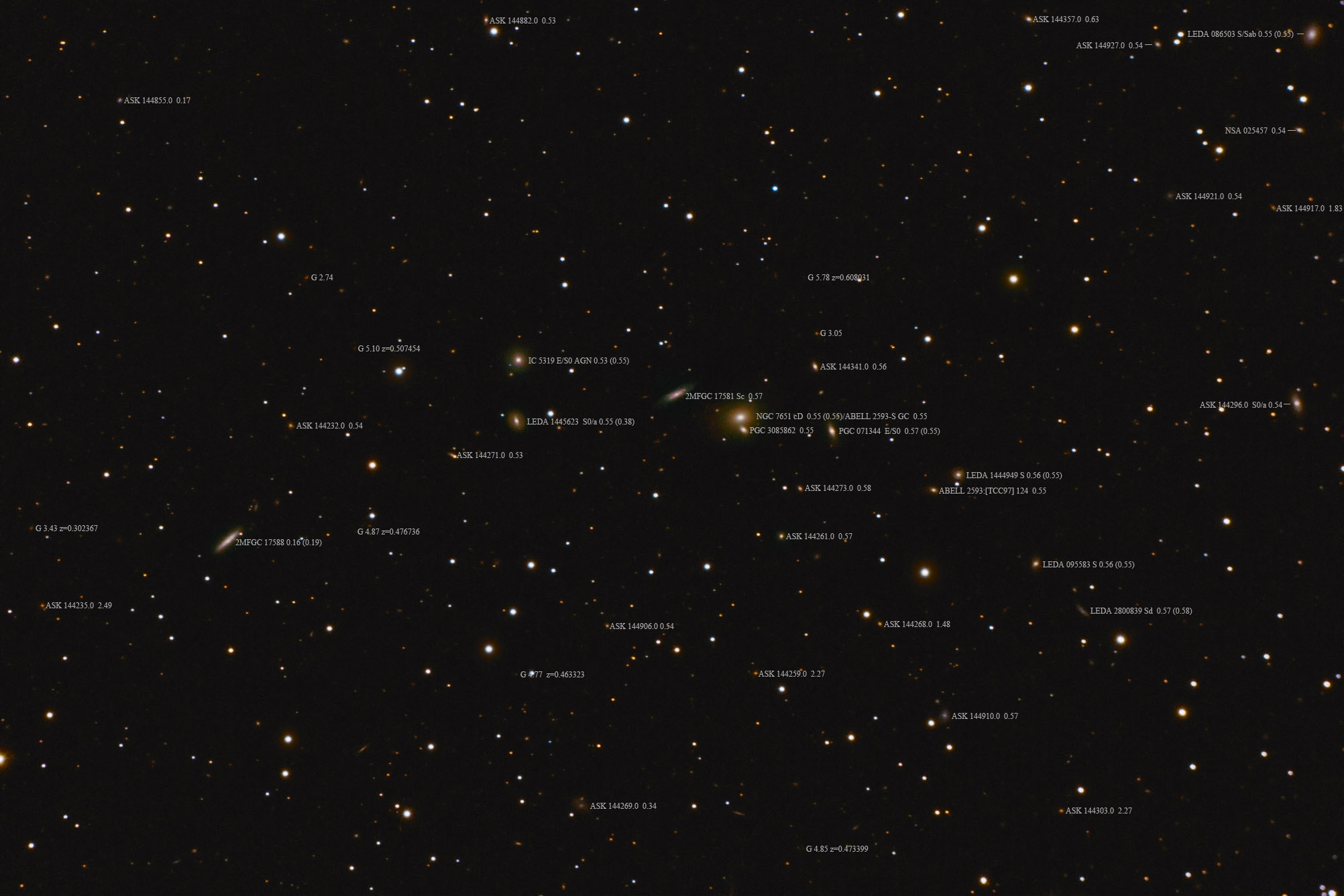