NGC 7788 and 7790 right to left. These two small open clusters are located in Cassiopeia and are about 7,700 and 9,600 light-years away respectively. The distance to NGC 7790 is likely more accurate as it contains three Cepheid variable stars which help pin down its 9,600 light-year distance. NGC 7788 is a rather new cluster, probably only about 40 million years old. NGC 7790 is thought to be a bit older at 56 million years old. I\'ve seen speculation the two clusters are related since the distance to NGC 7788 is rather uncertain. But the age difference would seem to rule this out.

The three Cepheids in NGC 7790 are rather easy to find. They are the TWO brightest orange stars at the Northwest end of the cluster. Notice the brighter of the two is a bit elongated. Seems it is a binary made up of two Cepheids and is known as the variable CE CAS the other Cepheid to its southeast is CF Cass. The bright blue star below the southeast end is the eclipsing binary QX CAS and was discovered in 1956 when the Cepheids were being studied. It varies from 10.19 to 10.7 magnitude.

My system isn\'t well suited for most open clusters. These two fit my system rather well. I haven\'t stretched the image nearly as far as I usually do for faint galaxies so it doesn\'t begin to go as deep as I normally go. This seemed to make for an image that didn\'t look as flat as my clusters do with more stretching as it packs too much range into the limited range of a computer monitor. I thought this one came out better than most of my attempts at open clusters. Since there wasn\'t much to see at higher resolution I down converted the image to 1.5\" per pixel from my normal 1\" per pixel. 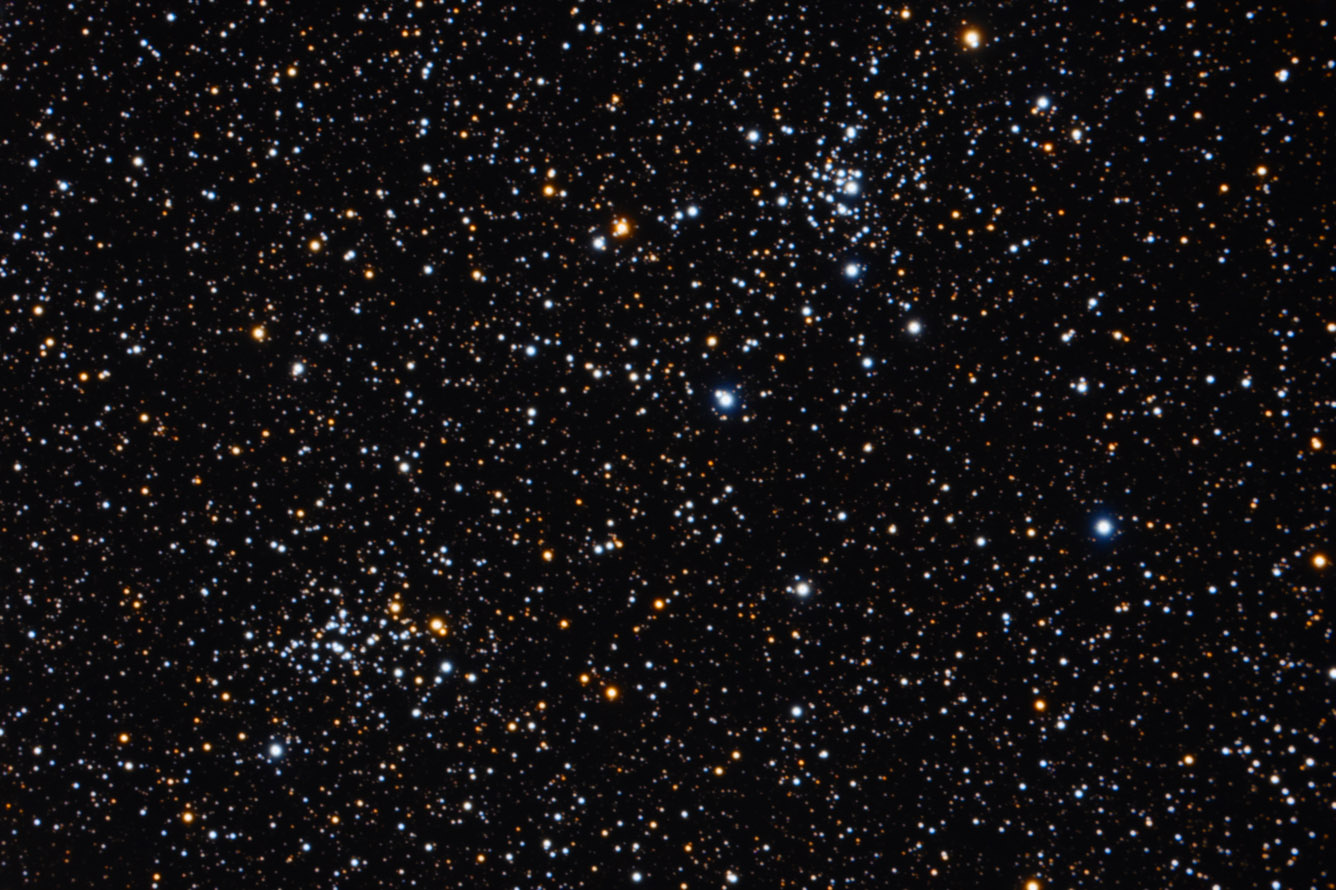