NGC 7814 is an edge on galaxy about 30 million light years away. There\'s a lot going on in this image so bear with me. First off this is an unusually transparent galaxy. In many ways, it resembles M104 which also is transparent. Note you see a \"ghost\" dark lane a bit to the left of the \"real\" one. Since the galaxy isn\'t perfectly edge on we can see the dust lane on the far side of the galaxy right through it as the ghostly second dust lane. The same is true of M104 but not at optical wavelengths. Also, you will see some fuzzy stars through the core bulge of the galaxy. Normally dust would make this impossible. Since the redshifts of these distant galaxies are very different from NGC 7814 it is easy to separate out what belongs to what galaxy allowing studies of how dust and gas in 7814 absorbs light from the distant galaxies and thus how much dust and gas 7814 contains. This turns out to be low for a spiral galaxy. It was discovered by William Herschel on Oct 8, 1784. It is in the second H400 program.


Also, note the smudge above the \"north pole\" of the galaxy. This is real but I can\'t find any mention of it anyplace and have no idea if it is a satellite of 7814 or something very different. If anyone knows let me know. 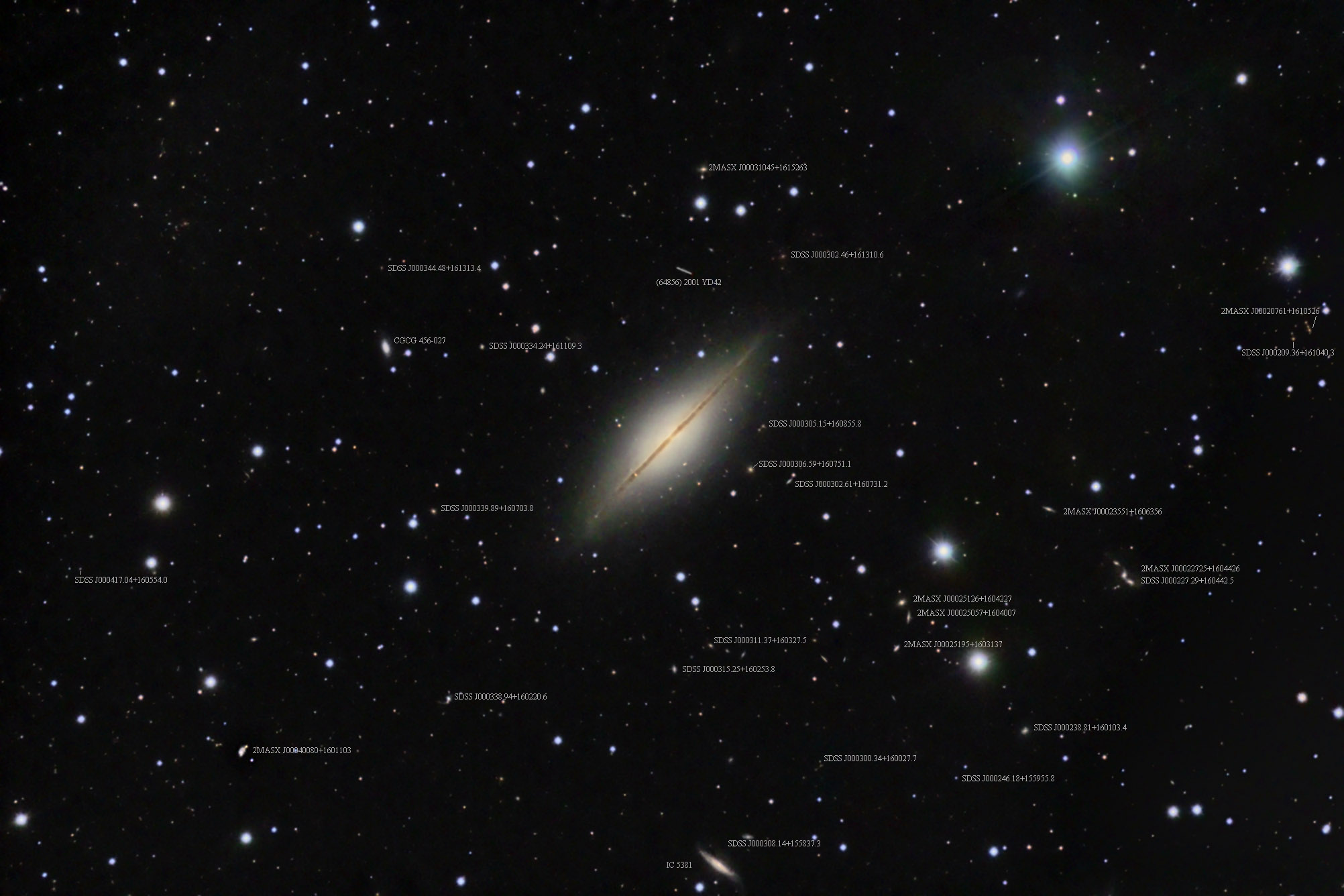 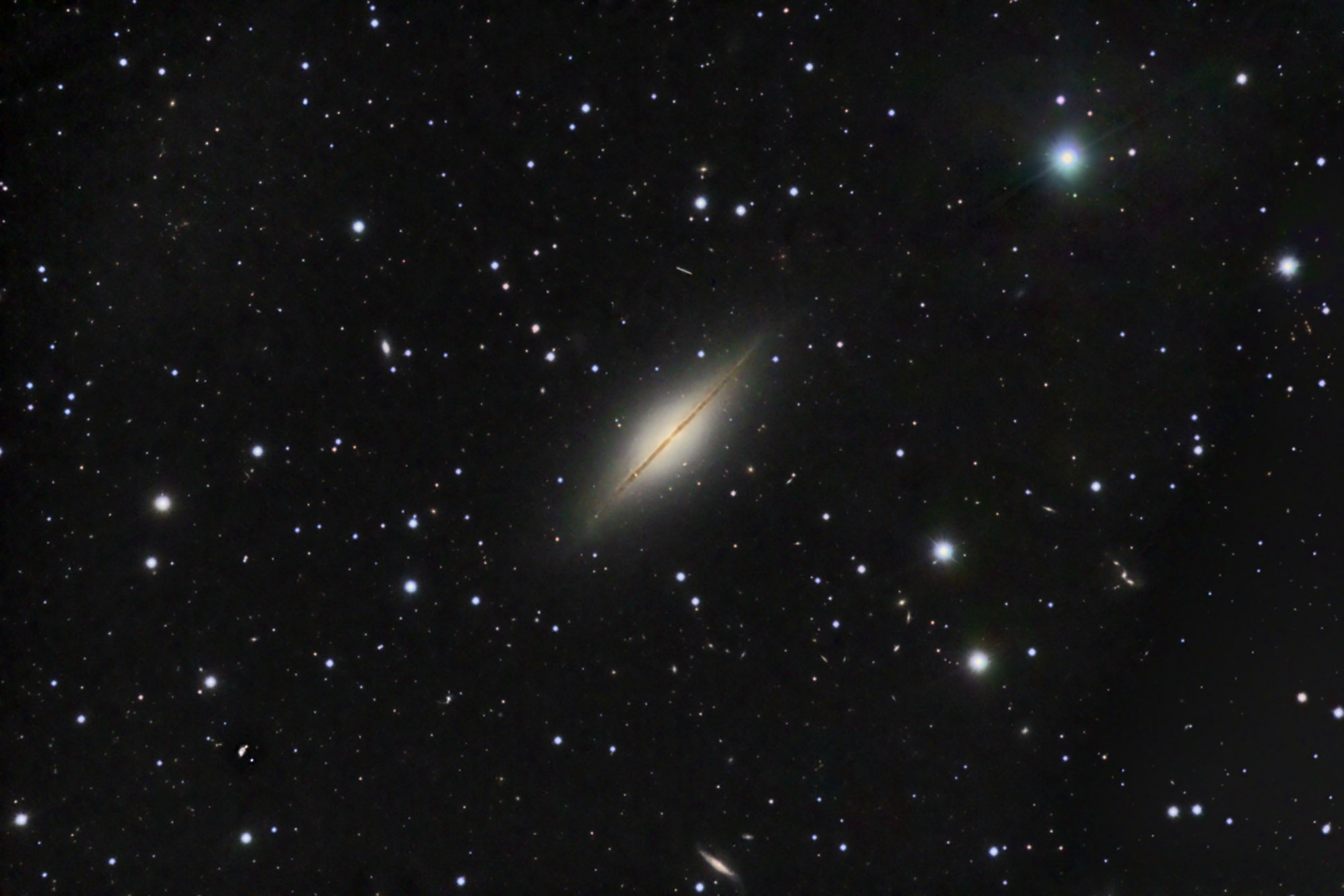