Asteriod (3200) Phaethon was discovered in 1983. It was originally known as 1983 TB meaning it was found during the first half of October in 1983. Once it\'s orbit was followed for one full passage in 1985 it got the name Phaethon (from Greek mythology https://en.wikipedia.org/wiki/Phaethon) because it passed closest to the sun of known Apollo asteroid and could endanger the earth, coming within 13 million miles of the sun thus getting far more heating that even Mercury does, some 1400 degrees. It also can pass close enough to the earth to be considered a Potentially Hazardous Asteroid (PHA) though isn\'t a threat at this time coming no closer to us than 1.8 million miles. But it held another secret, one that was really surprising. Shortly after its orbit was determined it was found to follow a comet-like orbit rather than an asteroid orbit. Then Harlow Shapley found its orbit closely matched that of the particles in the Geminid meteor shower. It took some time for this idea to catch on. Comets made meteor showers from the tons of small particles they shed but asteroids don\'t shed particles, or so it was thought.

It is now thought the extreme heating it undergoes each orbit causes particles to flake off and it is these that create the Geminid shower. No other source for the Geminid meteor shower has ever been found. Also, the asteroid has been detected suddenly brightening much like a comet can during an eruption. All sorts of ideas have been floated including it is a long-dead comet. Since the particles are thought to be shed when nearest the sun to shortly thereafter it\'s passage at almost the time of the shower shouldn\'t have had much influence on the number of meteors shown. Reports vary from only 20 an hour to well over 100 an hour. Rather typical of Geminid showers so apparently that idea is still looking good. I was clouded out here.

With clouds in the forecast, I took the only sort of usable night to catch it passing by. I caught it on the night of December 12 through rather nasty clouds. I\'d normally have used a 15 or maybe 30 second exposure to limit the star trailing as the asteroid was plenty bright at magnitude 11 but thanks to the clouds I needed 2 minutes to get it to stand out from the bright cloud background. The constantly varying cloud density caused the stars to vary in brightness greatly as you can see if you stop on any individual frame. The motion of the animation helps hide this, fortunately.

When I took my 20 frames (42 minutes) animation the asteroid was about 10.4 million miles away. Closest it came on the 16th was 6.4 million miles and it was moving much faster. Not knowing when or if it would clear I started the telescope tracking the asteroid even before it got dark. The hole didn\'t open up until over 6 hours later. One thing I didn\'t think about was it got 200,000 miles closer and was moving faster in the sky than when I started tracking. I\'d locked in the tracking rate at the wrong speed and slightly wrong declination rate. So rather than remaining centered it drift a bit in the animation. I should have refreshed the tracking rate but dummy didn\'t think of that at the time. Still, it held the asteroid pretty round. I spent hours cleaning up the most cloud damaged star trail, however. To get enough light through the clouds I binned the exposures at 3x3 for 1.5\" per pixel resolution. I was planning on a much longer animation (60 frames) but clouds limited me to 20 frames. It snowed every night between the 12 and the closest passage 4 days later with no end of clouds in the forecast. I\'ve seen some great animations of it on the net. This isn\'t one of them. :( 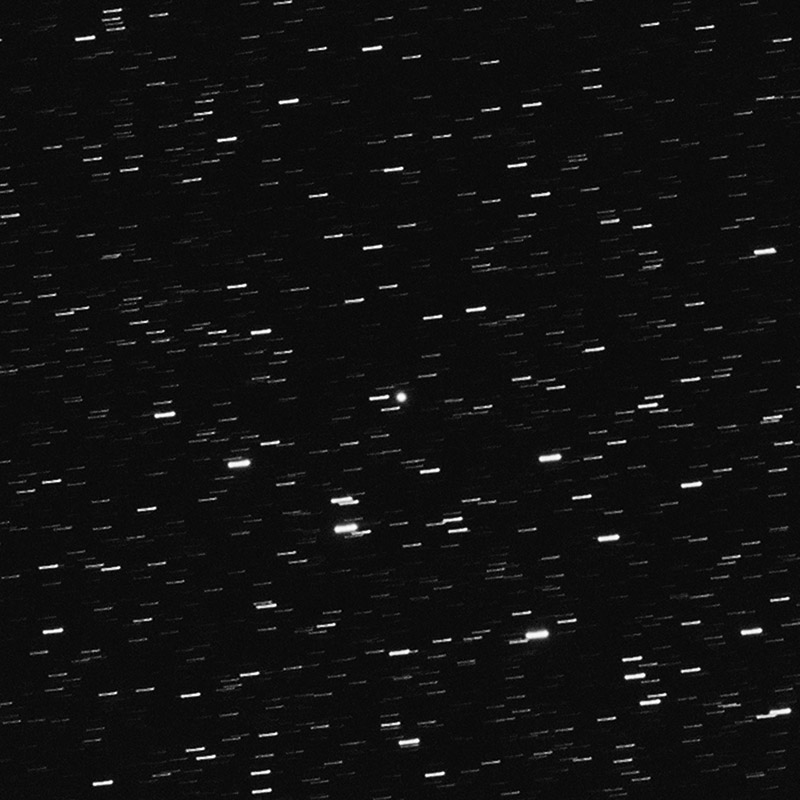 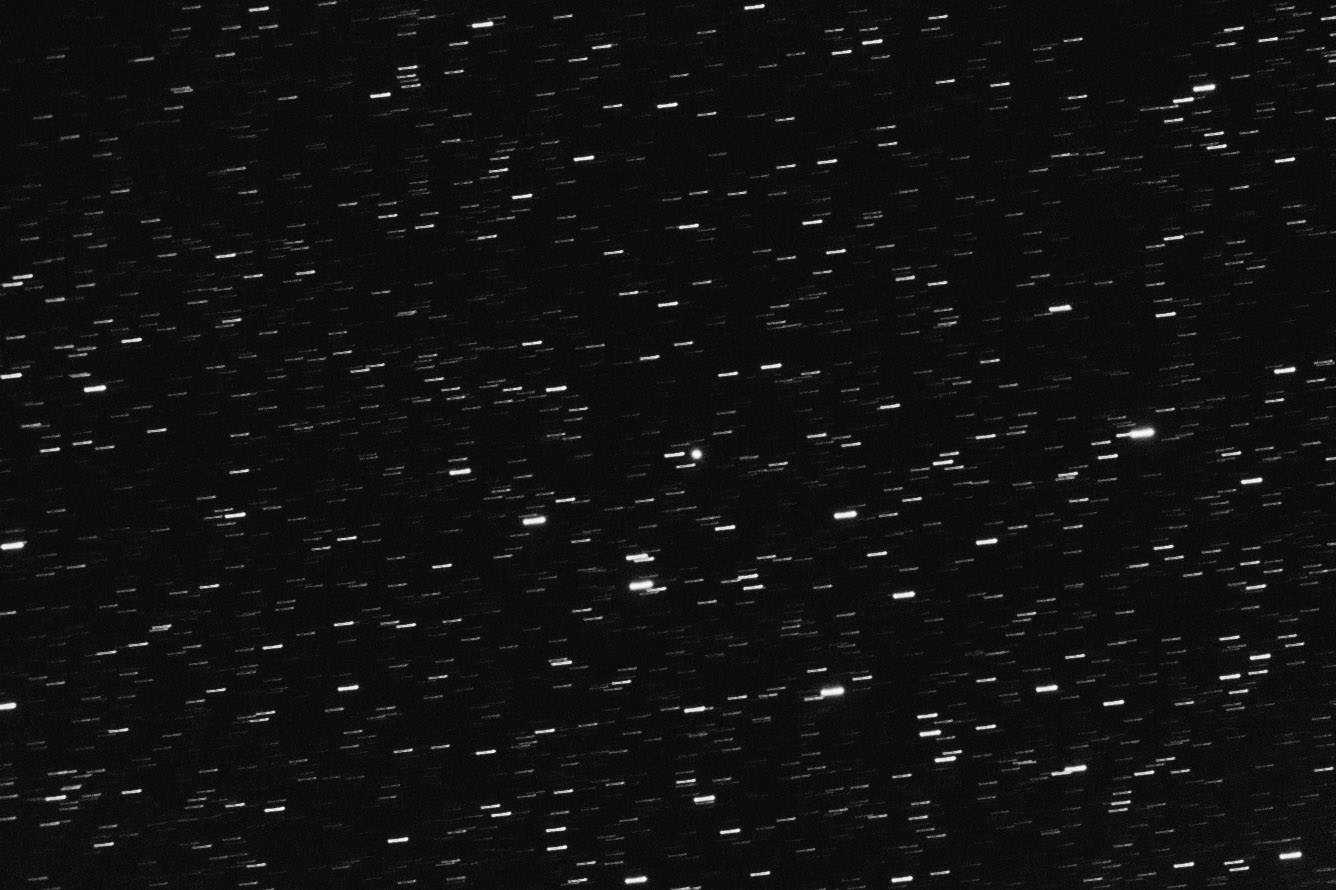