Abell 347 is a large galaxy cluster just three quarters of a degree southeast of the far more well-known edge-on galaxy NGC 891 in Andromeda. NED lists the cluster as being some 240 million light-years distant. They list it as morphology class II-III meaning it has several Cd galaxies but no condensation that defines a core region. They show it as huge with a diameter of 863 arm minutes -- over 14 degrees! Yet it is listed as richness class 0 which is only 30 to 49 galaxies. I have far more than that in the image though which are true members is difficult to say. The annotated image lists all with a redshift at NED. All had a redshift consistent with being cluster members so I didn\'t include the distance. All would be in the 240 million light-year range with differences due to relative motion around the cluster\'s center of gravity.

NGC 910 is the Cd galaxy closest to the center coordinates of the cluster so that is where I centered the image. While NGC 891 is within the cluster radius it is a nearby galaxy by comparison and not a member of the cluster and falls well outside my image frame. Both NED and the NGC project show NGC 911 near the top of the frame as being an elliptical galaxy. Yet it has the appearance of a disk galaxy that is either S0 or Sa with a very obvious dust lane. I suppose that dust lane could be due to a spiral it ate recently ŕ la Centaurus A and the apparent disk an illusion but I am having a hard time buying that. It is red for a spiral but then so is UGC 01866 to the west-northwest of NGC 0910 which is listed as a barred spiral. UGC 1858 is another rather red barred spiral though there\'s a hint of blue in its outer arm structure. NGC 913 is listed as elliptical but looks more S0 like to me.

There are a handful of very blue but small in angular size galaxies in the image. None had redshift data so I don\'t know if they are dwarf members of the cluster or distant background galaxies.

This is my last 2013 image unless one is still hiding someplace on my hard drive. Not a highly unlikely possibility. Assuming this is really the last 2013 object I\'ll be finally moving into the current year next posting. While December was very poor for imaging January was better in that I was able to capture more objects, the skies weren\'t up to normal standards many nights limiting quality many of those nights. 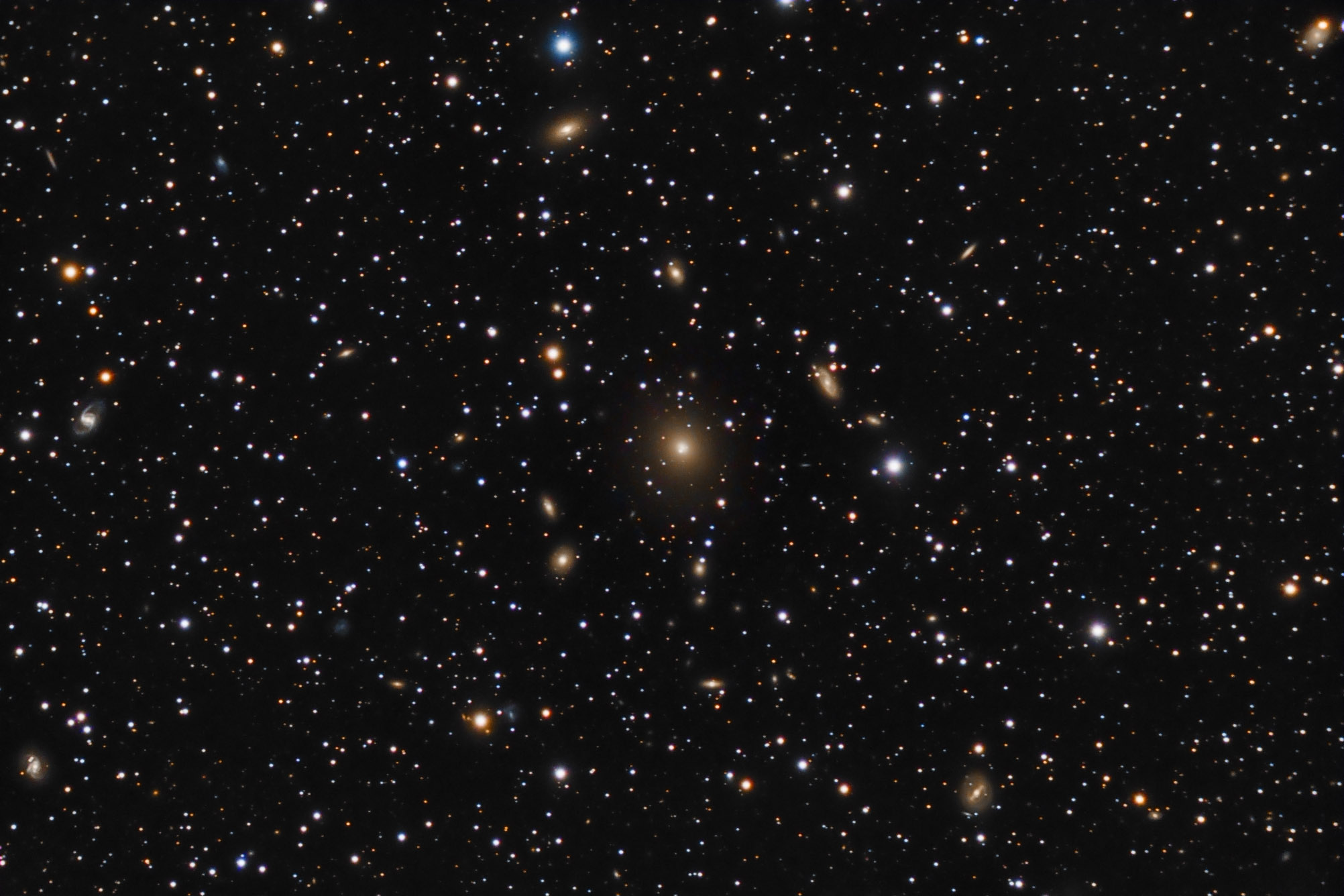 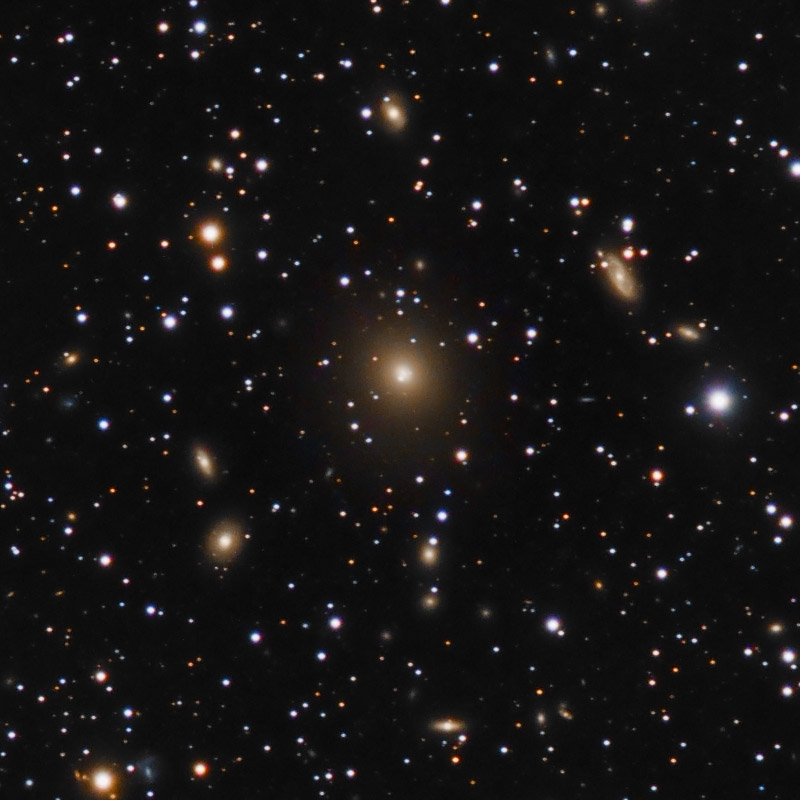 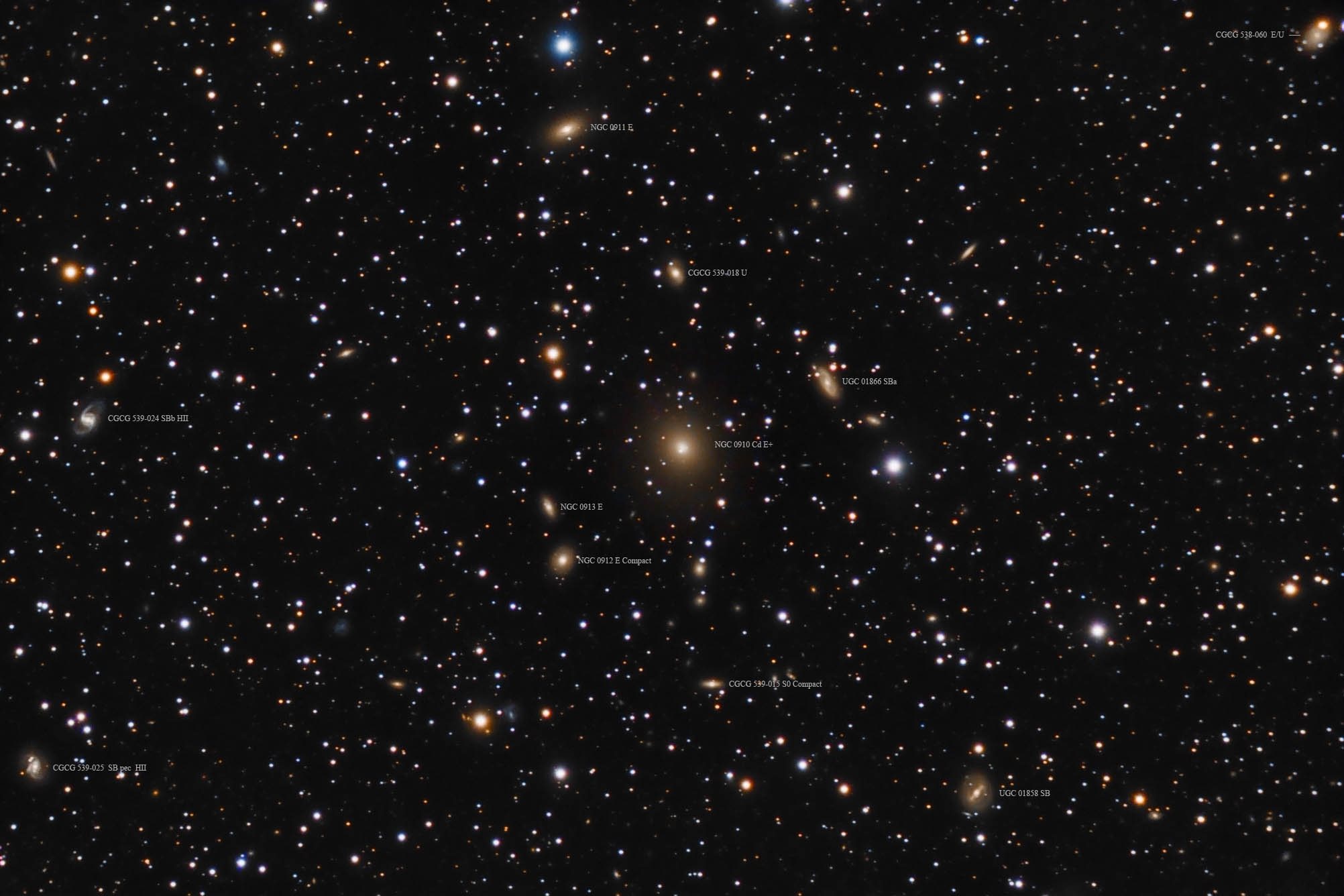