ABELL 1758 is a rather large galaxy cluster in northwestern Canes Venatici that is about 3.2 billion light-years distant. It is listed at 22 minutes in diameter though it appears rather condensed into two parts a bit northwest of its center position. It is listed as richness class 3. Many think this dual nature is due to it being a near merger of two clusters

While the two parts mentioned above are each condensed around a bright large galaxy they are considered the northern part of the cluster. Below these, near the bottom of my image is the southern group though the biggest and brightest galaxy in this group is much closer and not a member of the group. Still, most simulations of the merger show the two northern parts rather than the southern one. Search the term \" abell1758 galaxy cluster \" for links to video and published articles on the merger.

This was a very early image when I was just testing out how faint my system could go. I never did take color data on it and processing was crude as my skills were very limited and my processing tools even more so. Not having easy access to the raw data which is on a hard drive under my stairs I made only minor improvements to the already badly processed TIFF image. For now, this will have to do. 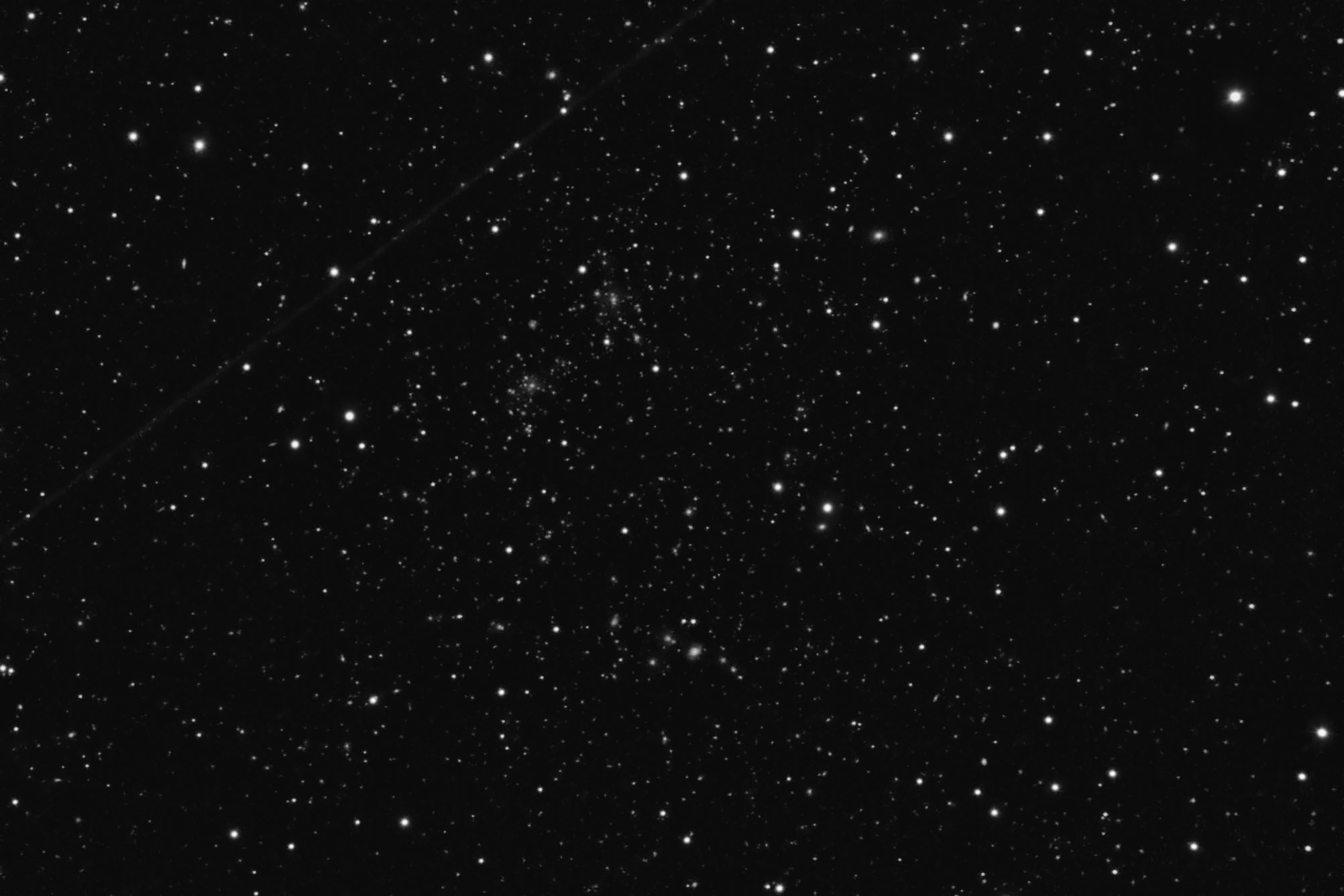