Alberio is a famous double star for amateur astronomers at the head of Cygnus the Swan. Great for beginners and always a crowd pleaser for public groups. The reason is the two stars that our eye sees as one are easily split by even the much maligned \"dime store telescope\". They are quite different in temperature and thus spectroscopic type. One is an orange K3 giant star and thus orange-yellow while the other a main sequence B8e star. These are very hot stars shining more in ultraviolet light we can\'t see than in visible light. This results in a rather blue star. Even the \"dime store telescope\" shows this color difference very vividly.

We now know the K3 star itself is a double star of about 0.4\" separation. It takes a large amateur scope in very good skies to see the companion which has made about 25% of its orbit since discovery so there\'s still some uncertainty about the orbit. The companion is a B9 dwarf star so much fainter. While Alberio\'s two main stars are about the same distance away from us, 380 light-years +/- 30, it is uncertain if the two are actually a true double and thus orbiting a common center of gravity or just share a common proper motion across the sky. If they are orbiting the period would have to be very long, 75,000 would be a minimum estimate. Estimates go well over 100,000 years.

The golden star has a temperature of about 4400K compared to our sun\'s 5000K temperature and is about 50 times larger in diameter (125,000 times by volume). It is about 5 times as massive as our sun with means most of its size is a pretty good vacuum! But being a giant gives off about 950 times the light of our sun. The blue star is a B8e main sequence star of about 12,100K, 190 times brighter than our sun with 3.3 times the mass. It is rotating at 250 km per second. Astronauts orbit the earth at a bit less than 8 km per second. The e means the star is an emission star so losing mass, mostly hydrogen its UV light causes to glow creating an emission line where most stars have an absorption line. The mass loss is likely related to hits high spin rate.

Note a similar gold/blue pair in the lower right of my image. 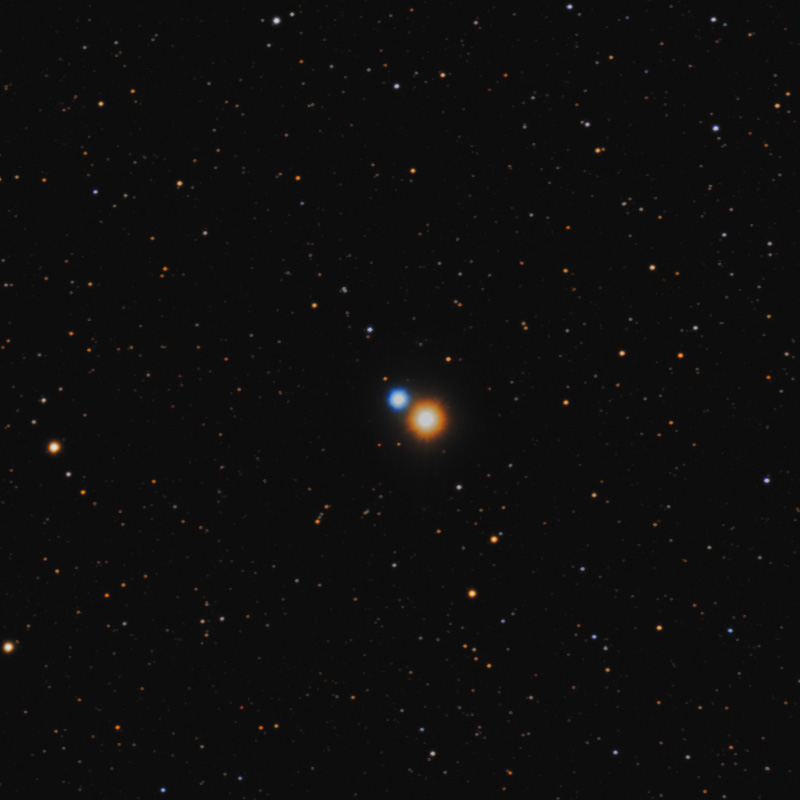 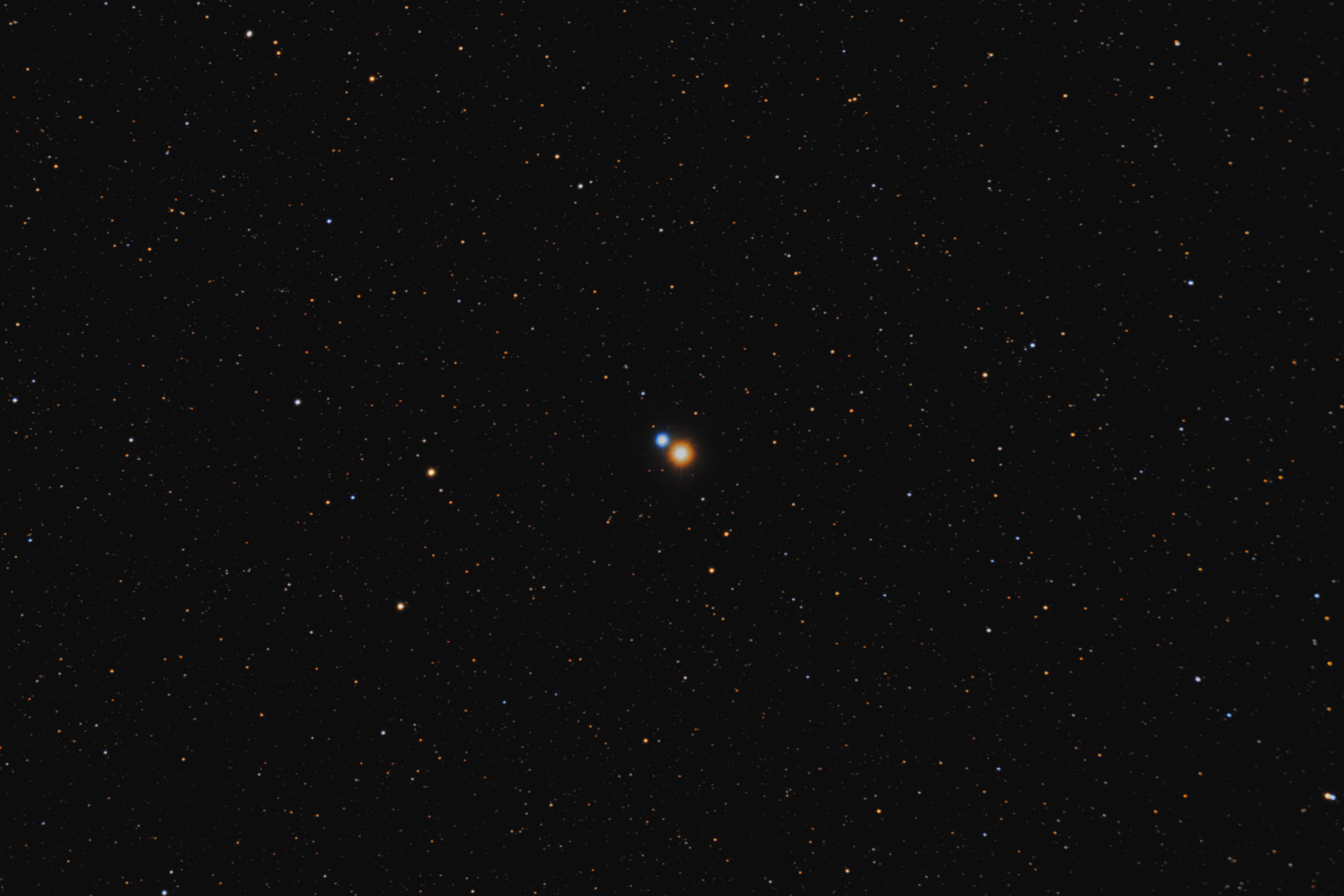