Barnard 23 is a dark nebula in northern Taurus. I find very little on it. It is listed as being opacity 5 in which 6 is the most opaque. Not in a dense starfield or in front of bright nebulosity it doesn\'t stand out as strongly as some of his dark nebulae. At the north end is the F0 main sequence star HD 29537. My luminance and blue filters picked up an off-center glow around it. The shape being constant between the filters. I suspect this means it is real and thus a reflection nebula lit by the magnitude 6.8 star. However neither SIMBAD nor any other source I checked list anything but the star at that position. I see it as a similar off center on the blue POSS II plate though it is very dim. If someone else can take this field that doesn\'t have the glare issues I sometimes have it would help to determine if it is real or not. Since glare patterns are almost always different in the luminance and blue filters and these are the same I left it in as a possibly valid object.

5 asteroids were caught in the image, one moving very slowly at the far right edge. See the annotated image for details. 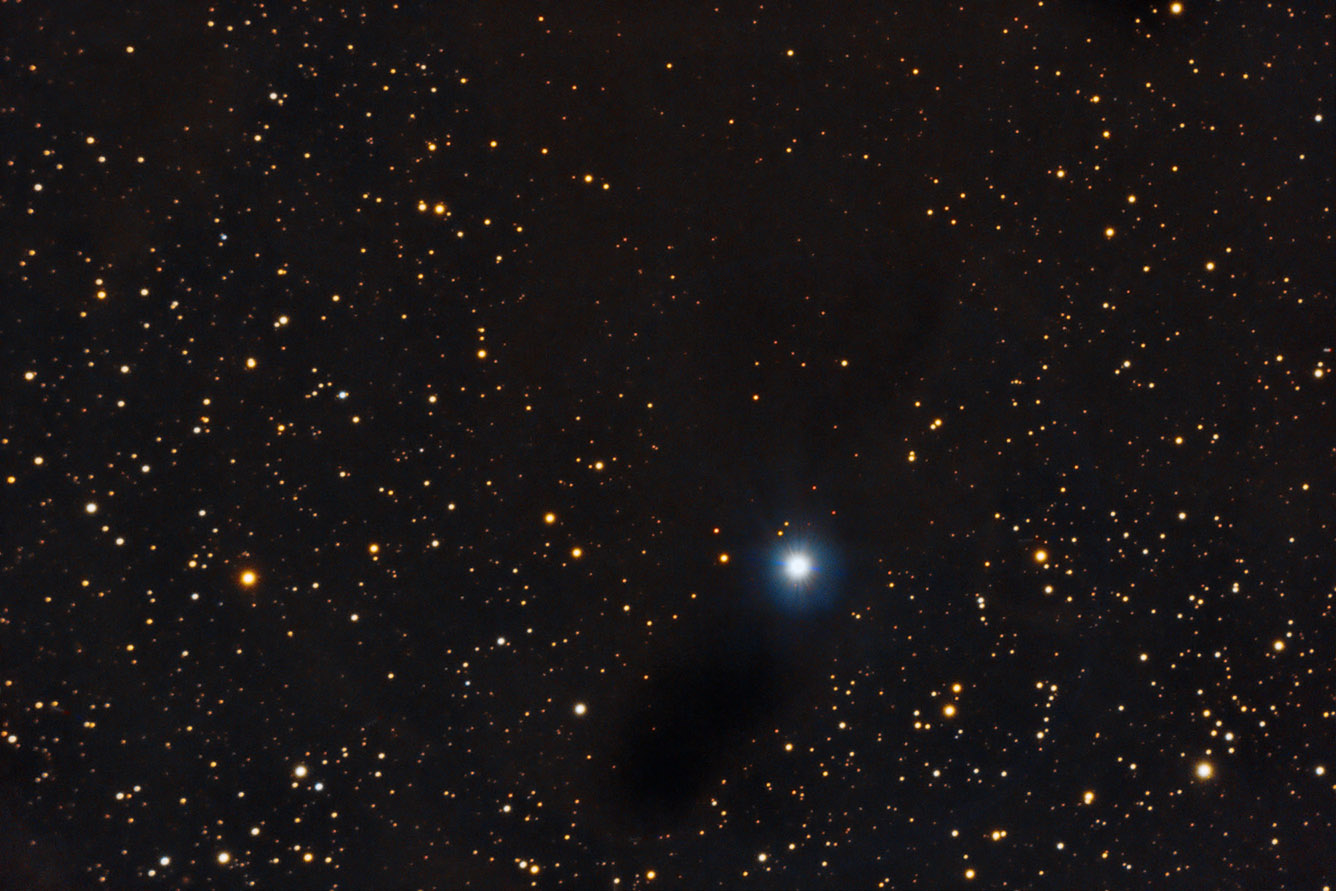 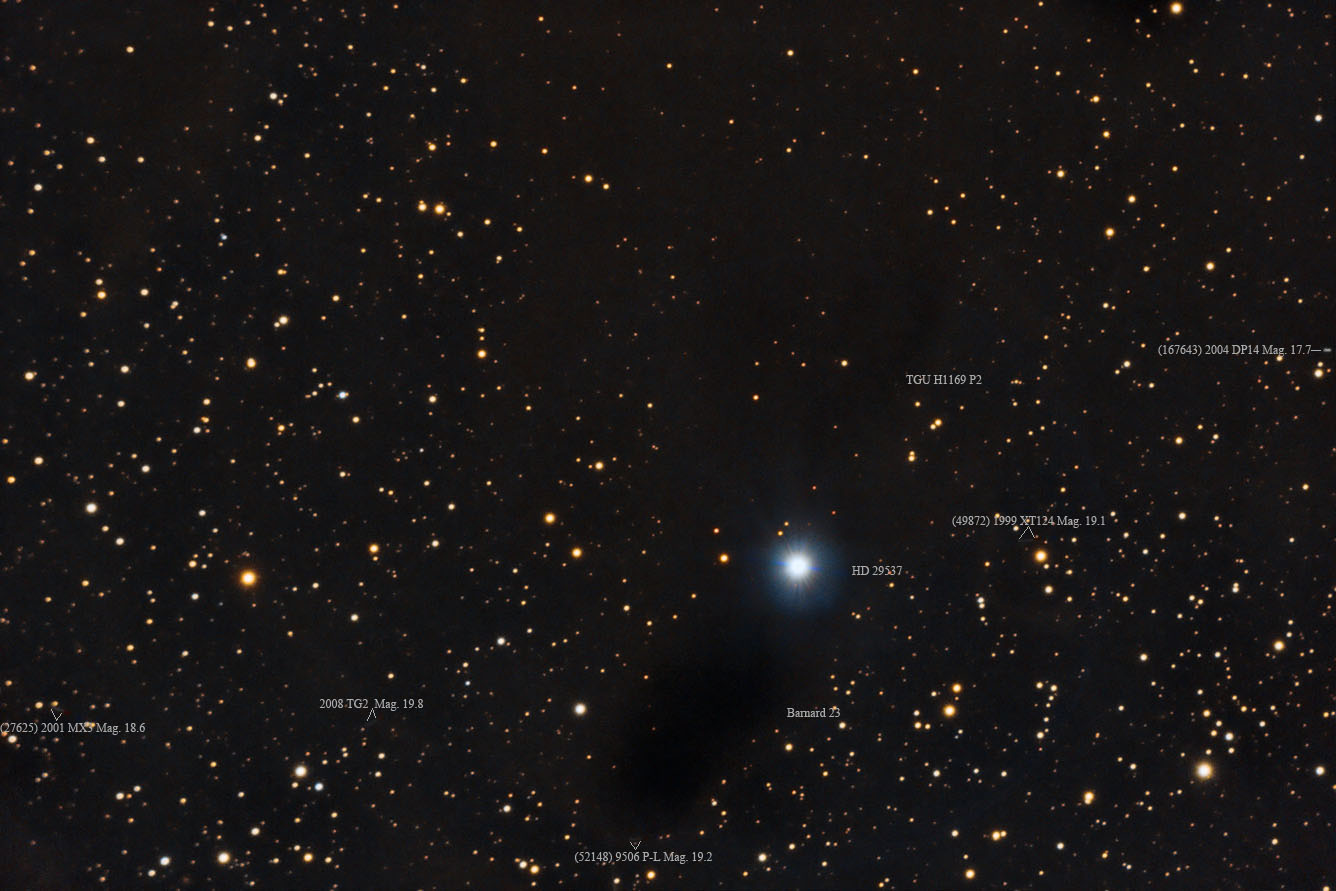