Barnard 100 and 101 are dark Nebulae on the western edge of the Scutum Star Cloud helping to define it. These two are the Rodney Dangerfields of dark nebula as they get no respect. Even a Sky and Telescope blog article by fellow Minnesotan, Bob King, on Dark Nebulae in Scutum ( http://www.skyandtelescope.com/astronomy-blogs/dive-into-scutums-dark-nebulae071520151507/ ) that lists 15 in Scutum fails to include either of these. In fact, except for listings of Barnard Nebulae, I find virtually no mention of these two. Poor 101 gets its top half cut off in my image further humiliating it. I need to rotate the camera to catch it all with 100. I was going to take a second frame with it and mosaic the two but weather had other ideas and it was too far west at its low declination for that to happen this year. Maybe another year.

Barnard 101 may be part of LDN 443, at least one paper considers this to be true but SIMBAD does not. I get confused when dealing with dark nebulae designations. It appears connected to 100 by a thin dark lane so I assume it is also about 650 light-years distant but have no confirmation of this. 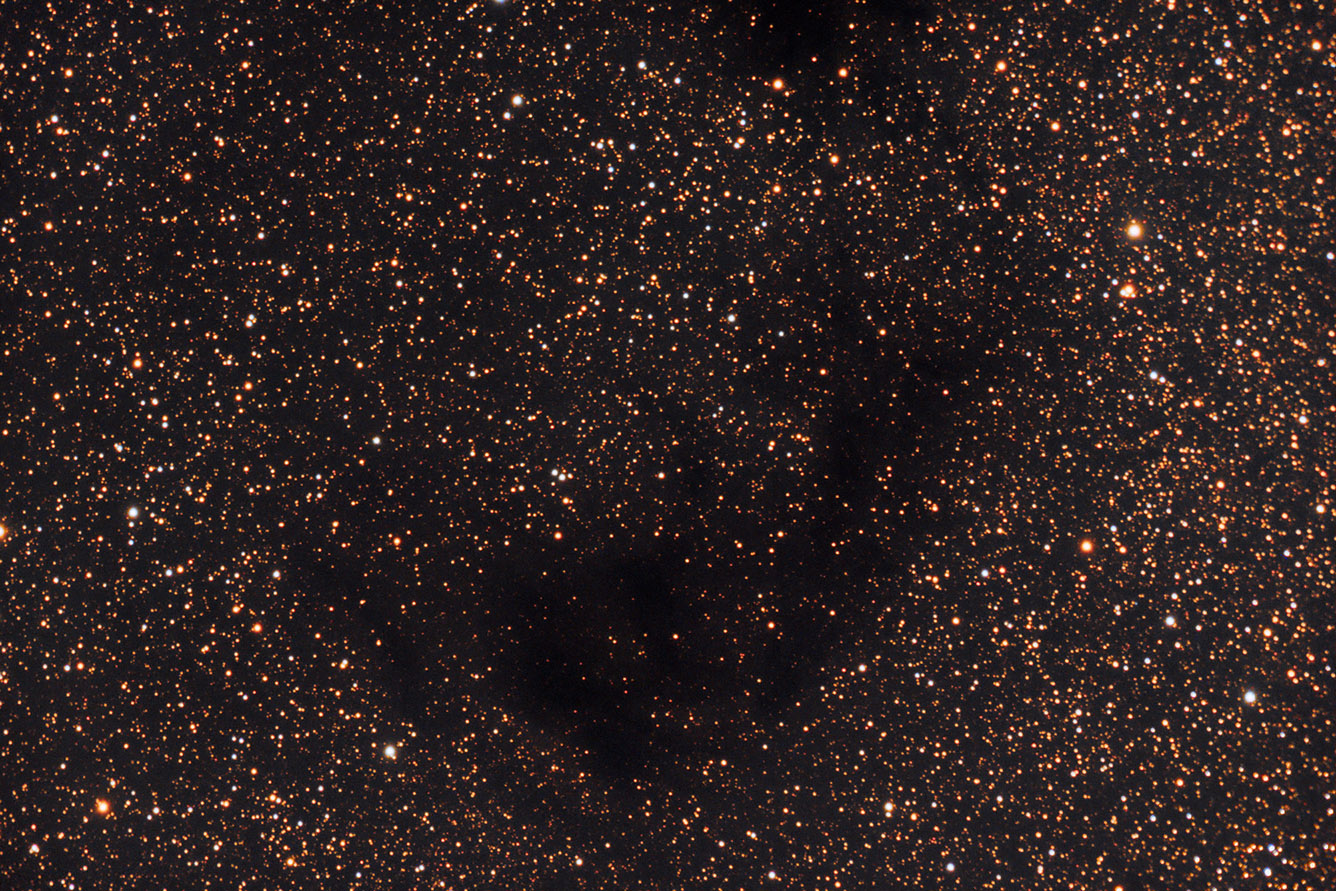