These two Barnard dark nebulae are located in southwestern Aquila. Barnard 127/LDN 544 is much denser, therefore darker than Barnard 129/LDN 549 to the northeast. Though some sources list both as being of density 5 on a 1 to 6 scale with 6 being the greatest density. There are small nodules in Barnard 129 that might qualify but considered in its entirety it is not as dark as Barnard 127. They are the densest parts of a much larger dust cloud that covers much of my image as shown by the reddened stars that contrast with the dust free regions. Between the two is another region that is denser than many of Barnard\'s nebulae. This middle cloud is listed at SIMBAD as [DB2002b] G29.32-4.73. The cloud east of Barnard 127 isn\'t listed in SIMBAD that I found. Barnard 129\'s southeastern section is the darkest. This part carries the separate designation TGU H292. 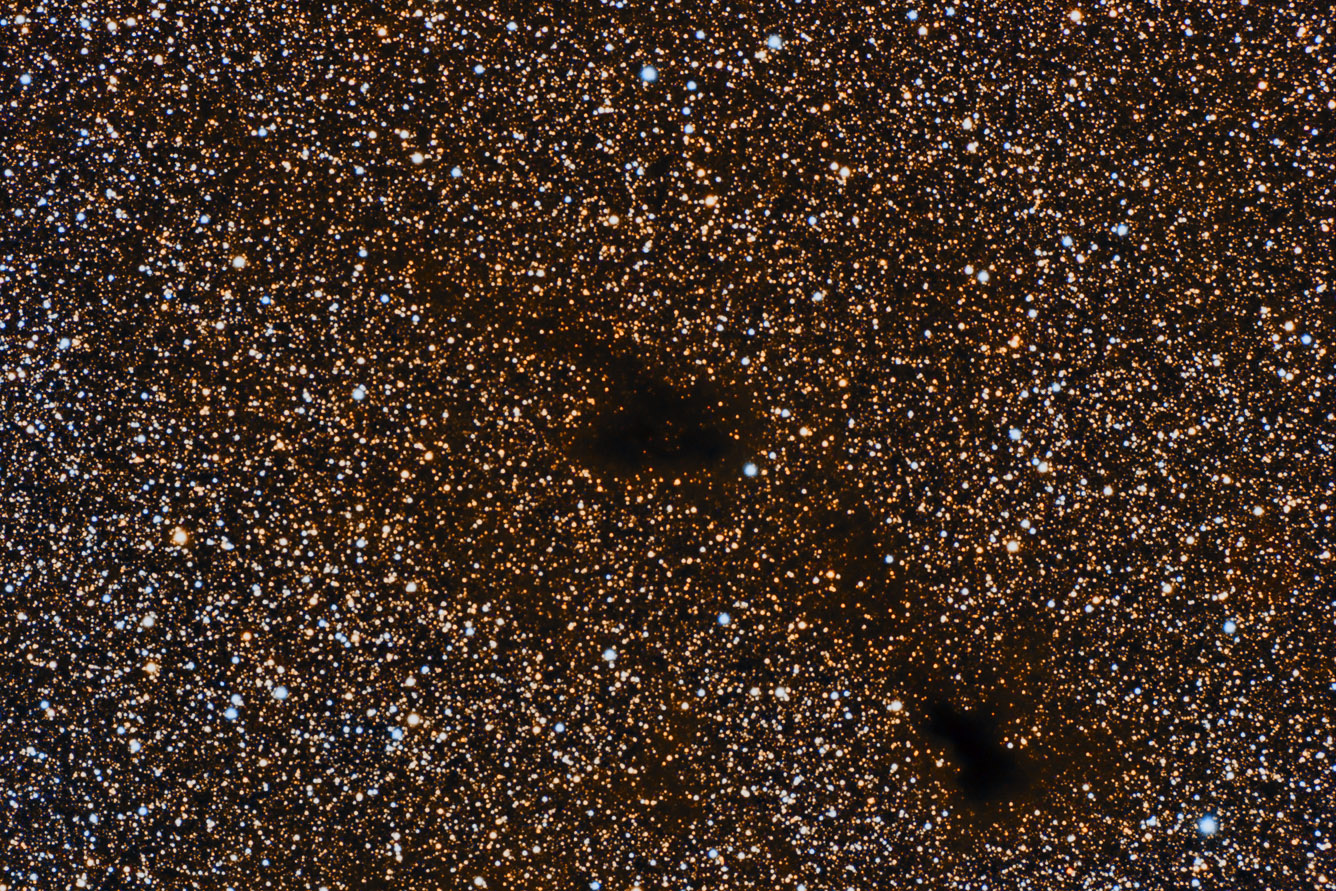