Barnard 133 is a dark nebula in Aquila seen against the Scutum Star Cloud which does extend eastward into Aquila. It is rated at opacity 6 which is the highest level. Though to me only parts of it rate that level. It stands out clearly against the star field both visually and photographically. I found no distance estimate for it. Considering how few stars are seen against it I suspect it is rather close at less than 1000 light-years, maybe a lot less. But this is a pure guess on my part.

While I captured the dark part of the nebula the cloud in much thinner form shows as a reddening and dimming of stars to the north extending beyond my image frame. 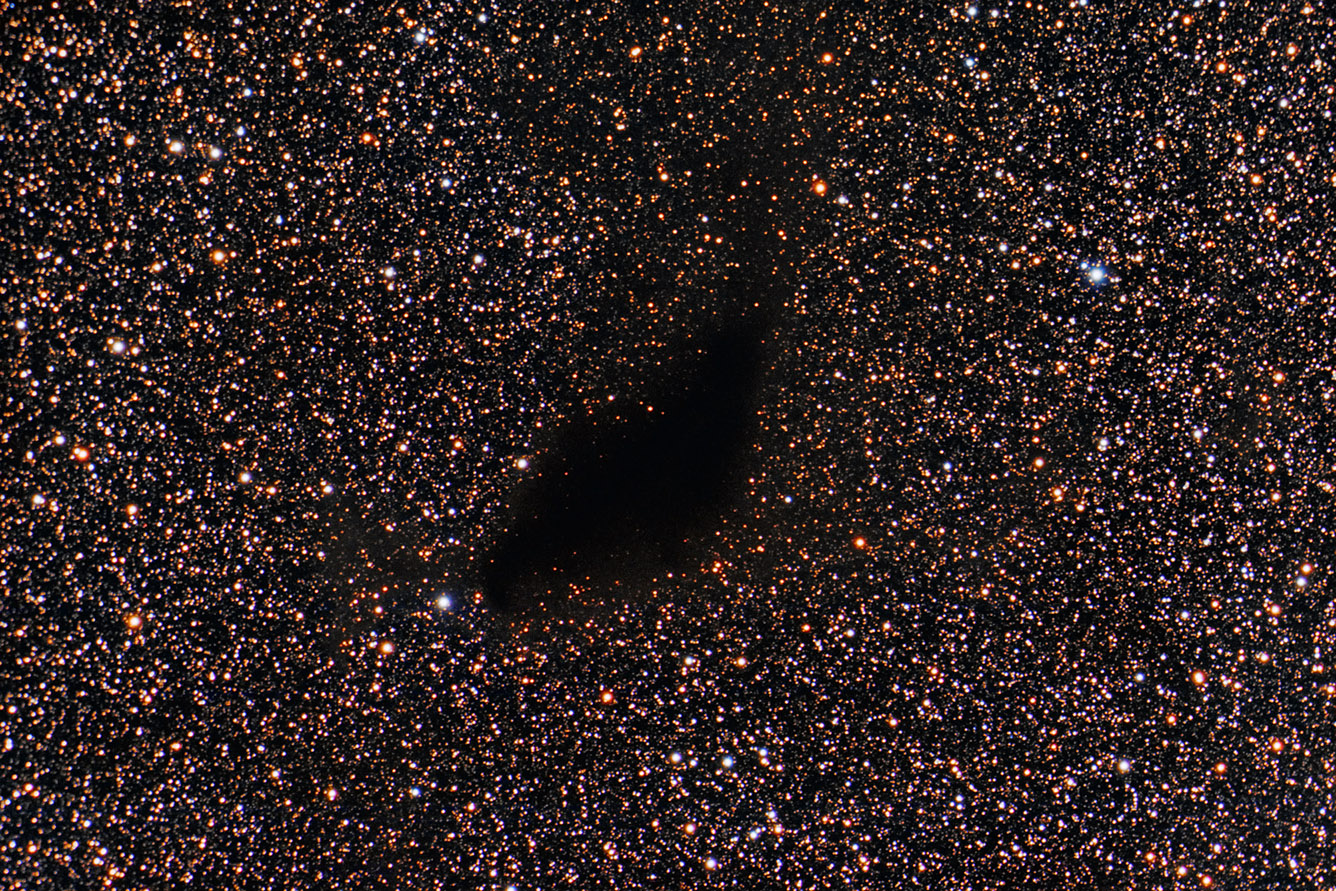