B174/LDN1164 is a dark nebula that nearly fits my field of view. Most are too big. IR shows it is hiding a bunch of new stars which isn\'t much of a surprise. One is seen just to the east of the northern end of the cloud. I show it in a separate image. It is seen because it is a Herbig Haro object known as HH354. It is obvious in the luminance image but was difficult in the red image. Some H alpha data likely would have helped bring it out. I didn\'t find any distance estimates for this Cepheus object.

Conditions for this one were so poor I needed 3 nights of lousy transparency to get this one. The frames were so poor I\'d normally throw them all out but by combining the ten best over the three nights (only 5 green met even this low bar) I managed this image. 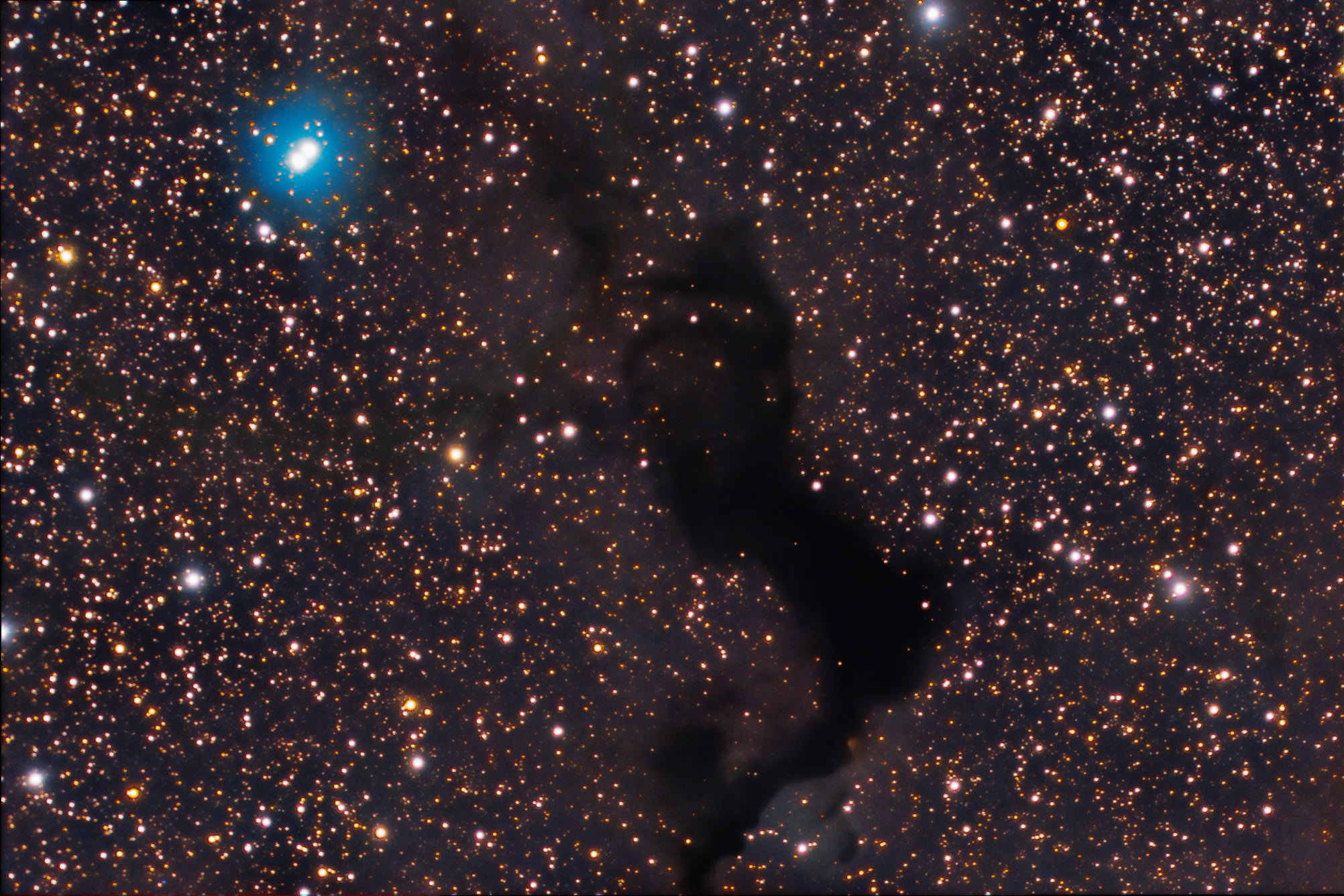 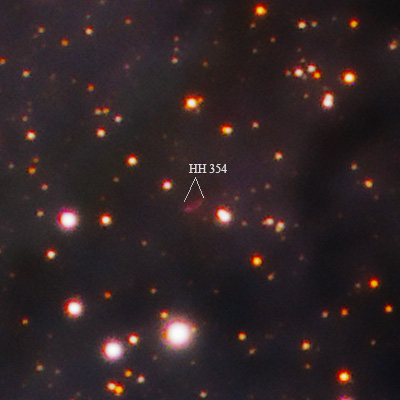