Barnard 330/LDN 647 is a dark nebula in Aquila. There is virtually nothing on it that I could find in the literature. While determining the distance to such nebula is difficult and has a wide error margin I found not even one attempt to give it a distance. One source put typical dark nebula in Aquila at about 1000 light-years. I have no idea if this might apply to this dark nebula, however. NED lists one heavily obscured galaxy in the image. I didn\'t make an annotated image for one very faint smudge of a galaxy. NED had little on it but its position. It is 2MASX J19194212+0721408 which gives its position for those who just have to find it. 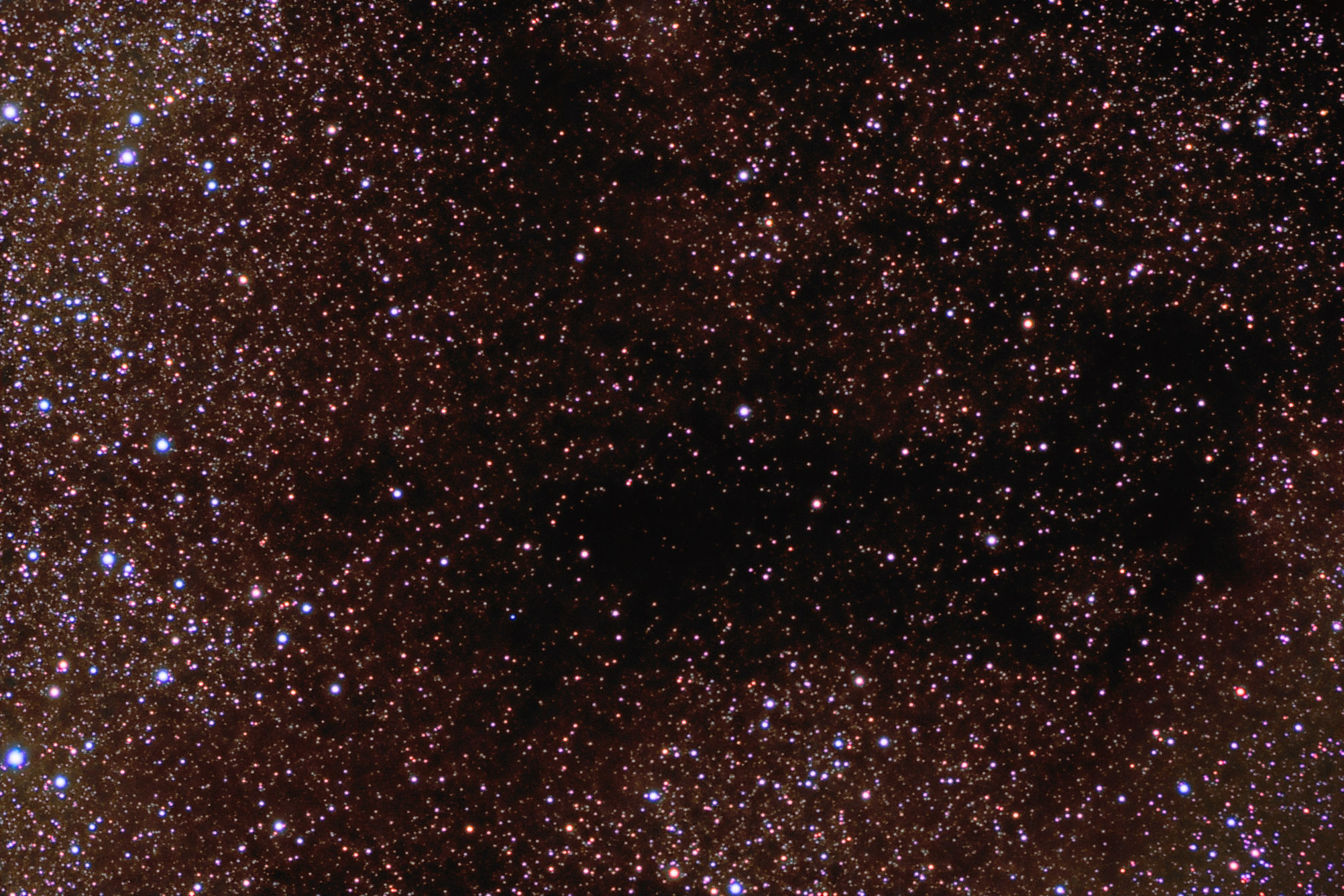