Barnard 335/LDN 663 is a small, very dense dark nebula on the eastern edge of the Milky Way in Aquila. It is considered to be a Bok globule. These are usually seen in emission nebula as dark dense regions where star formation is likely occurring. They can, however, occur wherever a dense molecular cloud is found. Many of Barnard\'s smaller dark nebulae are Bok globules. Bok globules are cold. One paper measures B335\'s temperature as 10 Kelvin which is near absolute zero so very cold indeed. Cold gas and dust like this is needed for star formation. If warmer the dust and gas has too much energy to condense to form stars. I found several distance estimates ranging from 250 to 420 parsecs (800 to 1400 light-years). You are free to flip a three sided coin on this one. I tend toward the larger distance as the estimates were slightly clustered to the high end of this range.

Reddish dust can be seen in areas east of B 335. Though a surprisingly large area of the field appears rather dust free judging by the star colors. 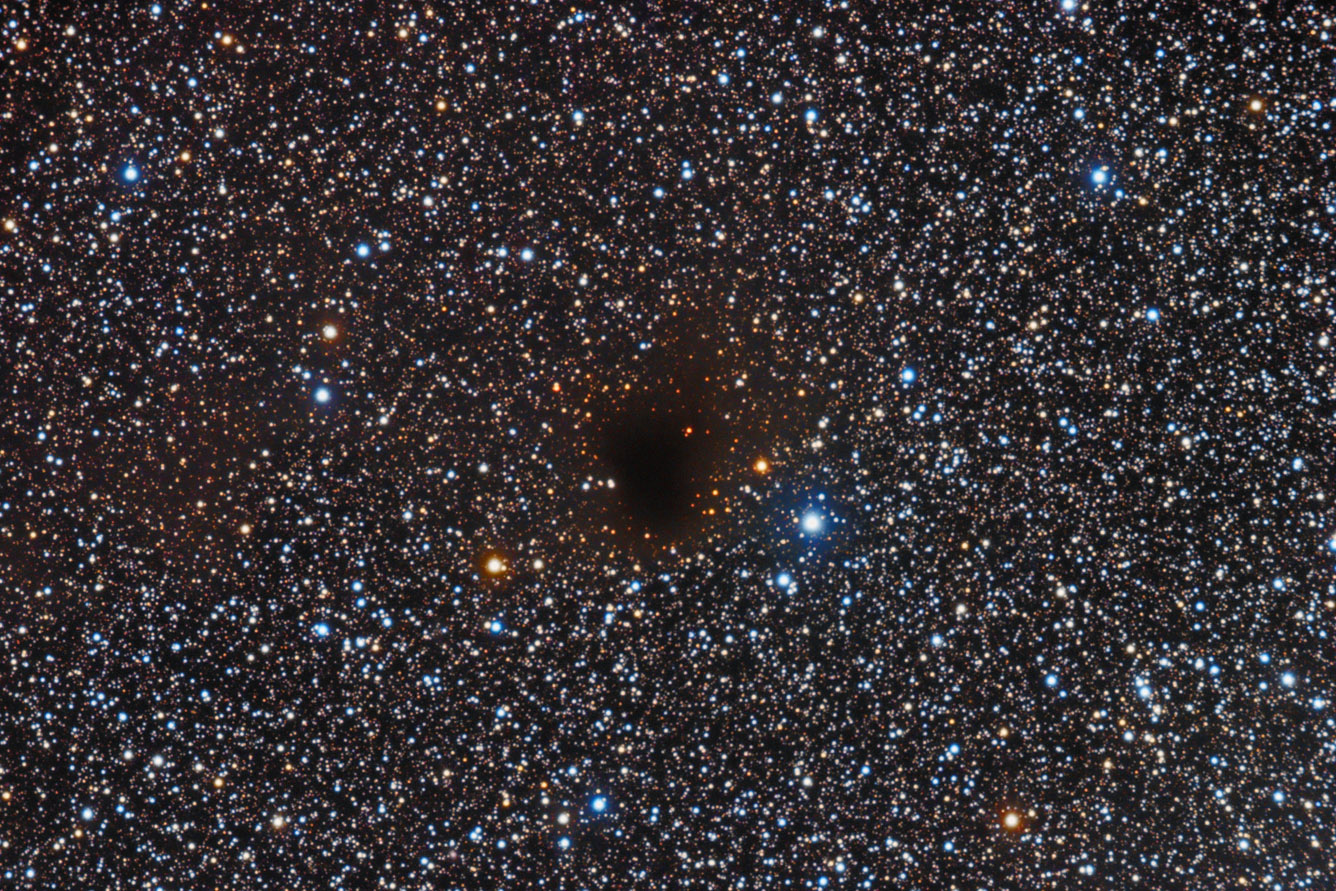