Barnard 352 is an interesting dark nebula that makes for a poor Hudson\'s Bay in the North American Nebula near Deneb in Cygnus. Actually, it lies north of the main H alpha portion of the North American Nebula in a region that has both some H alpha and some reflection nebula components. Taken through rather nasty clouds my color data is rather suspect, especially the blue which may be too weak giving more red to the image than it should. Being about 20 minutes across its long diameter it is a good visual target. It shows surprisingly well in my 10\" f/5 at 50 power even without any type of nebula filter though the OIII does help it some. I\'ve been unable to find a distance for it. It is likely closer than the North American Nebula complex that it partly obscures. That, however, has so many different distance estimates it made my head spin. Most fell between 1500 and 2200 light-years. So the dark nebula must be closer than whatever distance you pick for NGC 7000/North American Nebula. That nebula is far too large for my system so I settled for a poor excuse for Hudson\'s Bay instead as it did fit my field. 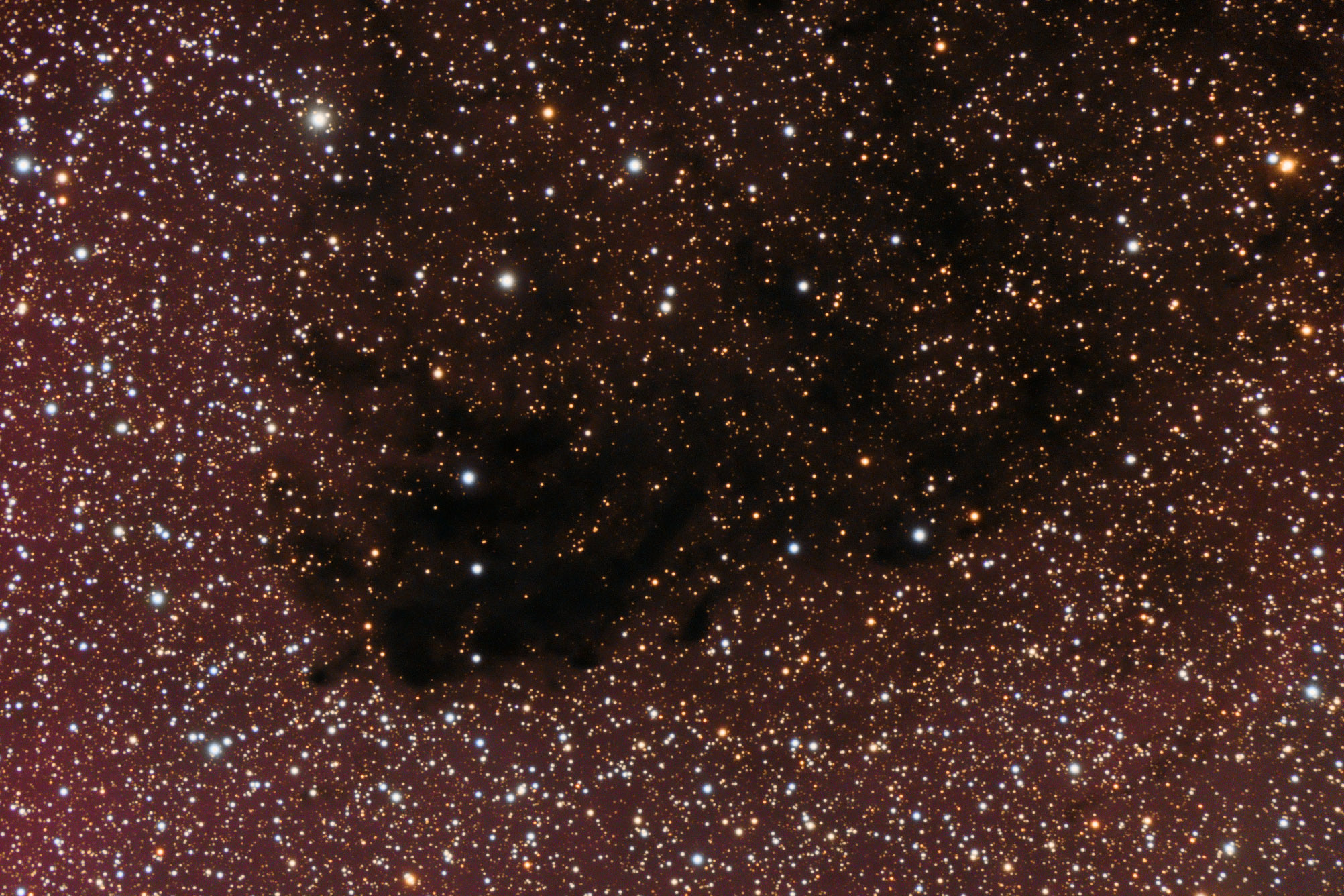