Barnard 361 is a dark nebula in Cygnus about half way between the North American Nebula and M39. It\'s also known as LDN 970. I\'ve seen it pitched as being a \"pitch-black blotch\" but as my image shows most of it is overlaid by a faint haze. Only some pieces seem to be truly black. I found one popular article saying it is 10 light-years across. That would put it about 1800 light-years distant. But a paper on dark nebula lists its distance as about 1200 light-years. I found little else in this field which surprised me. 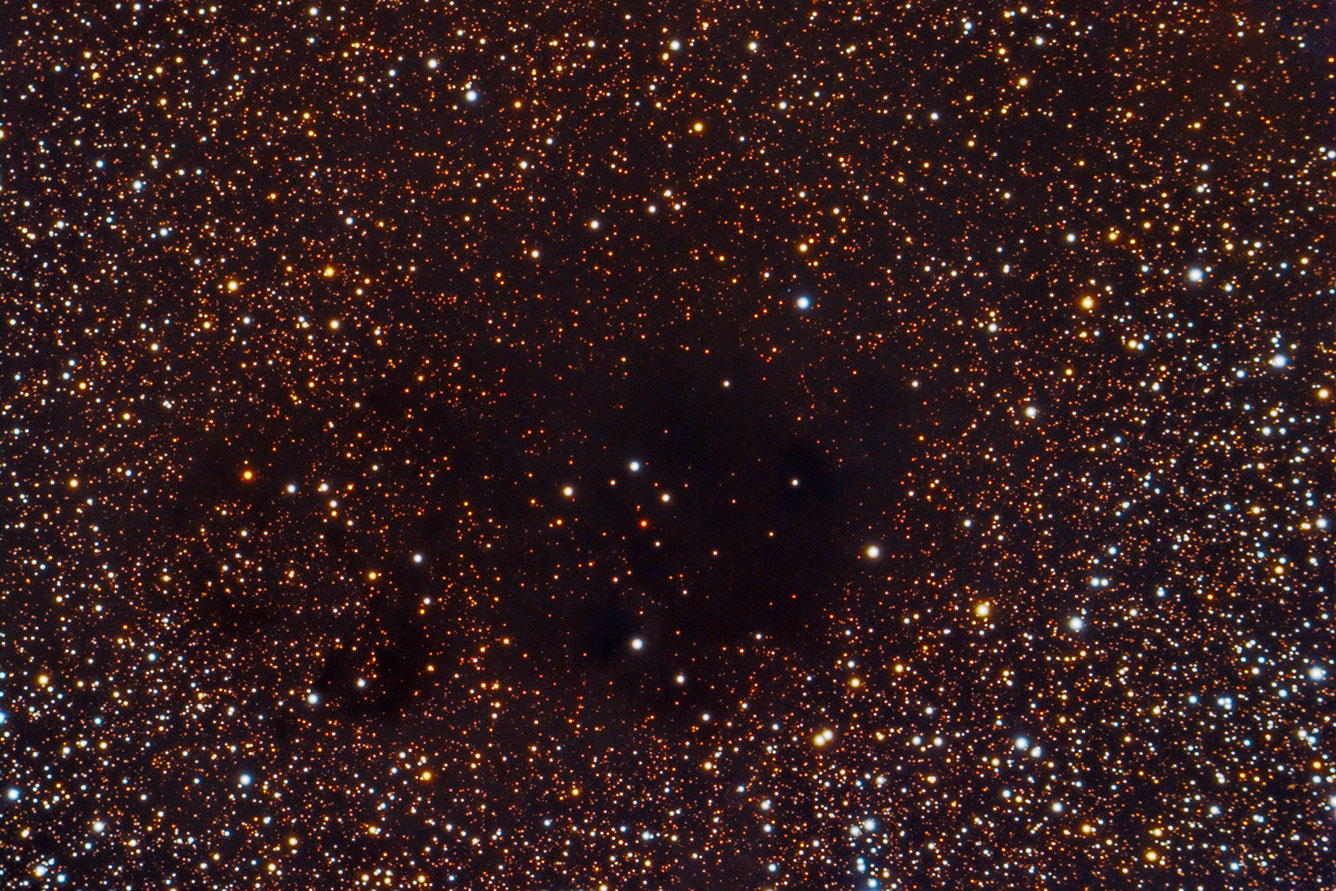