Berkeley 11 is a young open cluster in Perseus. WEBDA puts its age at only about 52 million years meaning many of its hot blue stars are still around though the brightest have since died or turned into red giant stars. The cluster is about 9,400 light-years distant. It is closer to the center of our galaxy than we are. This often puts a lot of dust and gas between us and a cluster. That is quite true in this case with the cluster reddened by 0.947 magnitudes. Even so, most of its stars are blue thanks to its young age allowing the blue stars to still exist. They are so blue they are able to still be blue even after nearly a full magnitude of reddening.

On the east side of the cluster is a faint red emission nebula. At first, I thought it a reflection of some bright star but it is real. It is Sh2-213 also known as LBN 731. Some sources say it might be a Stromgren sphere around a B4 star in Berkeley 11. If so that would put it at the same distance as the cluster. But where\'s the B4 star? The two faint stars near it are both too red and too faint. Is it the blue star to the southeast. If so why isn\'t it in the center instead of well outside of it? Might be I\'m only picking up the brightest part and missing faint parts all around the star. A lot of H alpha time may help. So what is a Stromgren sphere? The most famous one is the Rosette Nebula. A very big brother to this faint nebula. At least its forming stars are obvious and in the center.

If I\'d realized it was there I\'d have used some H alpha to help bring it out. Maybe next time.

Since the above was written I\'ve added 2 hours of H alpha data to help bring out SH2-213. The nebula is no longer very faint and I find some of what I thought was very faint nebula was noise. Also I see now that the bright part of the nebula seems to be an oval with a darker center. This doesn\'t really fit the Stromgren sphere idea any more than what I had originally. But then I\'m not much of an expert on them. 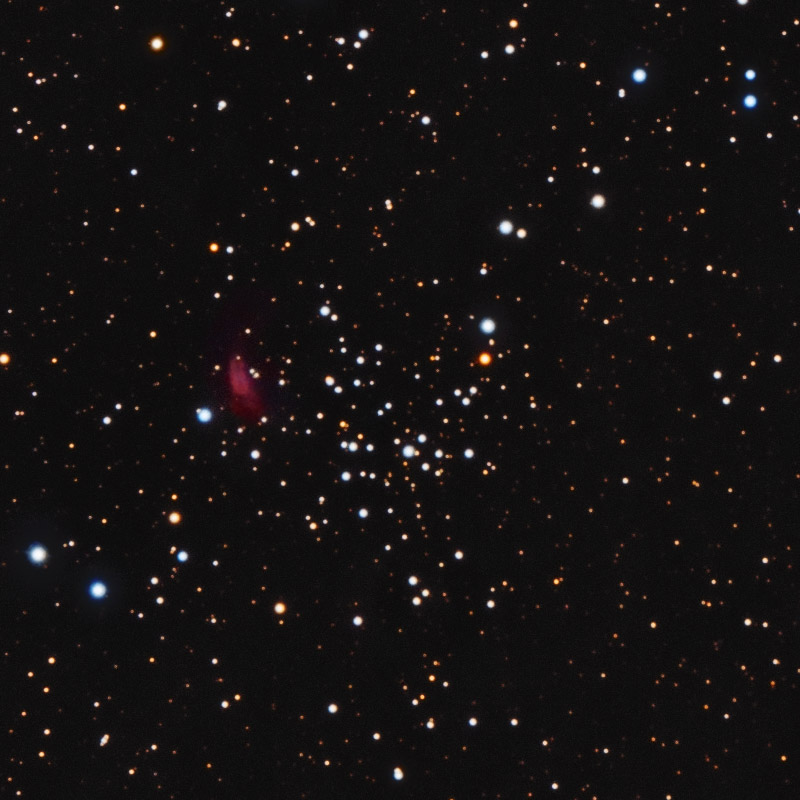 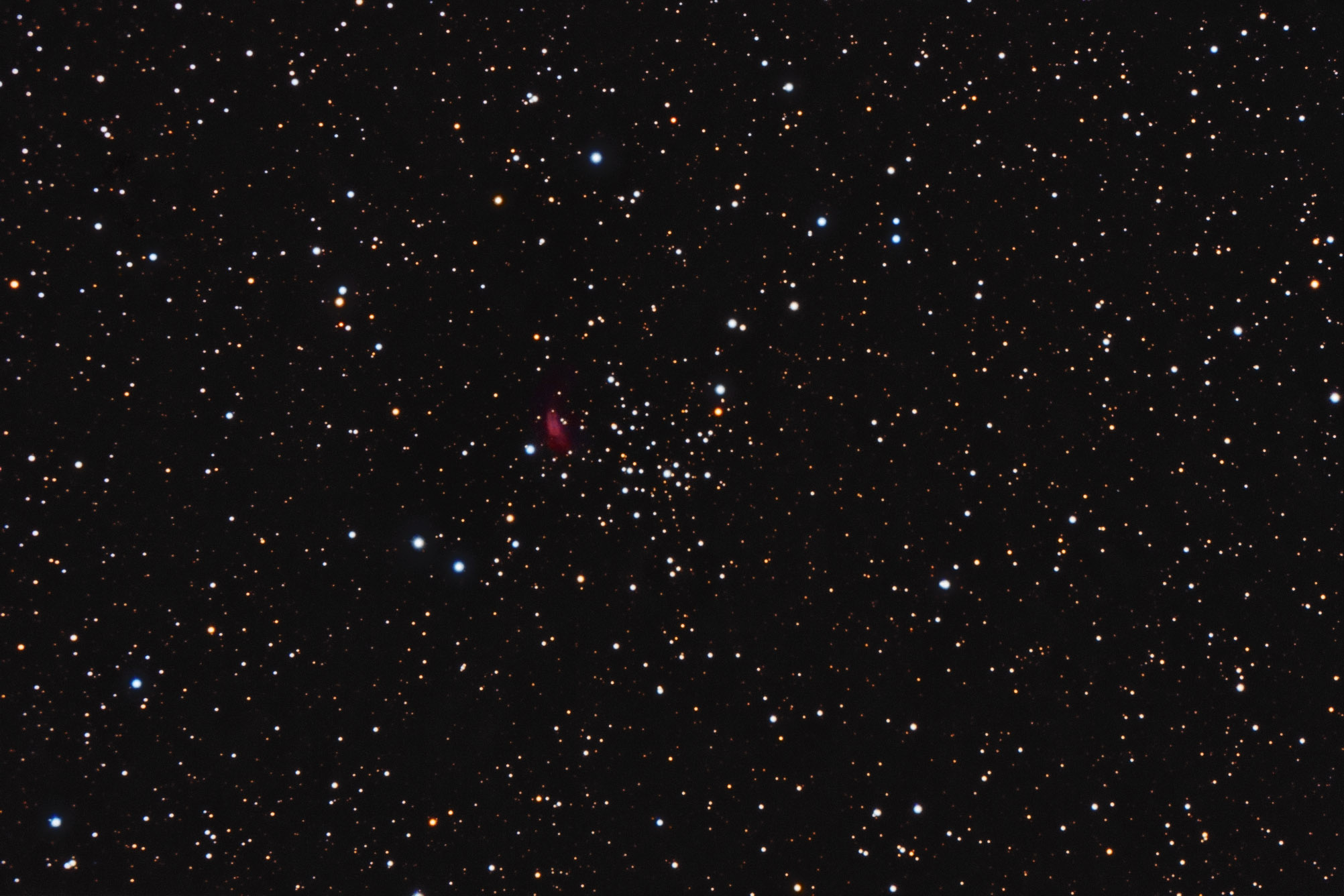 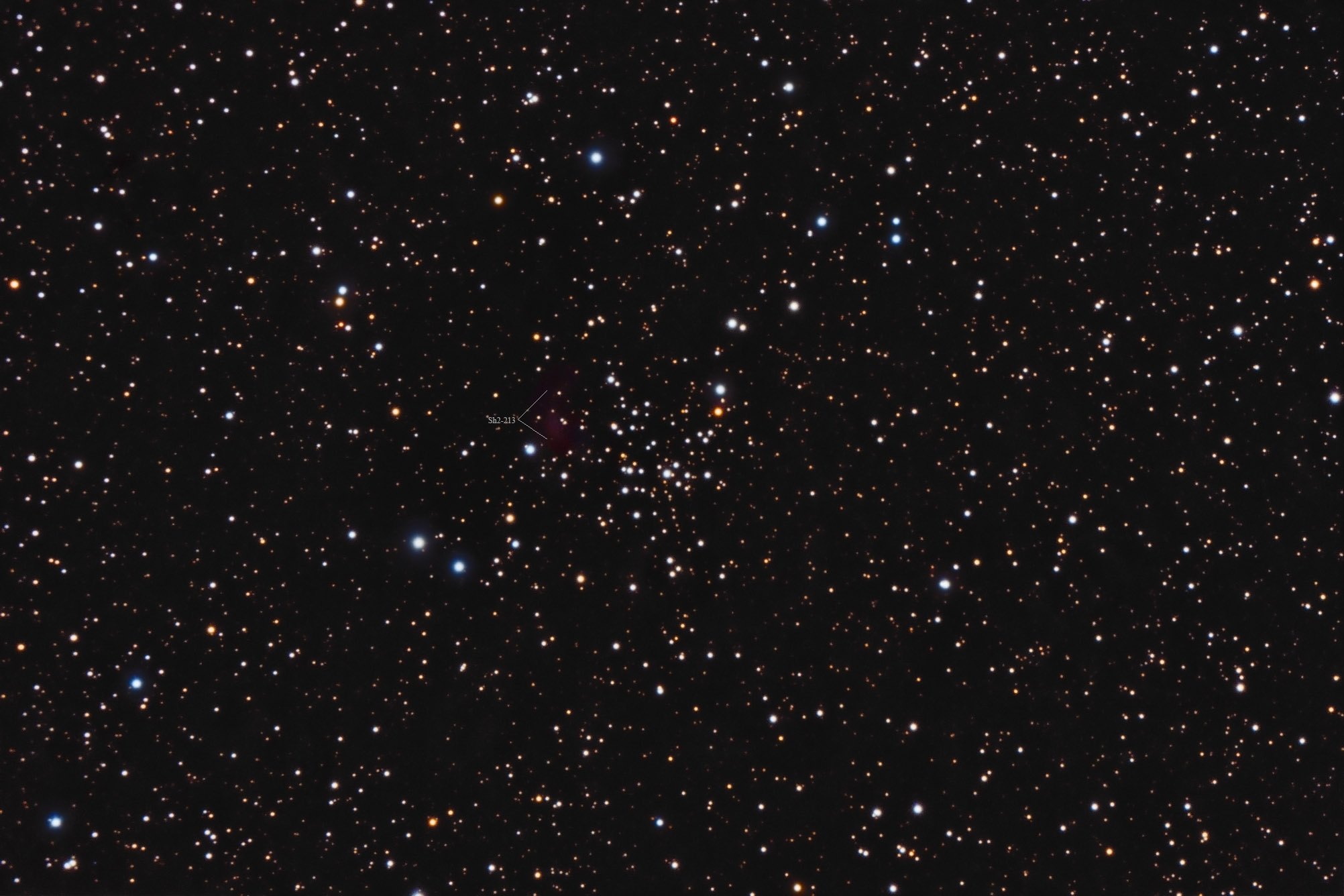