Berkeley 29 is considered the most distant known open cluster residing nearly 72,000 light-years from our galaxy\'s core. Most cite a size of 100,000 light-years for the galaxy but it really is much larger as this cluster indicates. It\'s located in southern Gemini some 50,000 light-years from us. I measure its size at about 3 minutes of arc though defining it is pretty fuzzy at best. That would make it some 40 light-years across. That\'s pretty large for an open cluster. Apparently, only its great distance makes it looks so compact.

WEBDA gives an age of just over 1 billion years for the cluster though a 2004 paper http://adsabs.harvard.edu/full/2004MNRAS.354..225T puts the age at 3.4 to 3.7 billion years. In either case, it is quite old for an open cluster. Usually, tidal forces rip clusters apart rather quickly but residing so far out it may not see those forces very often. I don\'t know if its orbit is known. It may never come close in to experience such forces. The age makes it possible the orange stars seen it are red giant members. It also explains why most of the stars are white, rather than blue. The blue ones have lived their lives and are gone leaving only older stars. The red main sequence stars are too faint for me to pick up leaving white as the color I\'d expect for a cluster of this age at this distance.

Being deep in the Zone of Avoidance none of the many galaxies seen in the background have redshift data at NED so I didn\'t prepare an annotated image. None even made the PGC except for the cluster itself. I can\'t explain it but the UGC, MCG, CGCG, UZG (Updated Zwicky Catalog) and PGC all list this cluster as a galaxy. Even my The Sky shows it as a galaxy rather than an open cluster. There must be an interesting historical reason for this but I was unable to find it. If anyone knows please let me know.

To keep the file size down with all the Milky Way stars and because there\'s really nothing to see but for stars, I cropped the image but it is reproduced at my normal 1\" per pixel. I actually had seeing making this reasonable for a change.

With reasonable transparency and no satellites, I took only one color frame rather than my normal two. 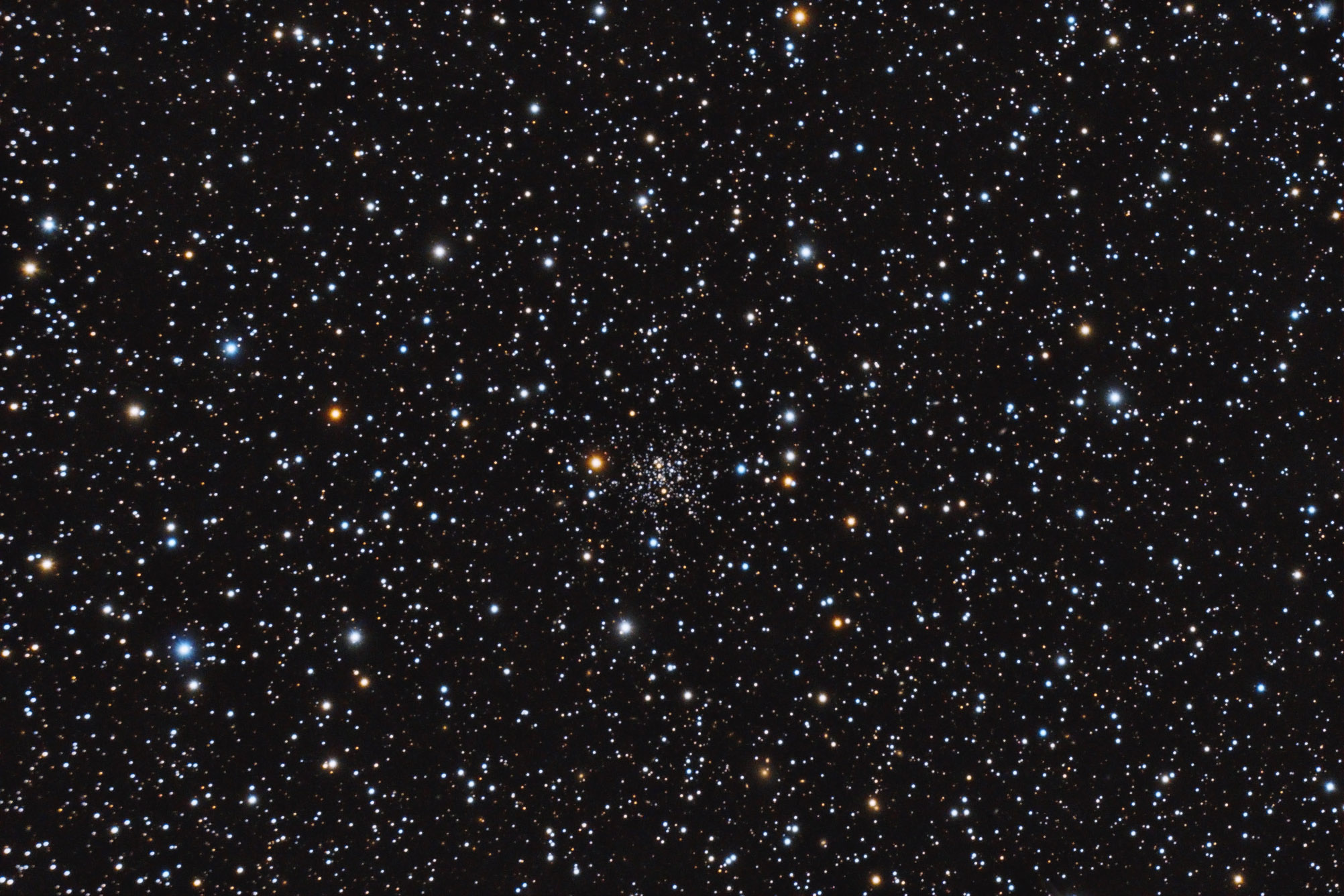