Berkeley 30 is a rarely imaged open star cluster in Monoceros. WEBDA puts it at a distance of about 15,600 light-years. They give an age of 300 million years with 0.5 magnitudes of reddening due to dust between us and the cluster. It seems to have a lot of red giant stars. Seems many of its massive stars are about the same mass so entering the red giant stage at about the same time. Other sources seem to disagree. I find distance estimates of 7600 light years and an age of 900 million years in one paper for instance. This shows the difficulty of studying these objects.

There are quite a few galaxies in the image if you look very closely, three on the east edge of the main part of the cluster for example. None, however, have any redshift or other distance data so I\'ve not prepared an annotated image. I\'ll let those interested hunt up these very small faint fuzzies. 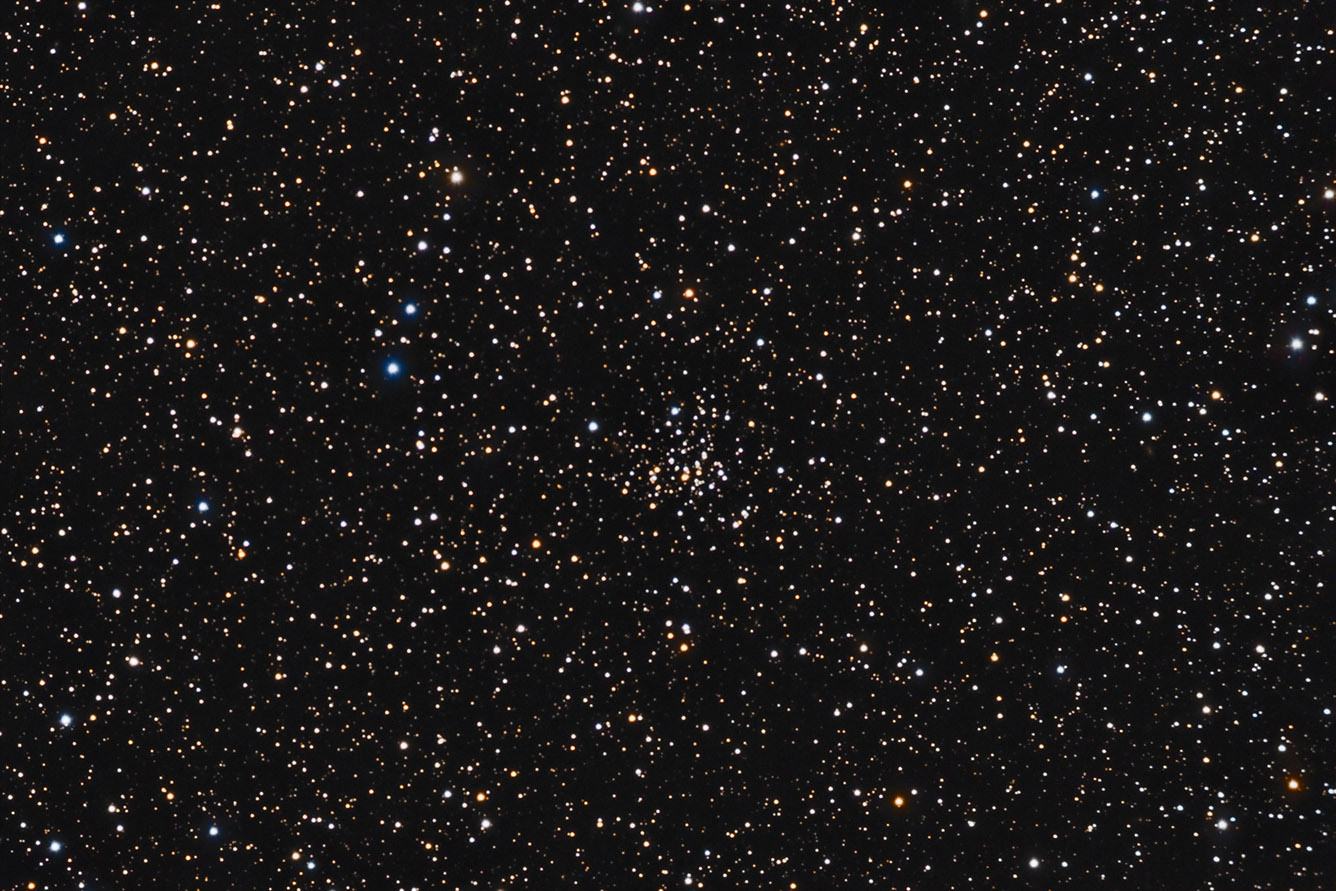