Berkeley 44 is a rather faint open cluster in Sagitta about 2 degrees west and a bit south of the far more famous Coathanger asterism in Vulpecula. According to WEBDA, it is about 5,900 light-years from us. They put its age at 1.3 billion years. That would mean its bright blue stars have already died leaving only white to red stars. This alone accounts for some of the rather red color of its stars. But WEBDA also says it has been reddened by 1.4 magnitudes. Thus it is a very red cluster and likely also dimmed to an even greater extent by the reddening dust. No wonder it is so hard to pick out. On my images right edge, a bit below Berkeley 44 is what appears to be half a star cluster trying to get into the image. I can\'t find any catalog showing anything at its position so apparently, it is either just an asterism or an unrecognized star cluster. I vote for the former.

While WEBDA\'s position for the cluster was correct this time, unlike Berkeley 83, that in my version of The Sky wasn\'t. Since I wasn\'t around when this was taken I didn\'t realize the position was different than that in the POSS server, SIMBAD and WEBDA. So it is rather far to the right of center.

Good thing, however. I\'d have missed the planetary nebula ABELL 59/PK 53+3.1 to the upper left! When I looked at the luminance frames after calibration I thought I\'d again had a dust mot fall off my filter as happened with my 2017 image of Barnard\'s star. I next looked at the green image and it was not there so I was sure it was bogus. But then there it was in the blue and red filters. A quick check showed I\'d picked up ABELL 59. Oddly The Sky had that position correct making it easy to identify. I\'d not put it on my to-do list as I\'d considered it too faint for LRGB. Looking it up, there\'s not much on it, I found one reference saying the red is NII, not H alpha. That\'s not surprising for a planetary nebula though often it is confined to FLIERS (Fast Low-Ionized Emission Regions). While my green filter is supposed to pick up OIII as well as the blue filter it was nearly invisible in blue. H beta, however, is picked up only by my blue filter. That was fairly strong which would argue that the red really is H alpha to at least a rather great extent. Not having a 3nm H alpha or NII filter I can\'t verify this. Nor could I find any narrowband image of this one on the net. Something for the narrowband imagers to look into if interested. 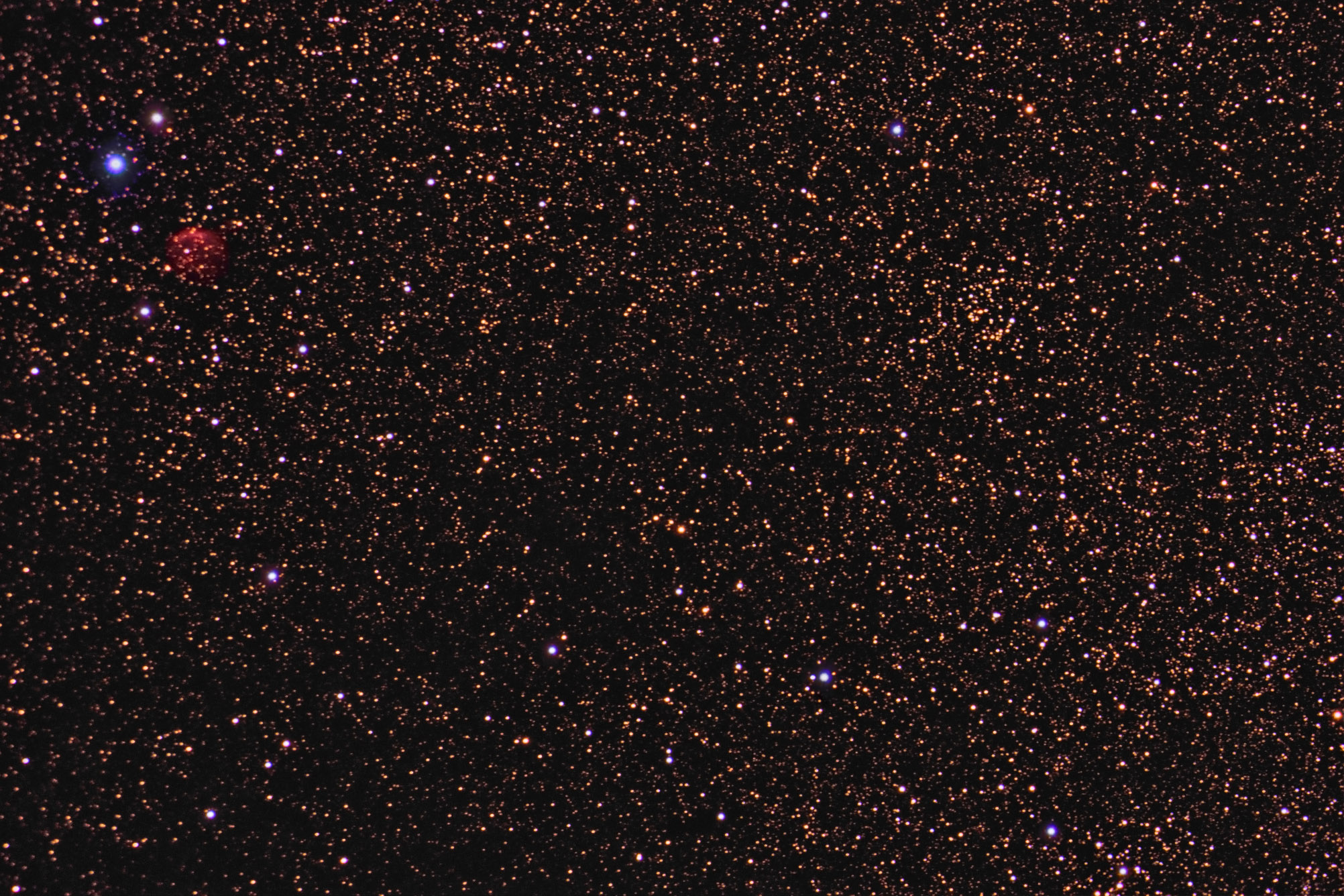