Berkeley 54 is a very old star cluster, as open star clusters go, with an age of about 4 billion years. Most clusters of this age have long since been torn apart. This one is still quite condensed and a lot more obvious than most of the Berkeley clusters. I wonder how many stars its lost to the galaxy in those 4 billion years. Was it a much richer cluster then? WEBDA puts it at 7500 light-years and says it is reddened by 0.77 magnitudes. Both age and reddening explain its lack of blue stars. It is located in Cygnus about 4 degrees south and a bit east of the North American Nebula.

With much of the galaxy and beyond hidden behind nearby dust in the galaxy, there\'s little else in this image. While the smoke that has been a huge issue finally moved on clouds didn\'t so this one lost a lot of color data to the clouds but did so rather evenly across the color frames so I believe the color data is reasonably correct, just weak for fainter stars.

But suddenly satellites (mostly junk I believe) sure didn\'t. All but one frame had at least one satellite trail, some had two. That\'s close to a record when not imaging in the geostationary belt. All were removed in processing but with so few subs I use a pain to deal with. Two or three aren\'t a problem but the 12 trails in 9 frames is a different story. No sooner do I mention this than a Hubble image covered with asteroid trails is released. In this case the same asteroid appears several times turning 7 asteroids into 20 trails. Due to the way parallel cameras work on the HST and the being in orbit the trails are multiplied and curved rather than straight when seen from Earth. http://hubblesite.org/image/4080/news_release/2017-33 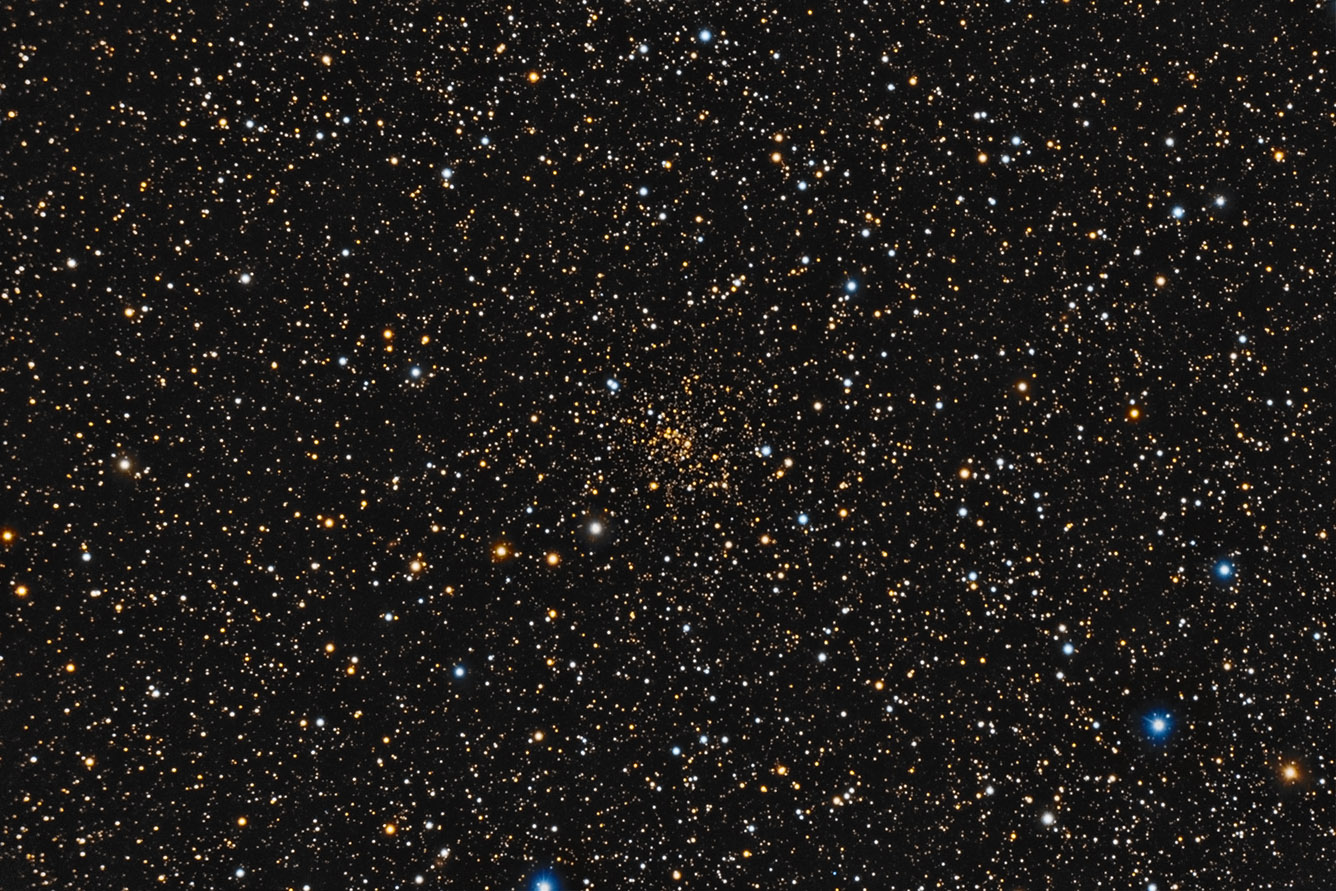