Berkeley 73 is an old open cluster in Monoceros. WEBDA puts its age at 4.7 billion years which means its stars are about the same age as our sun. All stars in my image are slightly red in color. A few very red stars are seen as well. These may be red giants from stars more massive than our sun or foreground stars. WEBDA puts its distance at 22,300 light-years. That puts it nearly twice as far from our galaxy\'s center than we are. Being on the edge of the galaxy it isn\'t hit by severe tidal forces. Most clusters are torn apart before reaching such a ripe old age as this one is. It\'s position at the edge of the galaxy likely has a lot to do with its survival. I\'d have expected such a distant cluster to be reddened by dust in the galaxy but apparently, there\'s not much as it is said to be reddened by only 0.1 magnitude.

The bright red star at the top of the cluster is definitely not a cluster member. TheSky puts its distance at only 31 light-years. At nearly 10 parsecs its magnitude of 9.6 is only slightly brighter than its absolute magnitude. That would make it about 100 times fainter than our sun and therefore likely a main sequence red dwarf star, not a red giant.

Conditions for this image was poor, the sky background was 4 times brighter than normal. There was no moon so where the light came from I don\'t know. This was taken when I wasn\'t around. The bright sky came as a surprise when I went to process it. This greatly reduced the signal to noise ratio. Good thing I was taking an open cluster as otherwise faint detail would have been lost due to insufficient exposure for such a bright sky. 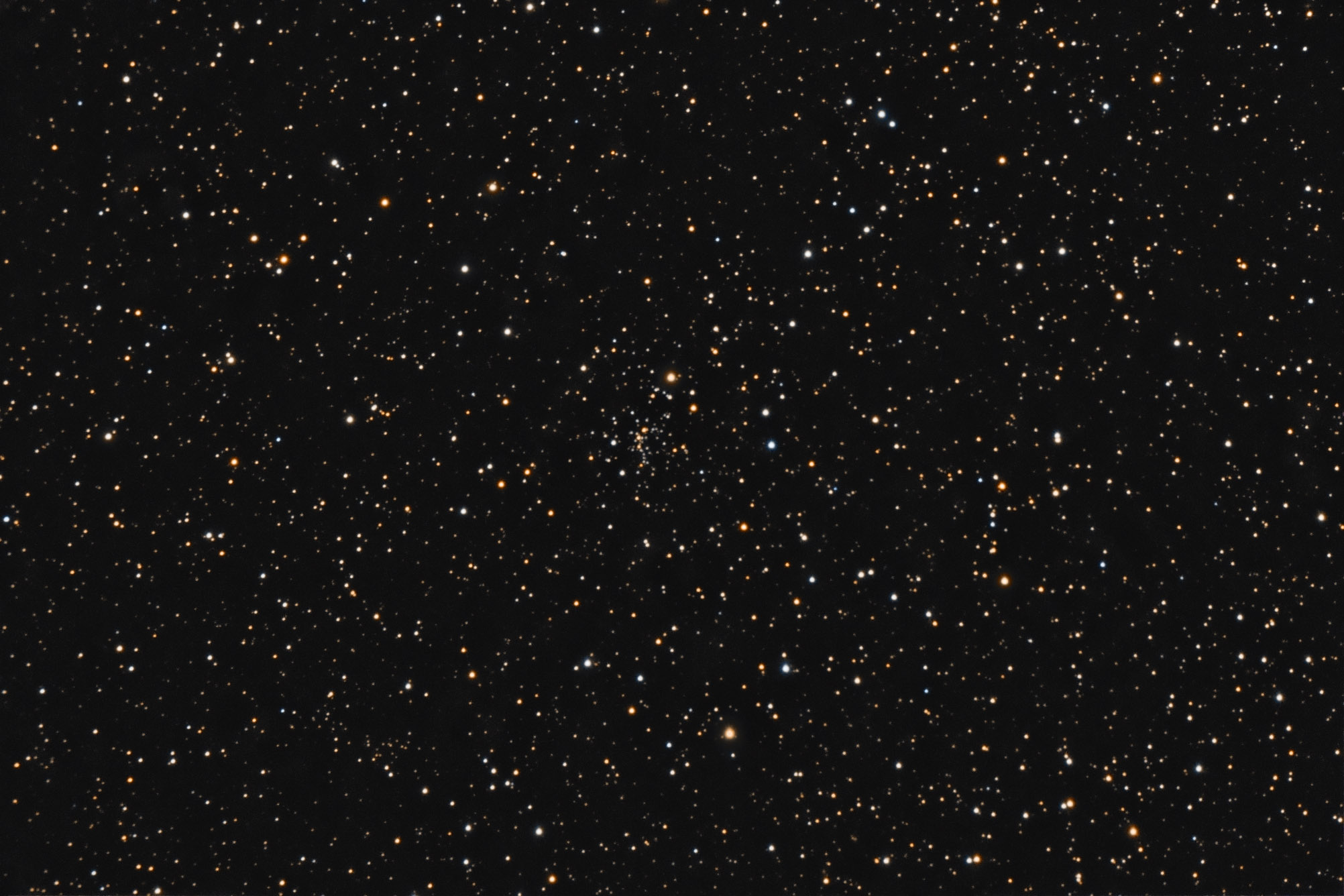