Sometimes I wonder why I put an object on my to-do list. This is one of those times.

Berkeley 86 is somewhere in my image. Just where I don\'t know. WEBDA often misses the right position by several minutes. Checking various sources I find different locations. The one paper I found on it seems to show it about the center of my image which was based on an average of the various positions I found. The paper is at http://iopscience.iop.org/article/10.1086/130853/pdf It has numbered some stars it considers part of the cluster.

WEBDA says it is 3600 light-years distant, is 13 million years old and reddened by 0.9 magnitudes.

With a paper and WEBDA seeing the cluster I have to assume it is real. All I see are various asterism groupings that change each time I look at it. After a while, even those vanish to my eye.

A couple weak dark nebulae appear to wind through the frame. I couldn\'t find any listed at SIMBAD however.

Reproduced at 1.5\" per pixel rather than my usual 1\" as that would needlessly enlarge the image. Why I took only 1 blue frame is unknown. Since there was no satellite in it that worked out fine. 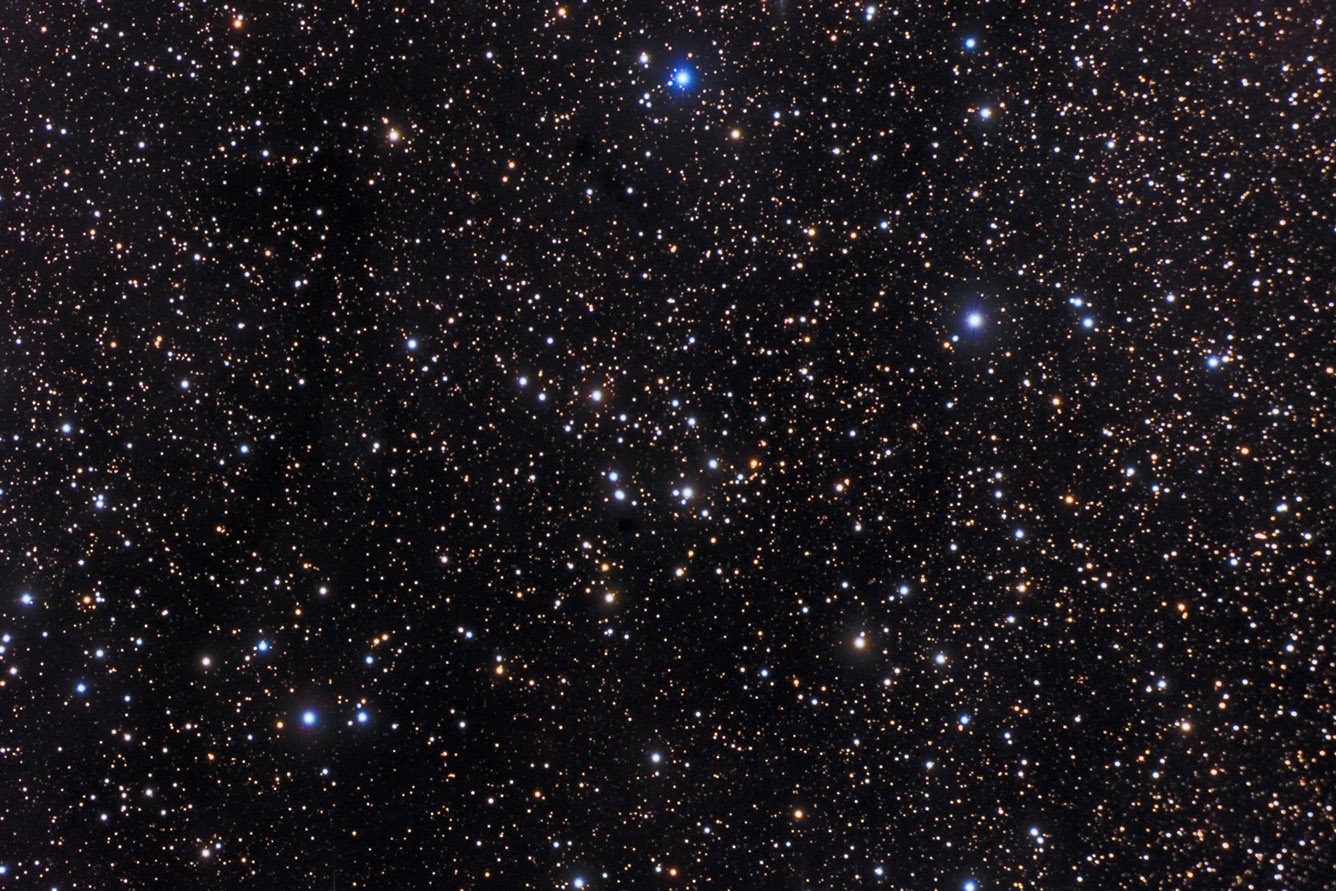