Berkeley 103 is an obscure, little studied, open cluster in Cassiopeia. WEBDA and the one paper I found on it agree that it is about 6850 light-years distant +/- 300. They put its age at about a half billion years. They also say it is reddened by 1 magnitude. Amazing agreement unless WEBDA is using this paper for its data.

The dark nebula to the bottom right is DOBASHI 3552.

The color of this one is highly suspect as it was taken through severe smoke that was costing me 1.5 magnitudes or more. This severely reddened the image forcing me to push blue farther than I ever had and created strong red halos around even blue stars. Removing all of them was difficult and led to other issues. I suspect the image is still too red. With no color image of this one that I found other than a pseudo color image using red and blue POSS plates at SIMBAD, I ended up \"adjusting to taste\" as even eXcalibrator left the image severely red. I knew the smoke was an issue but didn\'t realize how bad it was until I went to process this one.

I suspect the bright white star near its center is not a cluster member but found nothing on it. It\'s just my guess. This is one most catalogs get the position correct for but The Sky missed by about 5 minutes. I saw the problem when setting up and recentered using WEBDA\'s coordinates. Why this happenes so often with Berkeley clusters I don\'t understand. 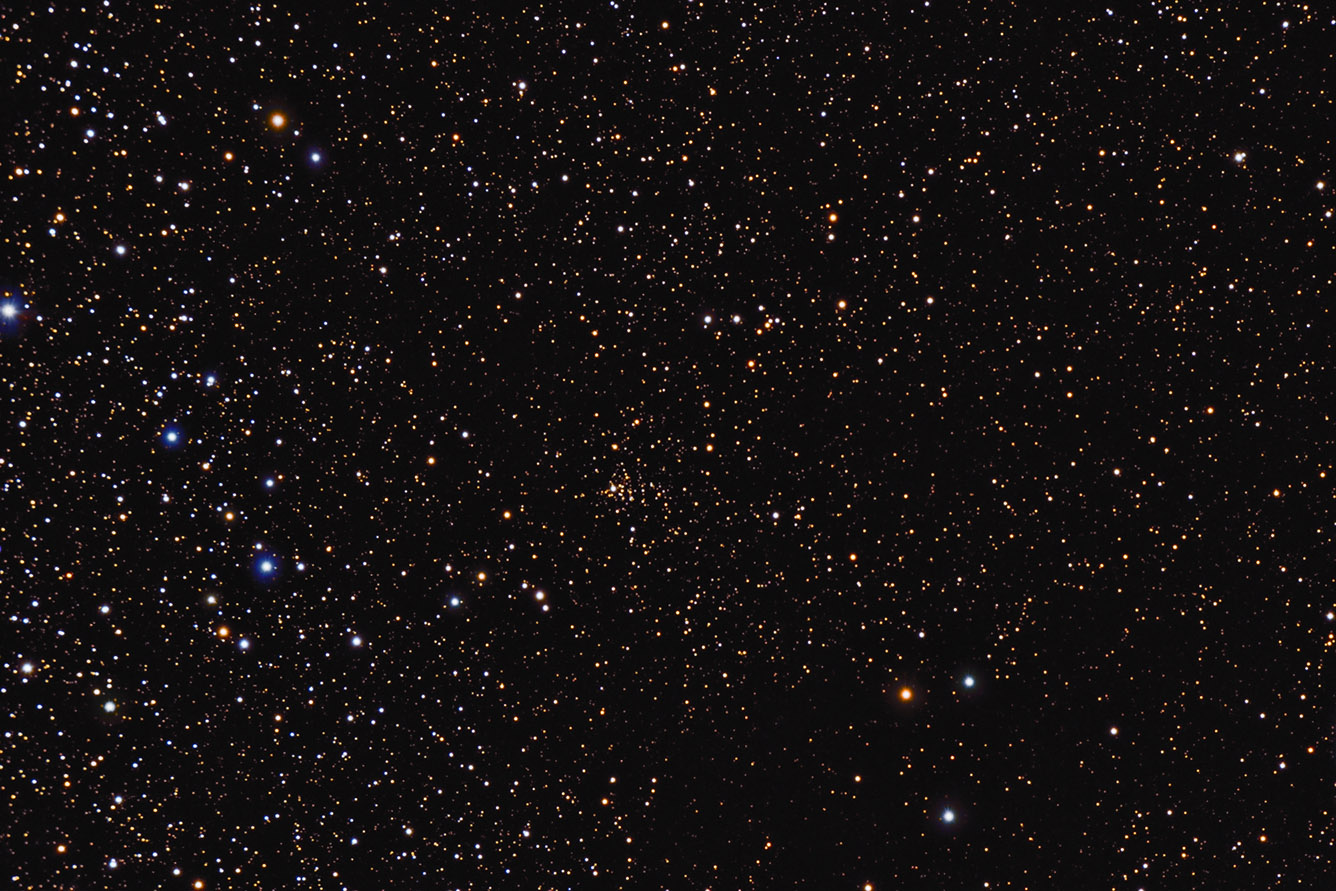