Comet C/2012 K1 (PANSTARRS) was putting on a pretty good show and was visible all night (though those are getting awfully short for me now) when this was taken June 4, 2014. At the time of the image, the comet was 2.069 AU from the sun and 1.472 AU from the earth. I took this data on May 4 about 8 hours UT when a hole opened in the clouds. I had less than an hour before dawn so didn\'t get as much data as I\'d have liked. The comet was moving about 3\" of arc per minute. I set the mount to track the comet which elongated the stars a bit. I started to \"fix\" them but it was slow going and I gave up so some are fixed and others show the motion. I shouldn\'t have started \"fixing them\".

With only one minute frames my read noise is rather high limiting how faint I could go. Also, I only had time to collect 20 one minute luminance frames. These were taken binned 2x2. Due to noise issues, I reduced the image to the equivalent of 3x3 binning (1.5\" per pixel). Seeing the noise in the luminance I took the color data binned 3x3 using 5 two minute frames for each color. This caused the star colors to trail twice that of the luminance. I then used the simple trick of making a second layer, moving the top layer halfway in the direction of the star trails and combining using the darken mode. Quick and dirty way to match the star trails to that of the luminance frame. What error remained was covered by blurring the color data by a pixel. In the 50 minutes before dawn, this was all the data I had time to collect.

Still, the image came out better than I expected. The ion tail I thought I saw in my dawn hampered earlier image went straight down. In this image, there was an obvious short ion trail going to the southeast. While the comet has moved some in the sky I doubt the tail has rotated that much so suspect my hint of an ion trail in the earlier image was just noise. Though I don\'t see the curve in the dust trail I did in the first image and I\'m sure that was real. Oddly the ion trail doesn\'t seem to point right back at the nucleus but at a point a bit behind it. 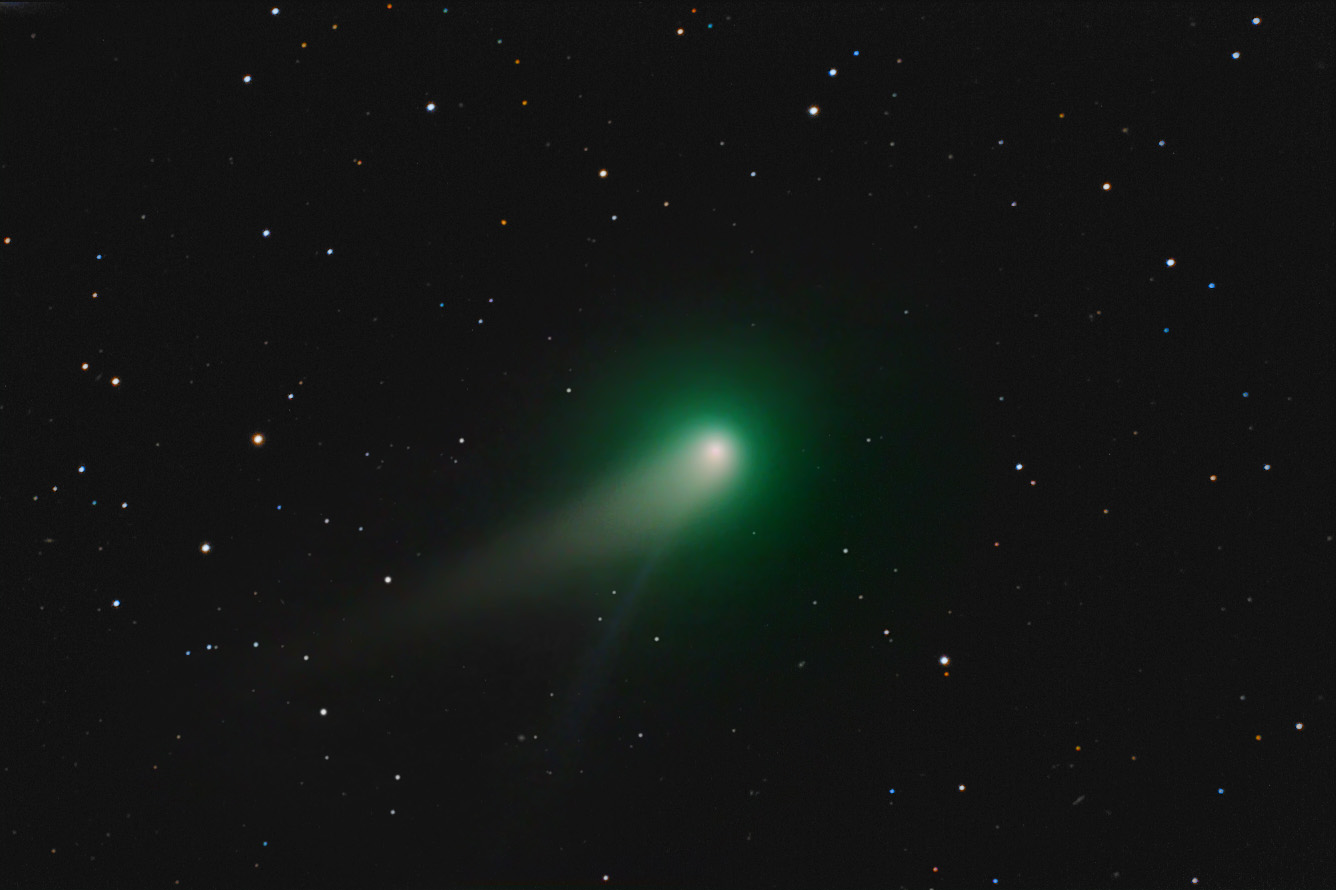