I\'m late with this one. Processing it gave me fits. Normally I find it easy to remove the stars with a data rejection stacking once the images are aligned on the comet\'s core. I found that impossible due to the dense star background. Getting rid of the comet is easy with a gradient tool and a bit of cloning out what little remains. I finally got rid of the stars in the luminance frame but the color frame was far more difficult. I lost a lot of the tail doing so. It went into M71. After days of much swearing, I finally managed something.

I debated on how to handle the ton of stars seen through the comet\'s tail. I ended up blocking the vast majority of the faint ones. Just detracted too much from the comet. So only the brighter were allowed to show with the fainter ones masked out in the star field image.

This one seems to be a case of too much aperture picking up too many stars.

Comet\'s color wasn\'t nearly as strong as on some other posted images. Probably needed more color but the clouds had other ideas, unfortunately. 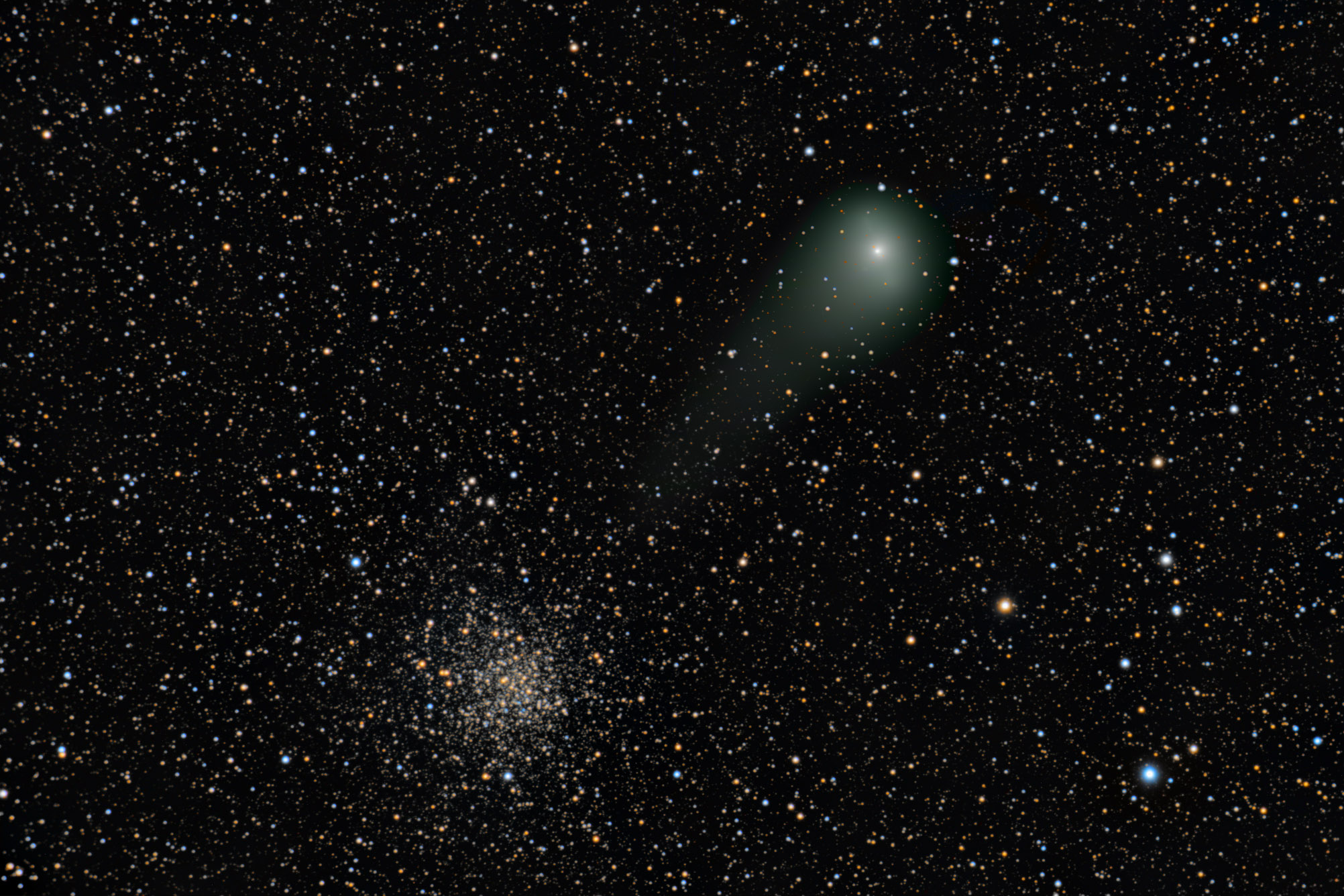