DeHt4 is a rather newly discovered planetary nebula in Aquila. As far as I can tell the only other amateur image of it was taken by Derek Santiago in narrow band using 8 hours of H alpha data. My image was taken trying to prove or disprove a second nebula in his image that turned out to be a likely reflection of a 5th magnitude star. It sent some nasty junk into my image but not in the form of a nebulous patch, just strong glare which GradientXTerminator easily removed.

Unfortunately, my camera has about twice the read noise of his. For LRGB images this isn\'t very meaningful but for trying for something this faint it becomes very important. Also, my Ha sensitivity was about half of his as well. Then he used one hour exposures which helps negate read noise issues. Since my scope, even with temperature compensation can\'t hold focus for more than 30 minutes I had to live with that limitation. In fact, half the data was taken in 20 minute subs as it was a warm night and I couldn\'t cool any lower than -20C and had only 20 minute darks for that temperature. A second night was cooler allowing my usual -25C summer subs for which I did have 30 minute darks. You can easily see he picked up a lot more detail in the faint regions thanks to his lower read noise issues and higher response at the Ha emission line. A third night of horrid transparency was used for the color data which is pathetic. I thought I could make it work but not really. It was used for the stars, not the nebula as it didn\'t register but for a hint of it in the brightest part of the nebula on the western side.

The dark vertical nebula coming up from the bottom right is the top part of LDN 698. With nothing else to identify I didn\'t prepare an annotated image.

Derek\'s size measurements are very similar to mine. That gives a size of 6.6x4.5 light-years assuming the stated distance of 14,370 to 18,256 is correct (using the 14,370 figure). That is very large for a planetary and argues that this distance is well overstated. How much I don\'t know. The authors of the paper Derek sites admit this possibility. Note the planetary is #4 in the paper which covers 5 similar planetary nebulae.

For those always claiming I go deep because of my large aperture note that Derek used a scope with only 43% the light grasp I have yet picked up more detail in the faintest parts of the image. Also, he was working from the bright skies of Morristown, NJ. Thanks to the power of narrow band that was hardly an issue for him. 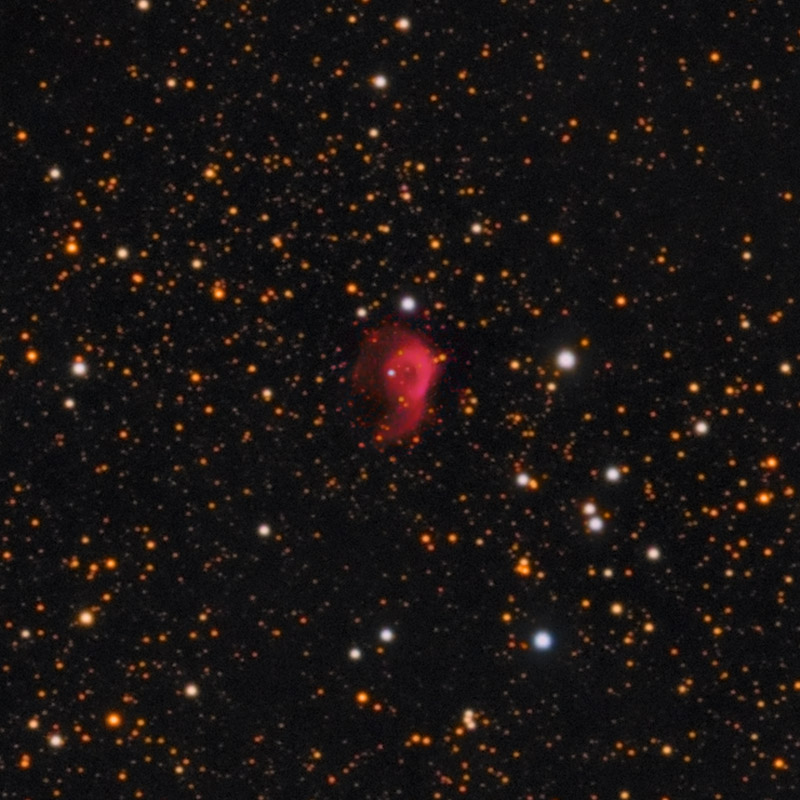 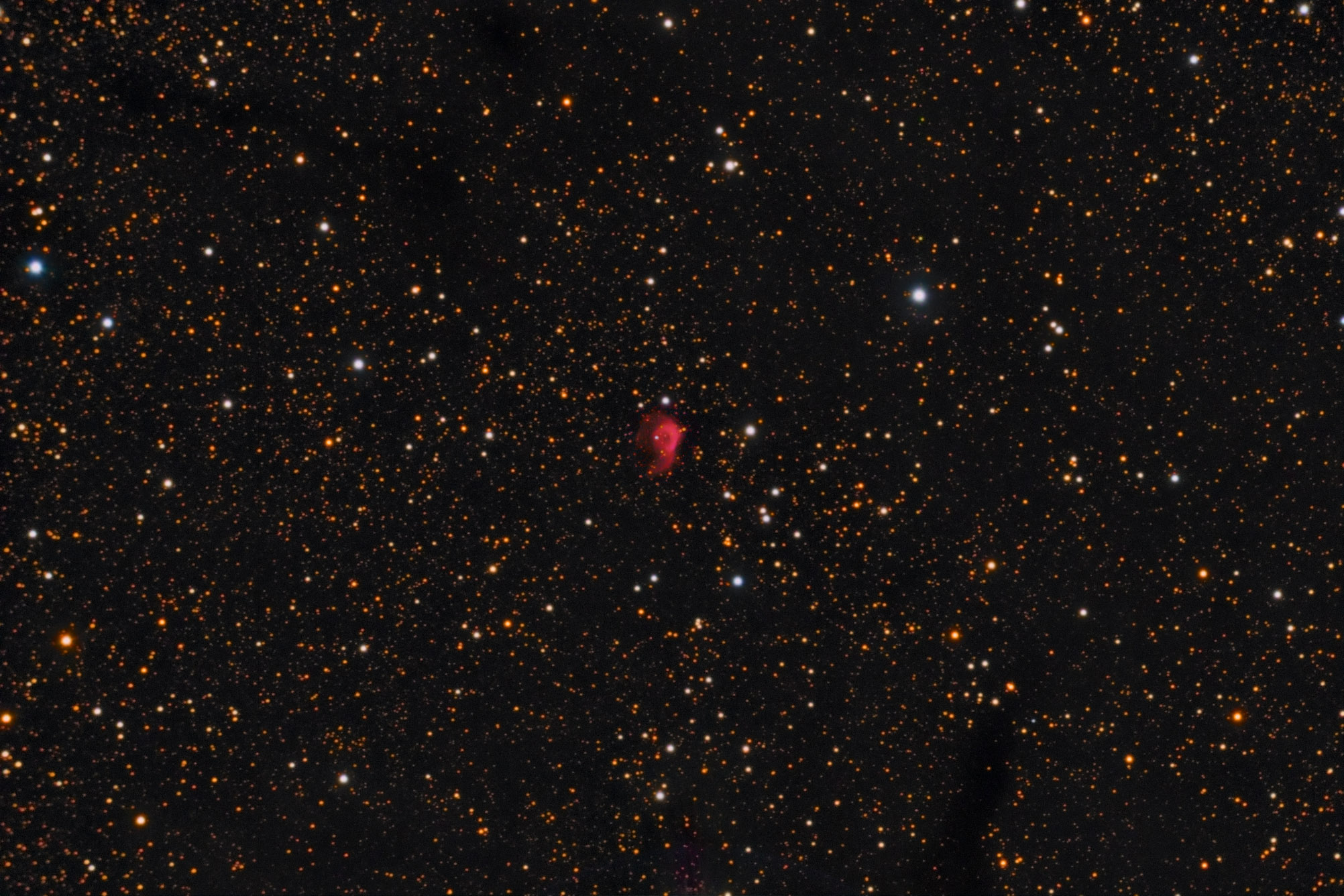