Much of the Milky Way seen in the area of the constellation of Cygnus the Swan is full of weak hydrogen alpha emission. These huge clouds of ionized hydrogen are best seen in wide field instruments rather than the narrow field one I have. Sometimes a small part of one of these huge clouds has an interesting shape that has caused astronomers to give it its own designation. DWB 111 is one of these. It is called the Propeller Nebula. A wide field shot of this nebula taken with a small 3\" refractor at Mt. Wilson (home of the 100\" scope) is at:
http://www.starimager.com/Image%20Gallery%20Pages/Hydrogen%20Alpha%20Images/dwb%20111.htm
See the notes section under the image for more information on the DWB catalog. The linked image shows part of the huge cloud of which DWB111 is but a small part. Very little is known about this nebula, including its distance or even the star that is causing it to glow. We don\'t even know if it is really part of the huge cloud or not. It is normally imaged in H-alpha light but my image is purely an LRGB image so the contrast is quite a bit lower than it would be in H-alpha light but the colors are closer to \"real\". Due to the lack of detail in this object and to decrease needed exposure time I\'ve taken and reproduced it at 1.5\" per pixel rather than my normal 1\" per pixel. 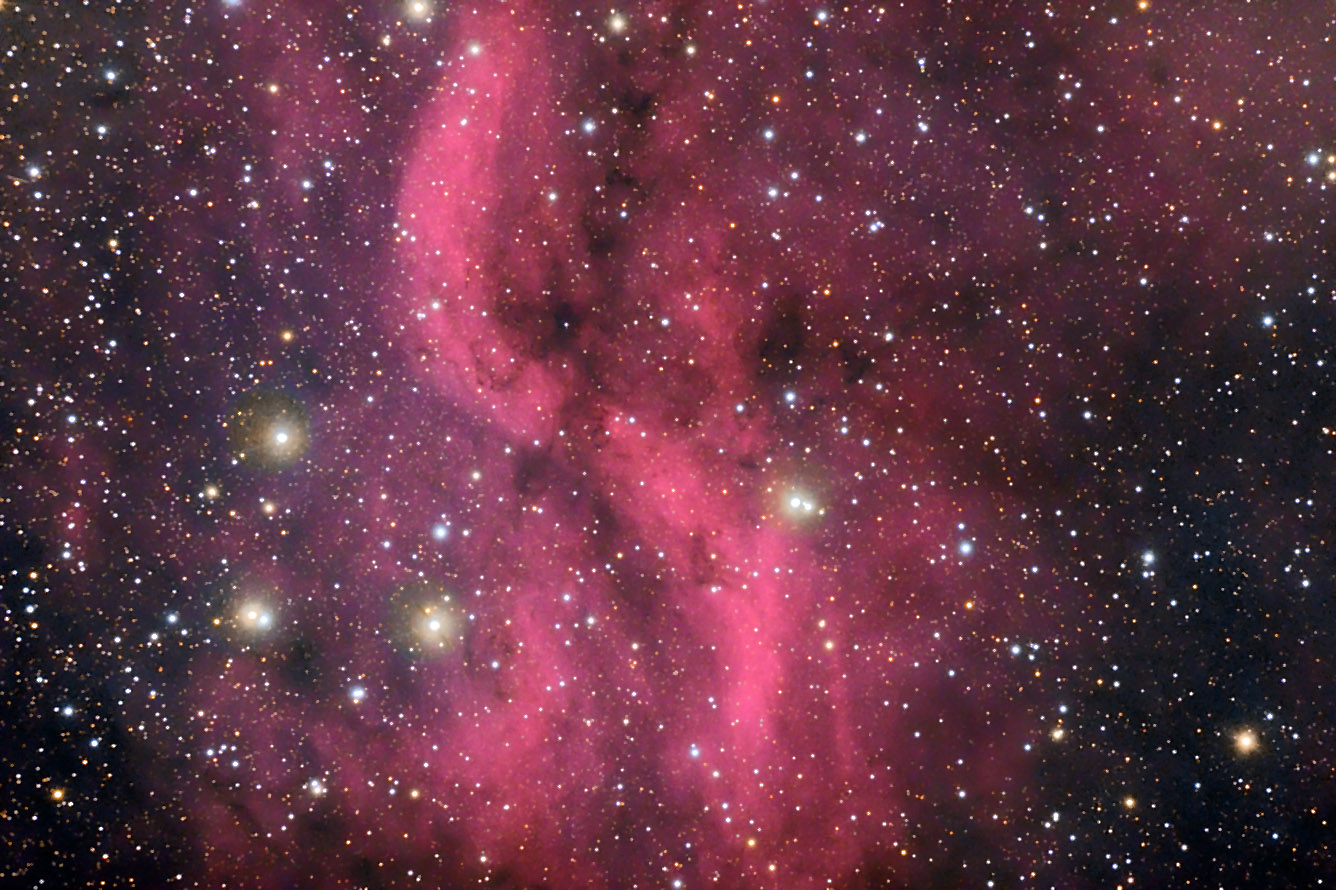