In keeping with my interest in imaging things no one in their right mind would try for, here is Dwingeloo 1. It is a heavily obscured barred spiral that wasn\'t discovered until 1994 in a radio telescope survey for obscured galaxies carried out with the Dwingeloo 25 meter dish. It was known as the Dwingeloo Obscured Galaxy Survey or -- DOGS! The dish is in The Netherlands and was the world\'s largest steerable radio telescope when built in 1956. In 1957 the 76.2 meter Jodrell Bank Mark 1 dish replaced it as the world\'s largest steerable disk. It is located on the edge of the Dwingeloo Heath about three miles south of the town of Dwingeloo (which no longer exists as a town as it is now part of Westerveld). A local ham here does moon bounce and knows all about the scope but has little interest in astronomy.

The galaxy is about the size of M33 and has two satellite galaxies Dwingeloo 2 that\'s out of my frame to the right and MB 3 that is in the frame. Look to the right of the Alberio like (blue and gold) double star for a faint oval blob. Dwingeloo 1 is classed as a barred spiral while MB 3 is a dwarf spherical. Both are members of the Maffei group. They are thought to be about 10 million light-years distant. The telescope is no longer used for radio astronomy but is used by hams for moonbounce communications.

So far all attempts to pick up Dwingeloo 2 have failed due to our lousy weather and it being even fainter than Dwingeloo 1. It is still on the list.

For more on the discovery of Dwingeloo 1 see http://hubblesite.org/newscenter/archive/releases/1994/51/ I find it interesting I show more of the galaxy than the Isaac Newton Telescope. http://www.ing.iac.es/Astronomy/telescopes/int/ 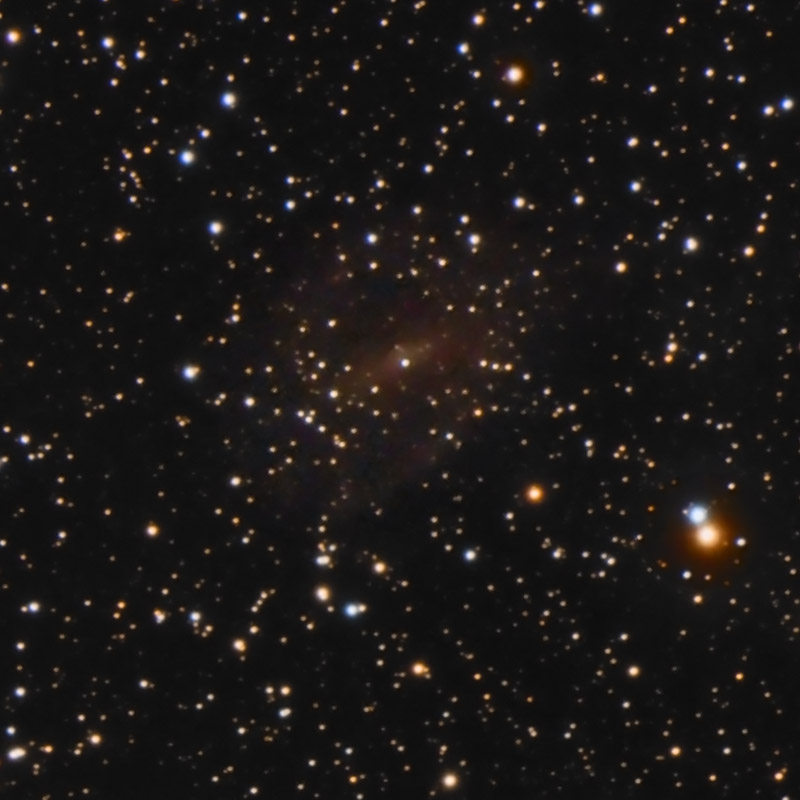 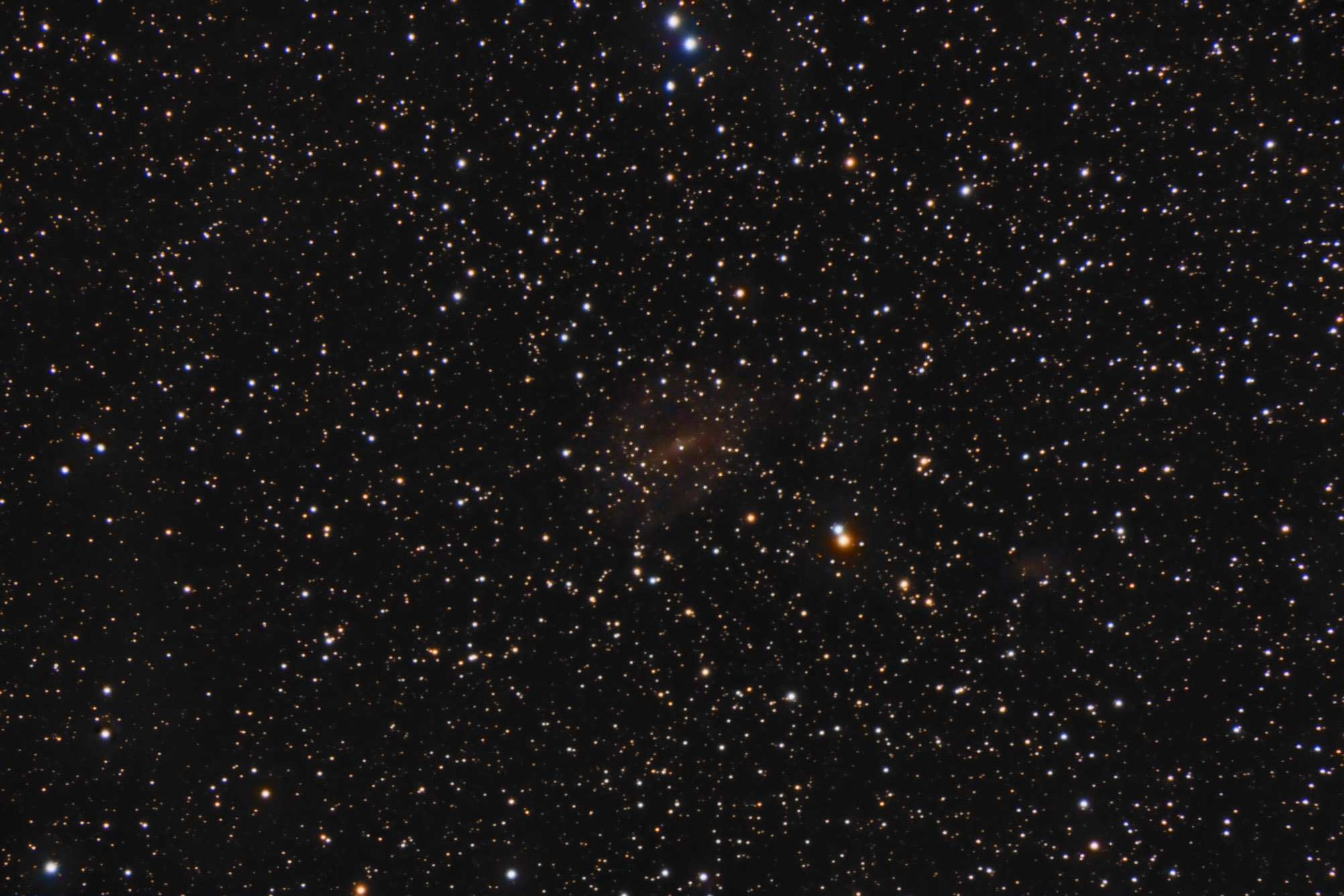