FGC 0851/PGC 025886 is a huge flat galaxy seen nearly edge-on showing its lack of a central bulge. It would be a great sight if we could see it face on. It is a bit over 160,000 light-years across making it a huge spiral. NED classifies it as SAB(rs)b: while others say they see no sign of a bar. Why the discrepancy? Might help if we saw it more face on I suppose. It has a strange non-symmetrical dust lane structure with the southern lane nearly straight while the inner one has a curve that doesn\'t seem to be quite right either. Lower right side dust lanes are just a jumble of dust.

This field is in Hydra. Just a bit too close to the Zone of Avoidance for the area to be surveyed very well. Only a few of the galaxies had distance data. I have annotated all that had such data. All but the one just off the northeast tips of FGC 0851 are listed by NED as having an Abell 0754 galaxy cluster designation. The cluster is about three-quarters of a degree below the image. The cluster is listed as having a distance of about 750 million light-years. A few of the galaxies have that distance but most are too far or too close to be members of the group. I\'m not sure how or why these obviously unrelated galaxies have been brought into the family. I assume this was done before their distances were known and if they met a certain magnitude range were automatically included. I haven\'t found anything to confirm this, however. The cluster is thought to be the result of the merger of two or more clusters. It covers too much sky for my field but those with wider fields might find it interesting to go after. 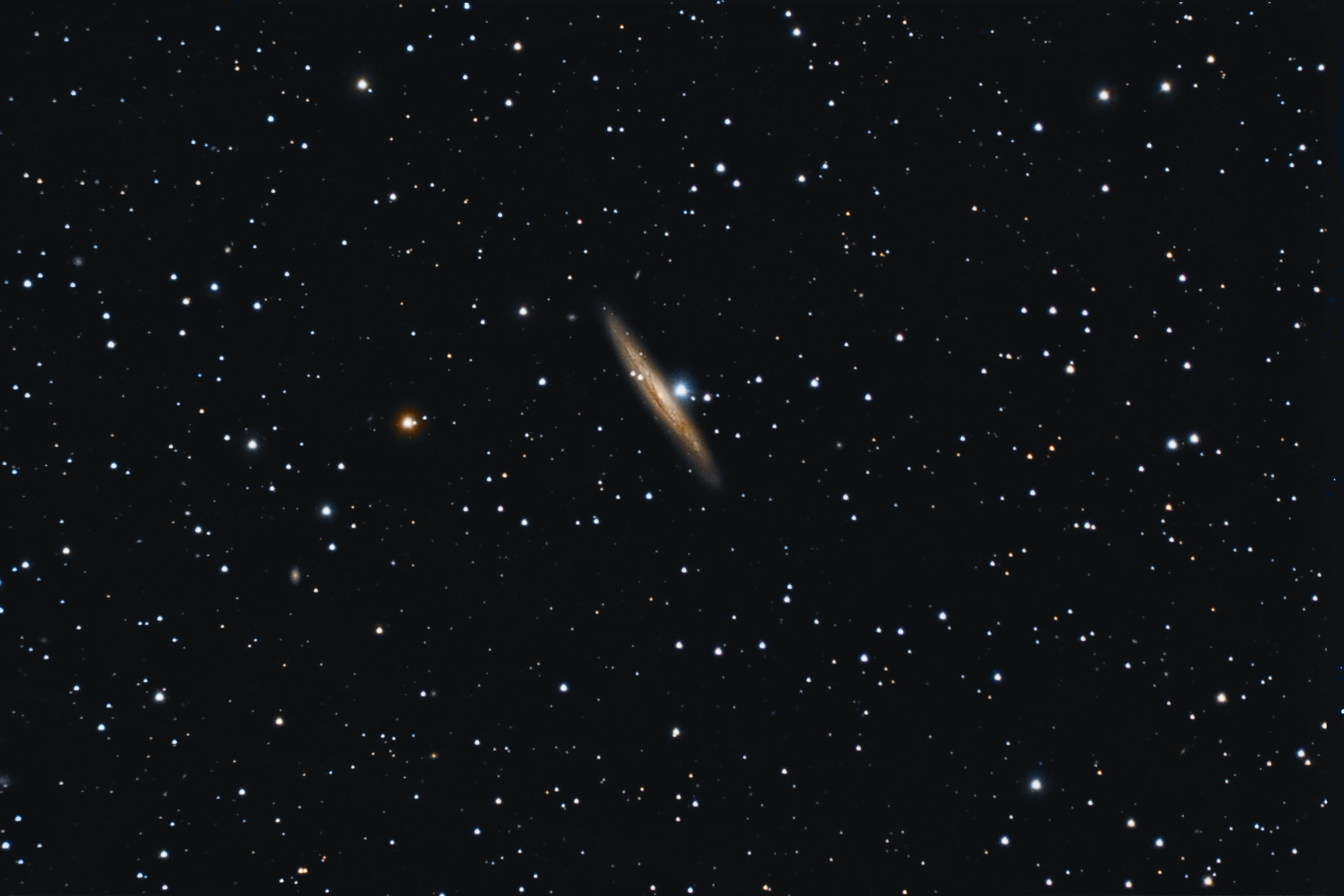 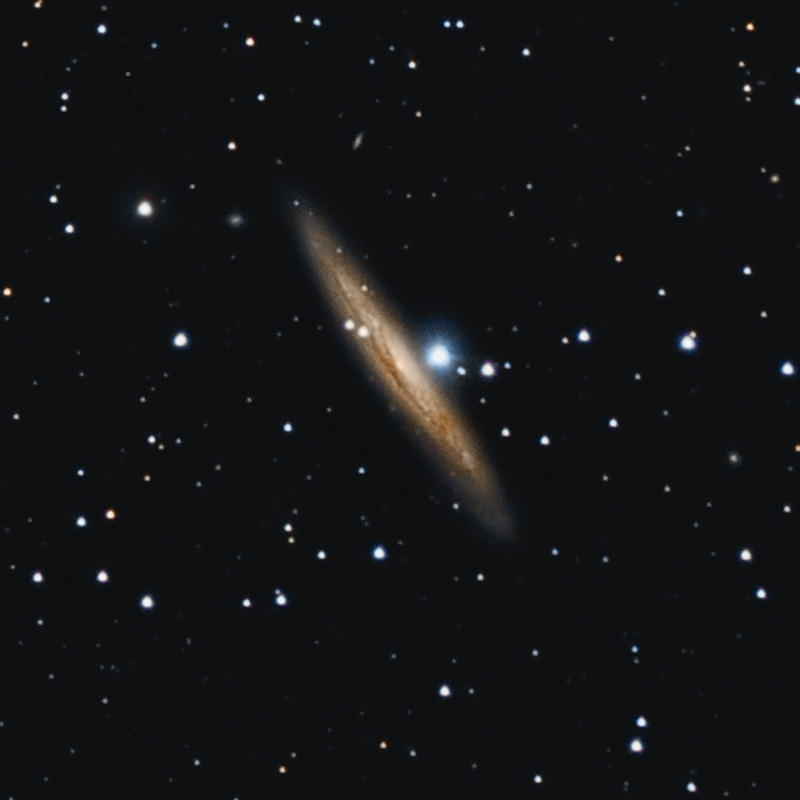 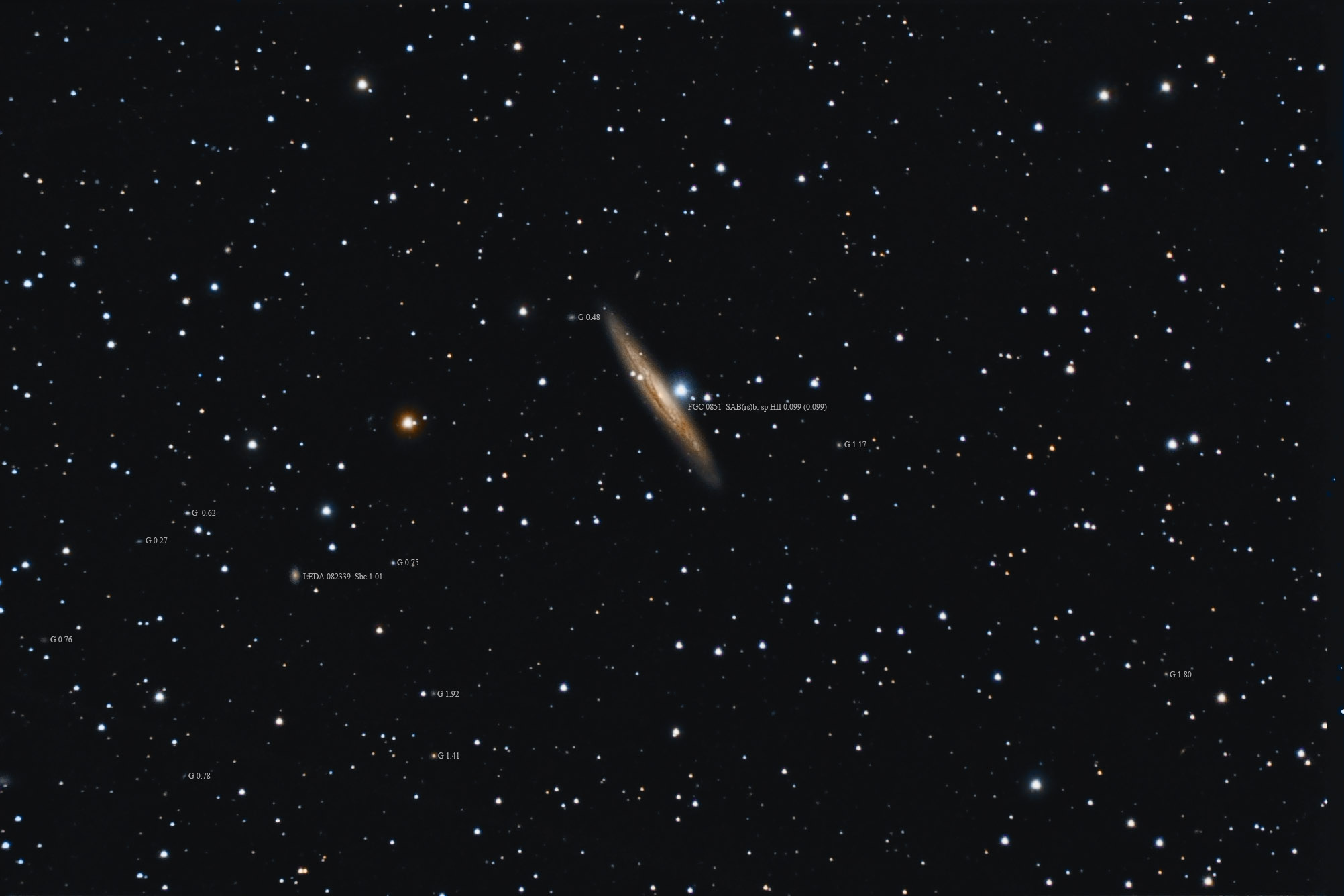