FGC 1751/UGC 9242 is a somewhat commonly imaged super flat galaxy. As one of my goals is to image the better FGC entries (obviously not all of them by a long shot) I had to get this one even if it is not as rare as most of my objects. To make the FGC a galaxy must be at least 8 times longer than it is thick. This one is over 16 times longer than it is thick so qualifies as a super flat galaxy (CGCG dimensions). It has a compact blue nucleus with starburst characteristics and a number of rather bright and compact H II complexes visible throughout its disk, to quote one note at NED. One of these may or may not be a galaxy. NED shows one catalog entry for the bluest of the knots as a separate galaxy and says it is a compact spiral. Even in the Sloan image, I see only a small round blue object. Similar to others in the galaxy, just more round and bluer. I\'ve noted it in the annotated image. Redshift is nearly the same as for FGC 1751. NED makes no mention of this entry being part of FGC 1751 or any hint of doubt that it is anything other than a compact spiral galaxy.

Another note at NED says+ of FGC 1751: \"(It) is a completely unremarkable, edge-on spiral galaxy.\" Apparently being thinner than virtually all other galaxies isn\'t remarkable. NED classifies it as either a Sc or Sd spiral. I measure it at about 332 arc seconds long which at 75 million light-years would make it about 120,000 light-years in diameter. A healthy sized spiral. The CGCG says only 250 seconds which is way too short by my image. That is the distance between the last star knot at each end but the galaxy extends well beyond its star knots. So I had to measure its thickness and got 13 seconds rather than the 15 the CGCG states. So by my measurements, its ratio of major axis to minor axis is 25.5:1 Now that\'s thin.

There are several quasars in the field. I\'ve had several requests recently to post z values rather than convert to distance because at such high redshifts z is probably a better measure as there are too many assumptions in converting z to a look back distance at such high values. They want to do their own calculations. So for those with a z of > 1 I\'ll try and post z when room allows as it did here. You can get an idea of how z relates to distance comparing the lowest z in the image 1.852 to the highest of 3.759. While the latter is 2 times greater the light travel time distance (how long the photon has been traveling from our reference frame) is only 19% greater. Z is very linear at small values but due to its exponential nature (it is infinite at time 0) suddenly explodes as you get near the time of the big bang.

I should explain what z is. It is a measure of how much the wavelength of a specific spectral line has been shifted due to the expansion of the universe. If a spectral line was expected to be at say 500nm, its rest wavelength, but is observed at 600nm then it has a z of +0.2 by the formula: z = (Observed wavelength - Rest wavelength)/(Rest wavelength). The value is positive when the object is moving away (redshifted as 500nm is green but 600nm is red-orange in color). If moving toward us it would be blue shifted and the z value would be negative. So the quasar in the image with a z of 3.759 has light that was say at 300nm when emitted (that\'s in the ultraviolet part of the spectrum) is seen by us to have a wavelength of 300nm x 4.759 = 1427.7nm which is well into the infrared part of the spectrum. Since the light my CCD is most sensitive to is about 500nm that would have been only 114nm when emitted, far in the ultraviolet part of the spectrum. That puts it just into the extreme UV part of the ultraviolet spectrum. This points out the big difference between our eyesight and hearing. We see about one octave of light (an octave is a doubling in frequency) that ranges from 800nm (very red) to 400nm (very blue or indigo). Actually, 700nm is more the human eye limit, I\'m stretching some to reach a full octave. But our hearing covers nearly 10 octaves, 20hz to 20,000hz. Imagine music confined to the range of middle C to high C. That\'s the limitation of our eyesight but it is also about the limit of what frequencies of light get through our atmosphere. Some sunlight gets through about a half octave higher than 400nm and a half octave lower than 800nm. So, unfortunately, due to our desire to breathe, we have a much greater limit to our eyesight than our hearing. This is why astronomers put telescopes in space to see the full range of light frequencies not just the one or two octaves seen down here. 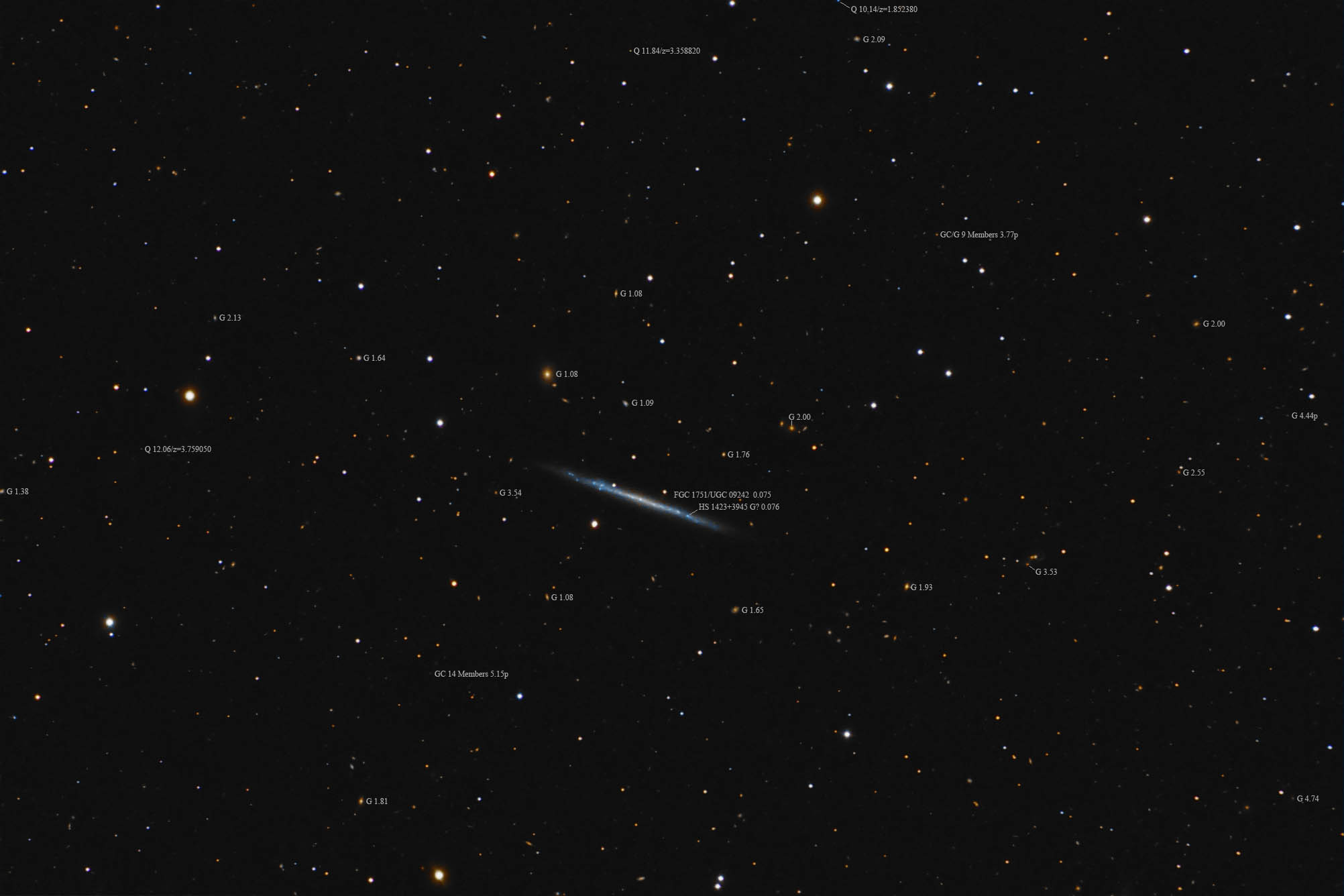 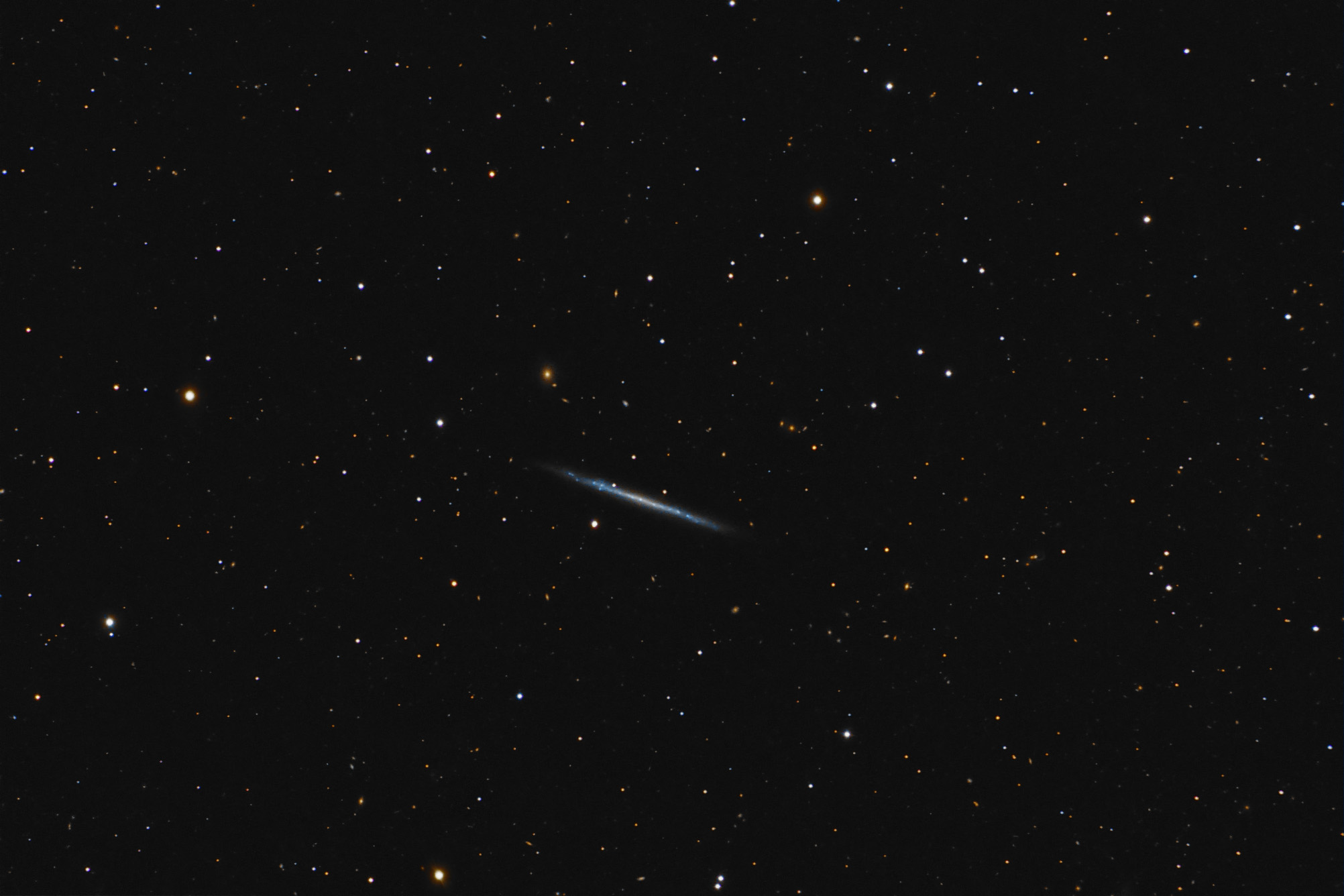 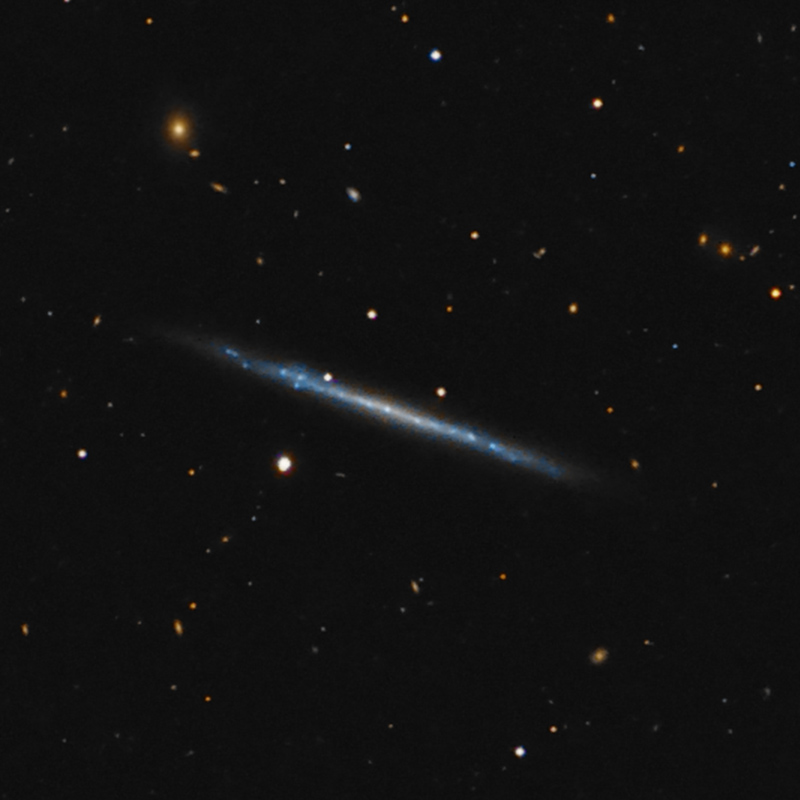