FGC 2350 is a flat galaxy in western Pegasus between the horse\'s front feet almost into Cygnus. Redshift puts it 145 million light-years distant while the median value of 12 Tully-Fisher measurements says 160 million light years. That makes it 80,000 to 89,000 light-years in size. NED classifies it as Sd. It is also known as UGC 11838 and is in two other flat galaxy catalogs. It\'s also in a very lonely place in the sky. NED lists only 2 other galaxies in my field, neither with even a magnitude. No asteroids showed up either. I\'d hoped to find some info on this flat galaxy but other than catalog listings there\'s nothing on it. I didn\'t even record how I came to put it on my to-do list. 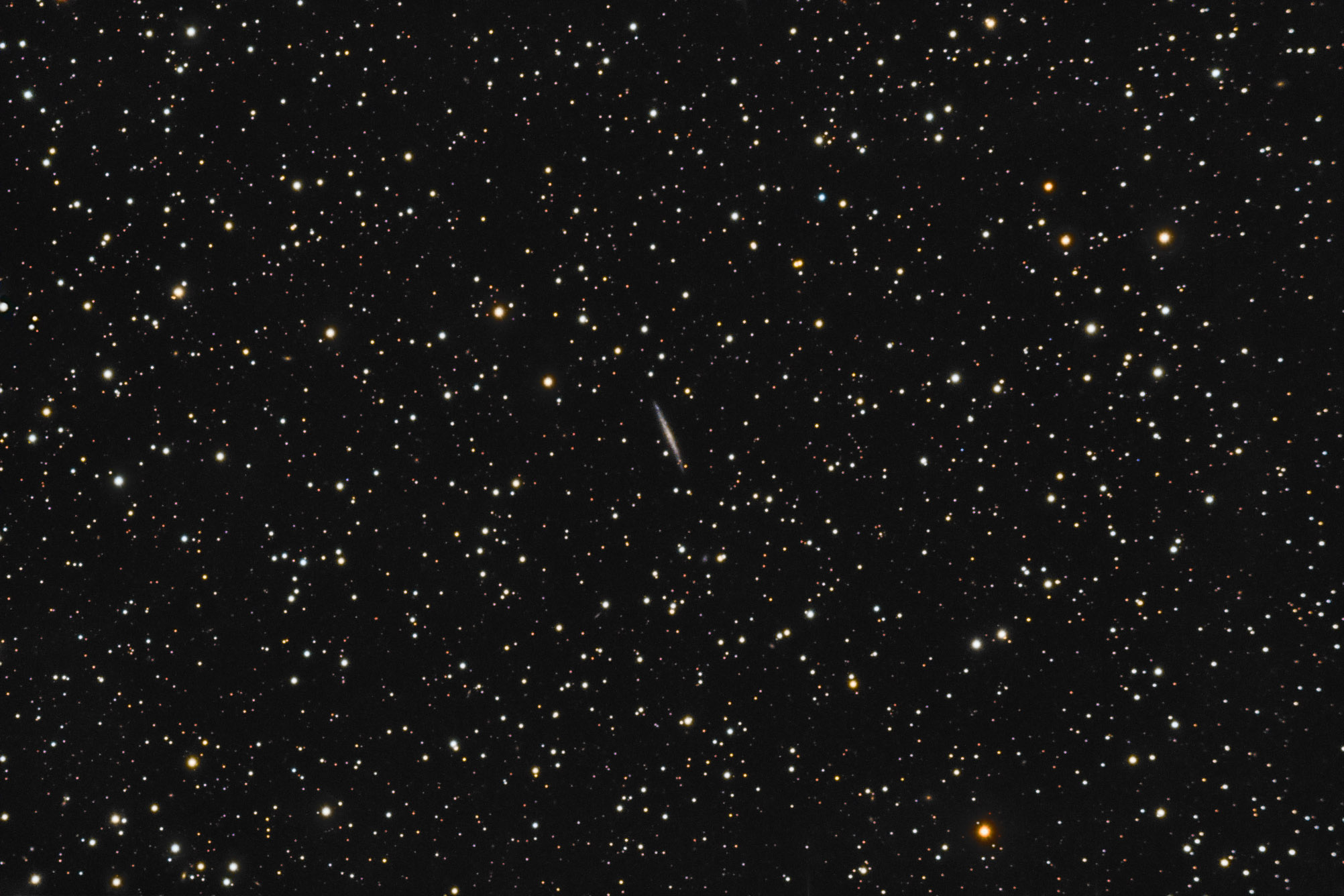 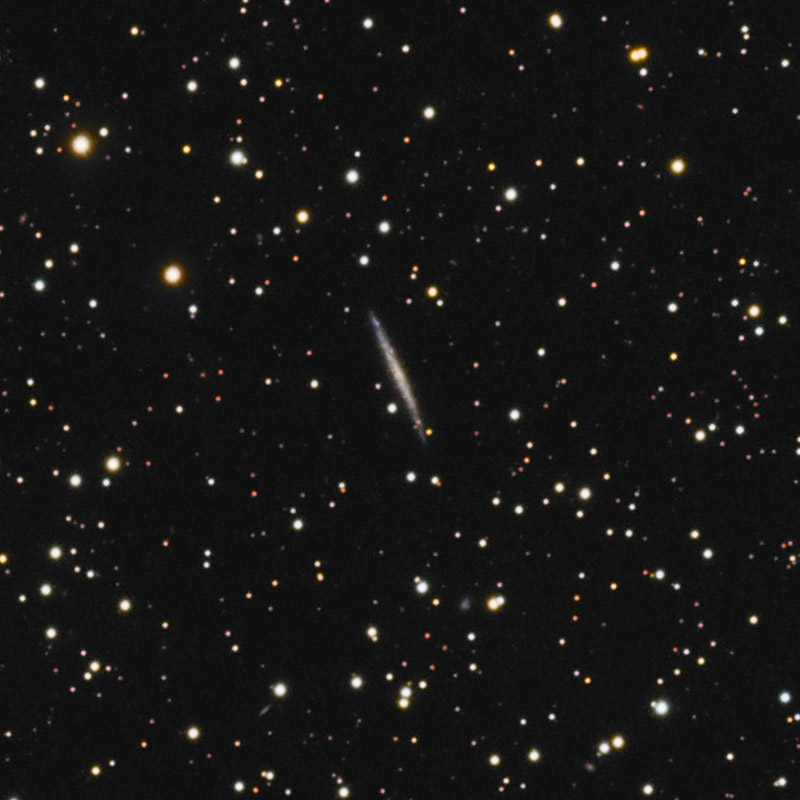