GK Persei is also known as Nova Persei 1901. While supernova can create remnants so can nova. This nova remnant is located only 470 parsecs away from us (1500 light-years). The remnant is large enough to be easily seen though very faint. Changes are evident in it due to its expansion in only a few years. I hope to revisit this one in a few years to see if I can resolve the expansion. As usual, for most of the last year and now into 2013, the transparency has been awful. I didn\'t get as much of it as I\'d hoped. To do it justice I need an OIII filter as well as H-alpha but as yet that is still on my wish list. The star is still unstable erupting every three years since about 1980 as a dwarf nova. Very deep images show a jet coming out to the northeast. It takes much more exposure time to pick it up than I gave it. I was surprised I picked up quite a bit of IFN in the area. Since most images of it are narrow band they miss this structure. It came as a surprise to me as I was processing the image. It is seen in very deep images that show the jet, I\'d just not noticed it for some reason. Due to all the colors seen in the remnant and the way it radiates out from the center it is sometimes known as the Fireworks nebula for its resemblance to a starburst fireworks shell -- a really powerful one!

There wasn\'t enough in the image to prepare an annotated image. No galaxy with a known redshift was listed in NED. The lone bright galaxy in the image is 2MFGC 02926 to the lower left. The only magnitude NED has for it is 13.6 and that is in the Infrared K band. 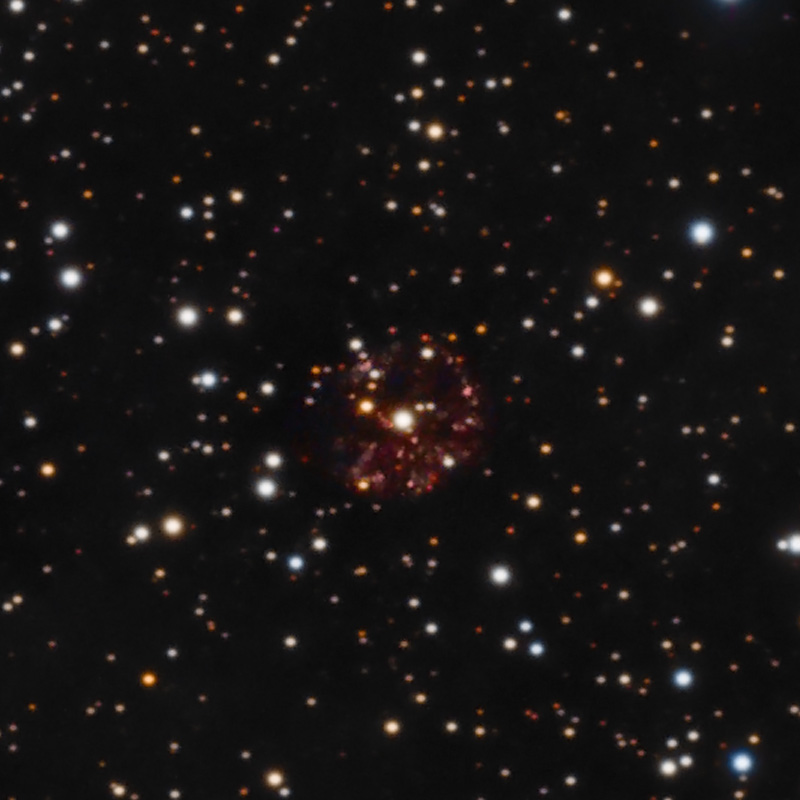 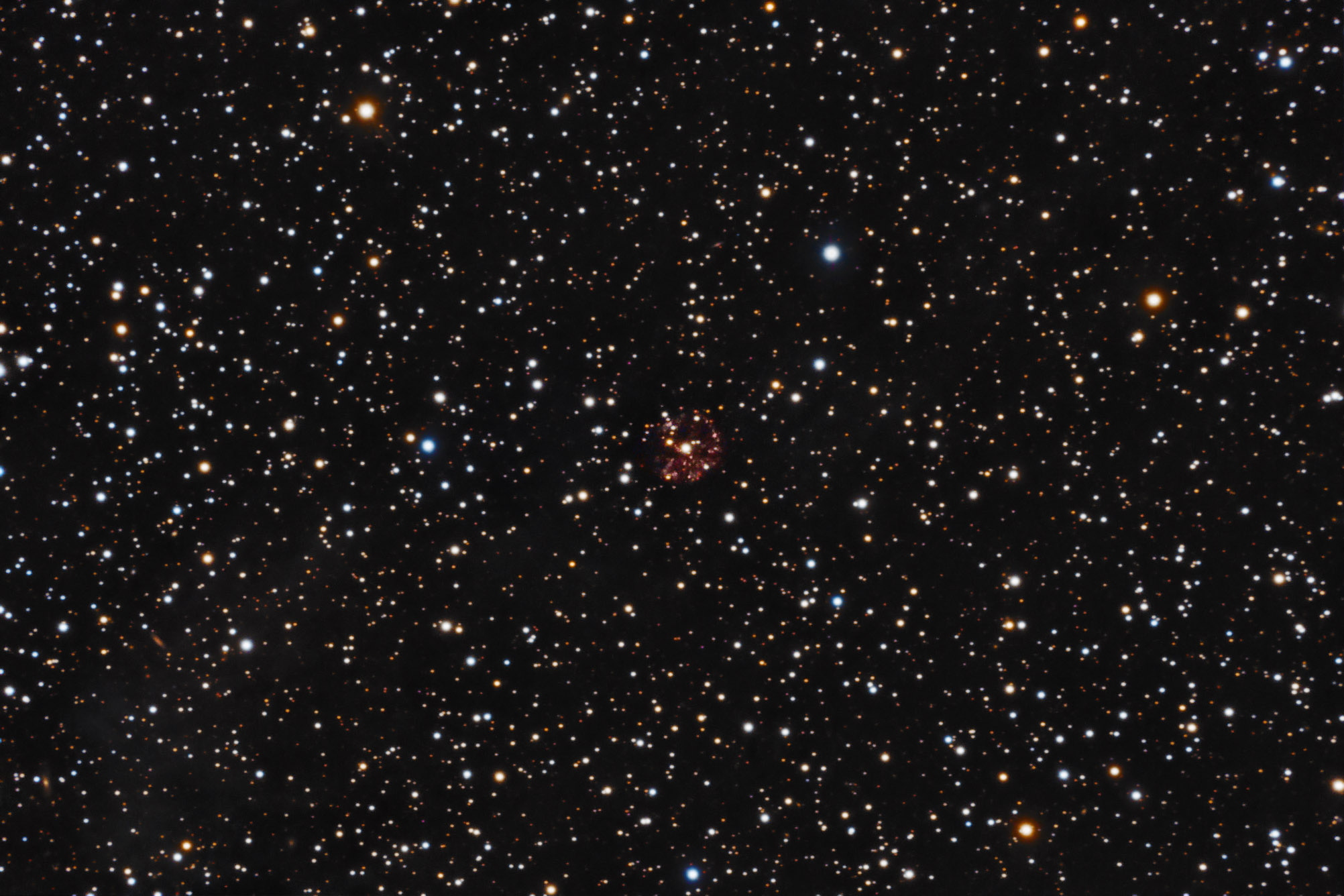