GN 21.00.4 is an orange reflection nebula in a molecular cloud [KTK2006] 175. The area is sometimes known as LBN 552 though that is the nebula to the upper right. I\'ve seen the reflection nebula called Cohen 129 though SIMBAD doesn\'t seem to know of that object. The only high resolution image I know about of it under the Cohen 129 name is at http://astrim.free.fr/cohen_129.htm and I seem to have a bit more detail even though I used a smaller scope but more exposure time (rare that someone uses less exposure than I do). Tom Davis\' wide field image of the area caused me to put this object on my to-do list http://www.tvdavisastropics.com/astroimages-1_00001c.htm . The link doesn\'t work as I type this.

In the center of the reflection nebula is a faint orange star. This is listed in SIMBAD as a young stellar object, a star still contracting to form a main sequence star. Of the three bright stars making sort of a line just left of the nebula, the bottom one is also listed as 3 YSO\'s all with the same coordinates. One entry likely refers to the other two. A near-infrared POSS image shows a faint star beside the central YSO that isn\'t seen in visual wavelengths. It\'s likely other new stars are hiding behind the dust.

I originally took this in August. Seeing was good that night but unfortunately, transparency was poor so I put it on the reshoot list. I reshot it in October but when I went to process it I found its seeing so bad it was unusable even for color data. The weather this year has been awful for getting good images. When I have good seeing, transparency is poor and when transparency is good seeing is awful. Too late to retake it I went back and managed to make the August data work. So this is really an August image rather than October.

This field is less than 12 degrees from the pole in Cepheus. I was unable to find any distance estimates for these nebulae.

The area must be rather obscured as I find only a very few faint, apparently very distant background galaxies. Only one of those is listed in NED and that without any useful information. It is the very small round galaxy near the right edge a bit below center. It has enough 2 micron radiation to make the 2MASS while the other fuzzies in the image apparently didn\'t. 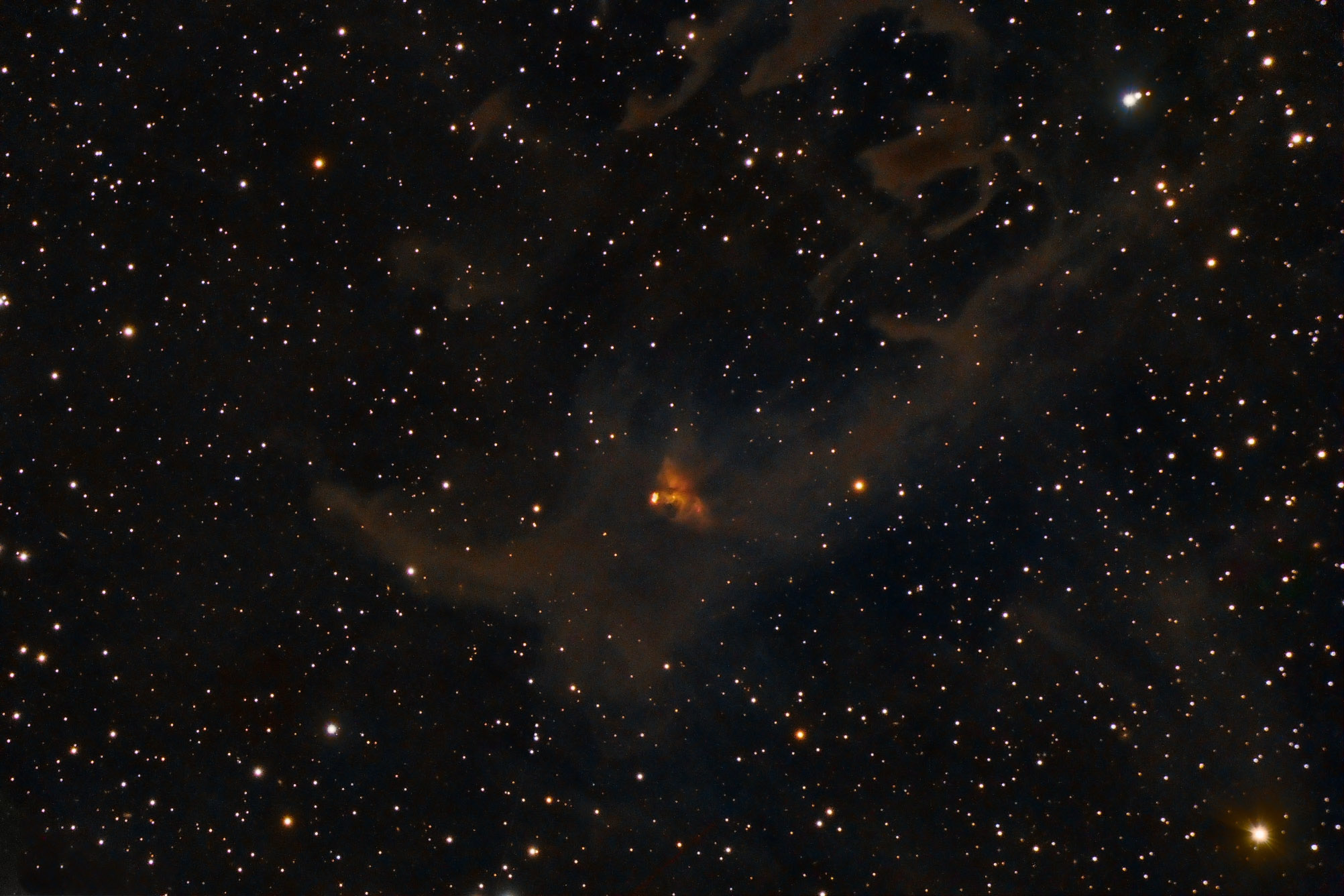