The Tower of Babble, that is the many catalog names for the same object, got me again. Seems I entered this object on my to-do list twice, once under Gum 85 and once under SH2-54. The result is the computer that decides what to take, when, dutifully took SH2-54 back in August of 2010 and then again in August of 2012 took Gum 85. Processing so many images I didn\'t catch it until I finished the processing. Seeing this version is an improvement over the first I decided to run it. Besides, this was one of the few images taken under rather good skies all of 2012.

Normally I display images with north up. I am making an exception here and have oriented it south up. This is because my sick brain sees this nebula looking like a chihuahua making a rather rude gesture with its front legs. Maybe it should be known as the Rude Chihuahua Nebula? Since a chihuahua\'s leg can\'t bend in that direction without breaking that may explain why it is mad. I should mention I\'m no fan of that breed. My maternal grandmother carried one wherever she went (almost 8 decades before Paris Hilton). I was 4 and told to kiss grandma good night. The dog chomped on my nose so hard I needed quite a few stitches. Next night I was told to do the same. I put up quite a fight but lost. This time the bandages helped, I only needed two stitches replaced. A couple days later my cat killed the blankety-blank dog much to my glee. The dog annoyed it one too many times. The cat was 20 pounds of muscle (mostly Maine Coon), Chihuahua 3.5 pounds of trembling \"Jello\" and sharp teeth. So is it getting back at me from the skies? My wife claims it looks like a pig but she had no encounters with that chihuahua. 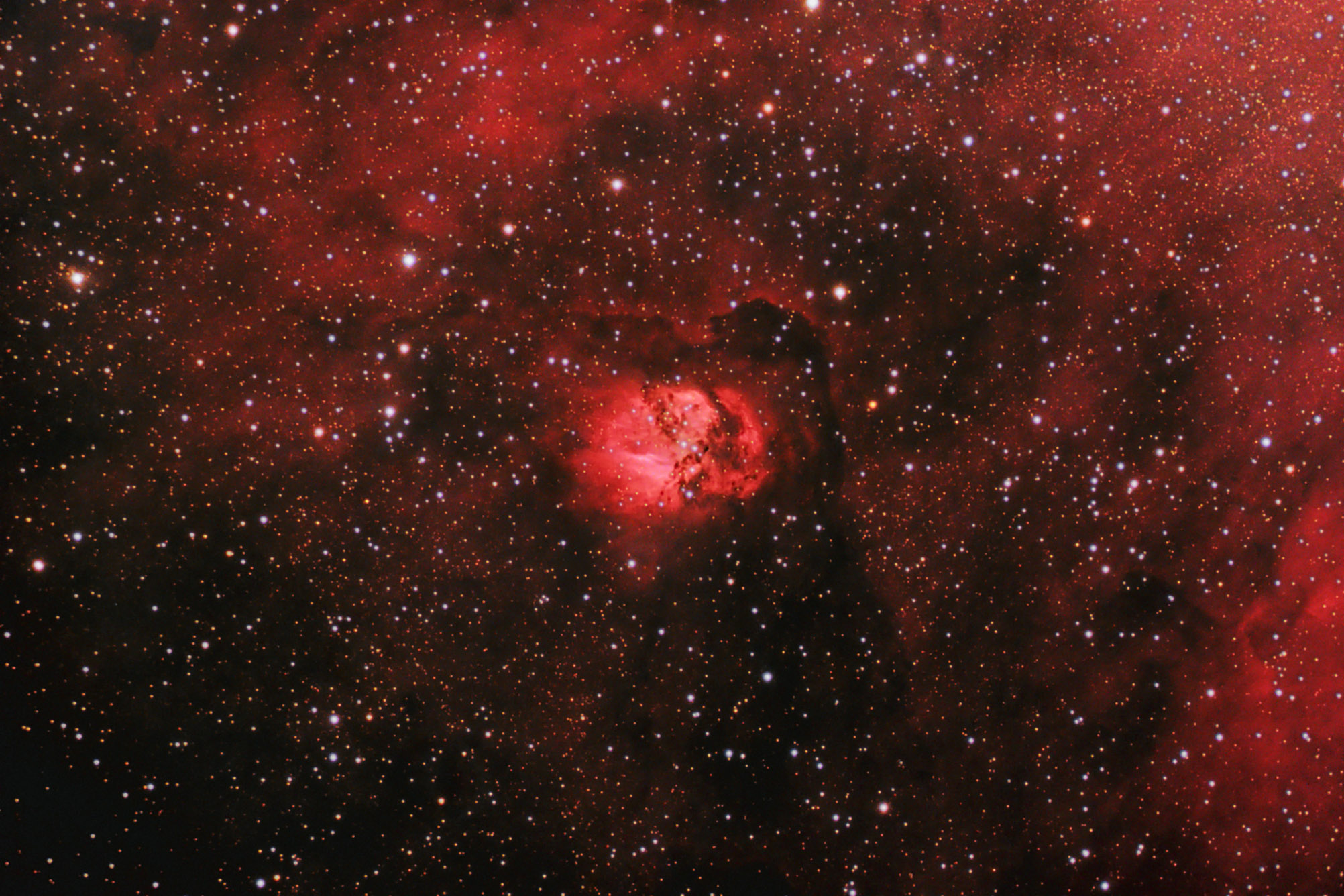