This interesting field in Cygnus just under 6 degrees due north of the North American Nebula. I\'ve centered on the variable star V1331 Cyg. It harbors HH389 and lights up the reflection nebula around it GN 20.59.5.01 forming an arc around the variable star. SIMBAD notes that while some consider the star an FU Orionis class star they say this is unlikely though it is a young stellar object so likely a star just coming onto the main sequence. It has a G5 spectrum so a bit redder than our sun. The reflection nebula is the dust left from the creation of the star that\'s lit by the star it created. As such it takes on pretty much the color of the illuminating star. Radiation pressure from the star likely created the arc as it pushed away the dusty cocoon of its birth. The star seems out of center indicating this dust may be piling up at a shock front as it moves through the very dusty interstellar medium in this part of the galaxy. I found no papers on this so am just speculating here.

The dark nebula complex running southwest (down and right) from the star is LDN 981. It appears something like a trident with an overly long central prong. The dark nebula in the lower left corner is LDN 984. Most of it is out of my frame. A bright star is out of the frame to the left center. It cast a very nasty set of bright streaks onto the image. I thought it far enough away not to be a problem. My crude attempts to process out the streaks may have done more damage than leaving the streaks in.

One paper puts the entire complex of the star, emission and dark nebula at a distance of 0.8kpc which is 2,600 light-years. http://cdsads.u-strasbg.fr/cgi-bin/nph-bib_query?1994ApJS...95..419D&db_key=AST&nosetcookie=1 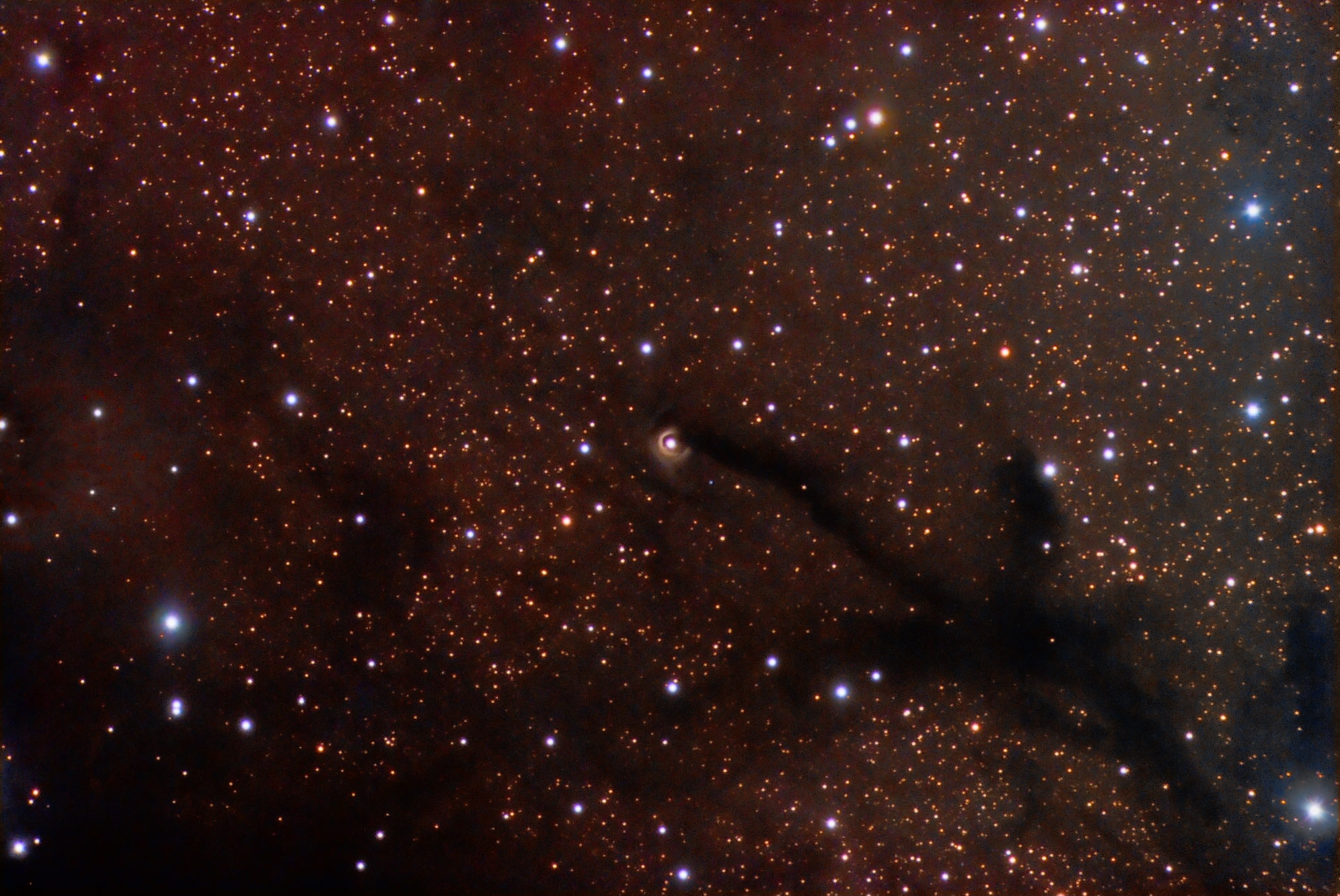