IC 166 is an open cluster in Cassiopeia. It is about 10,750 light years from us by one paper I found. The WEBDA puts it at 13,000 light-years. Pinning down an open cluster\'s distance is still beyond the science in most cases. Its age is estimated to be about 1.32 +/- 0.43 billion years by one paper though WEBDA puts its age at about 426 million years. A rather large discrepancy. I vote for the older age as being more correct. Wide-field images show it is seen at the edge of a weak dark nebula so stars are likely reddened. WEBDA says it is reddened by one full magnitude. It\'s age plus the dust likely account for the rather red color of most of the stars in the cluster. It was discovered by William Denning sometime in 1890. His records sometimes can be pinned down only to a year as is the case here. 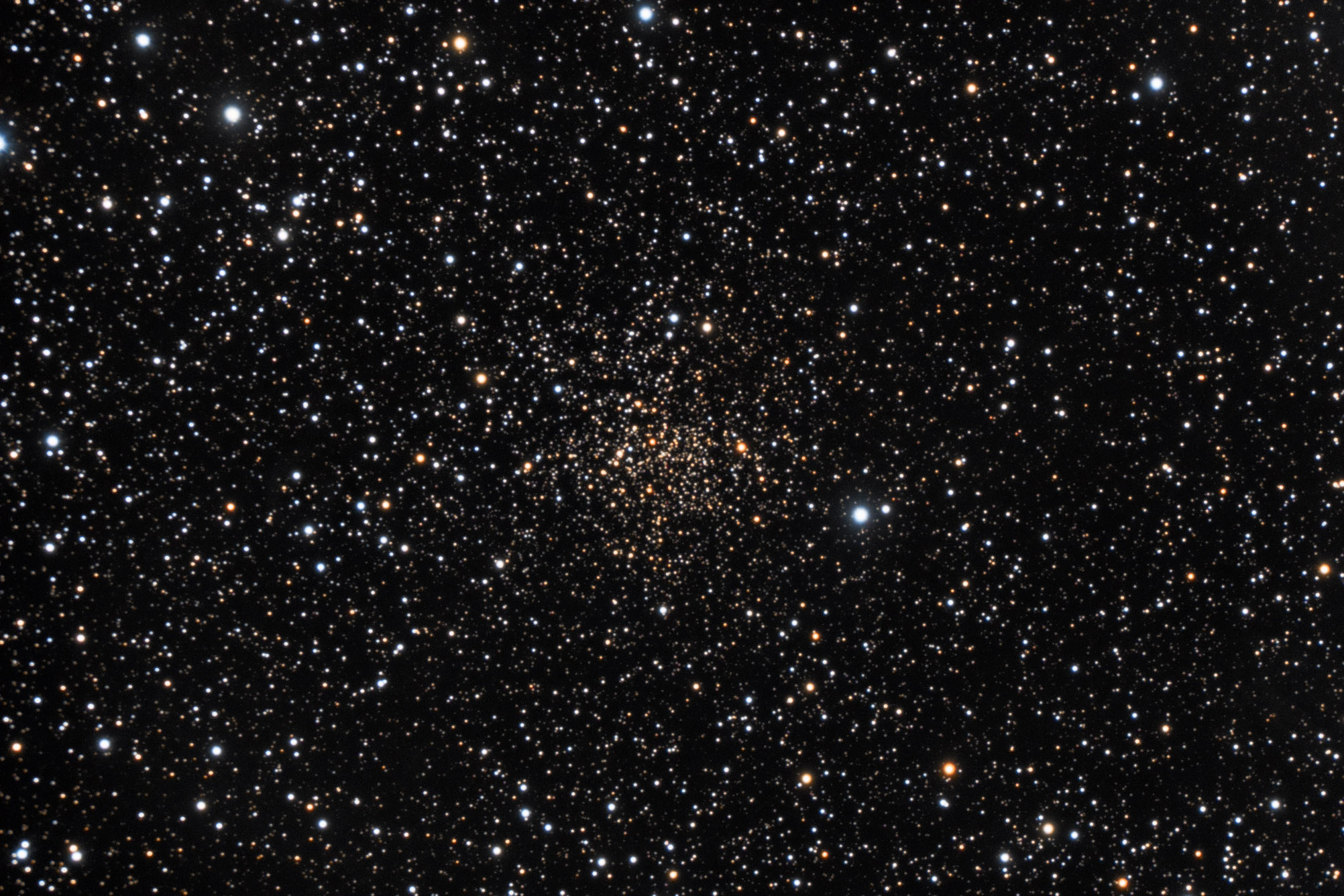