IC 174 is a strange elliptical galaxy in Triangulum about 230 million light-years distant. It has a very strange red dust lane and is quite irregularly shaped with plumes going in several directions. My 60 minutes of time wasn\'t enough to show them very well. I took three times this data but it was so poor it made the image worse rather than better so wasn\'t used. Someone with better skies likely can show the plumes better. I found no reference to the dust lane and only an understated comment in the UGC saying \"Complex center, slightly asymmetric envelope.\" That seems to ignore the plumes. I agree the core region has some interesting structure not normally seen in elliptical galaxies. In all, I\'d think this is a likely the result of one or more rather large galaxies it has consumed. Though I found nothing in the literature about it. A single non-redshift measurement using the Fundamental Plane system to determine distance comes up with 210 million light-years. Rather good agreement yet the method assumes the galaxy is quite symmetrical in its mass distribution. Since that might not be the case here either it means these plumes have little mass and the vast majority of the galaxy is symmetrical or the method just got lucky. Probably the former is the case.

Only two other galaxies had any redshift data, both at the top of the image. They are of similar distance so are likely related. The galaxy I most wanted to know about is KUG 0152+349 south-southeast of IC 170. NED classifies it simply as \"Spiral\". That seems odd as I see no hint of spiral structure. It seems composed of a faint core with four bright regions around it. I\'d love to see a better image of it but can\'t find one. I found no redshift for it. Also near the bottom of the image is what may be a pair of interacting galaxy. Only the northern one is even listed in NED. The southern one has a plume to the southwest and a weak one to the northeast that overlaps the northern galaxy. I found no information on this pair to help determine if they are related or not.

One faint asteroid appears in the image of nearly 20th magnitude and moving rather rapidly. That makes it rather faint in the image. Though, if this had been a typical night this fall for transparency I\'d have missed it entirely. 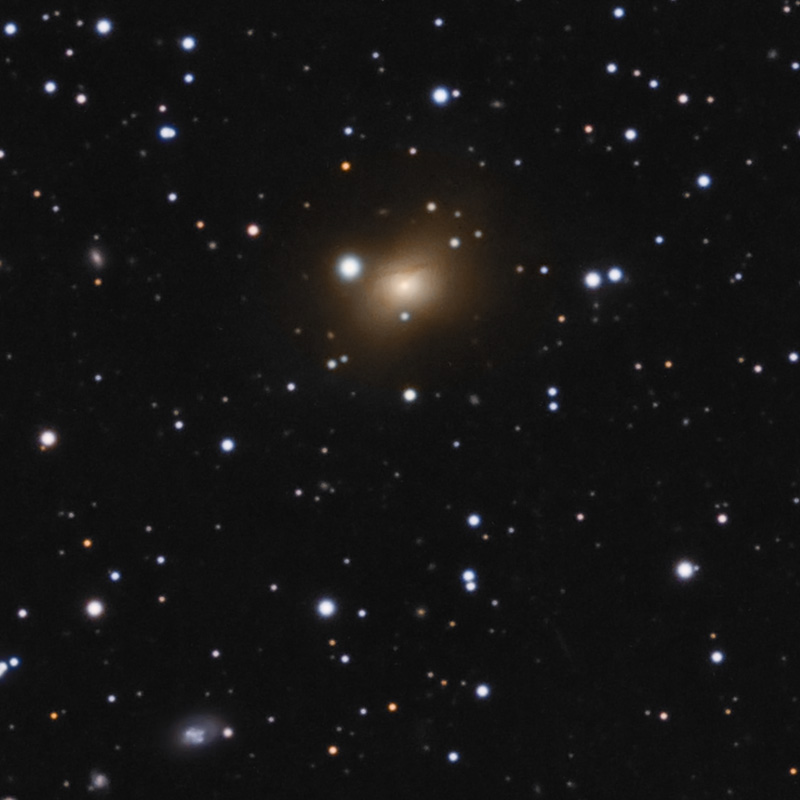 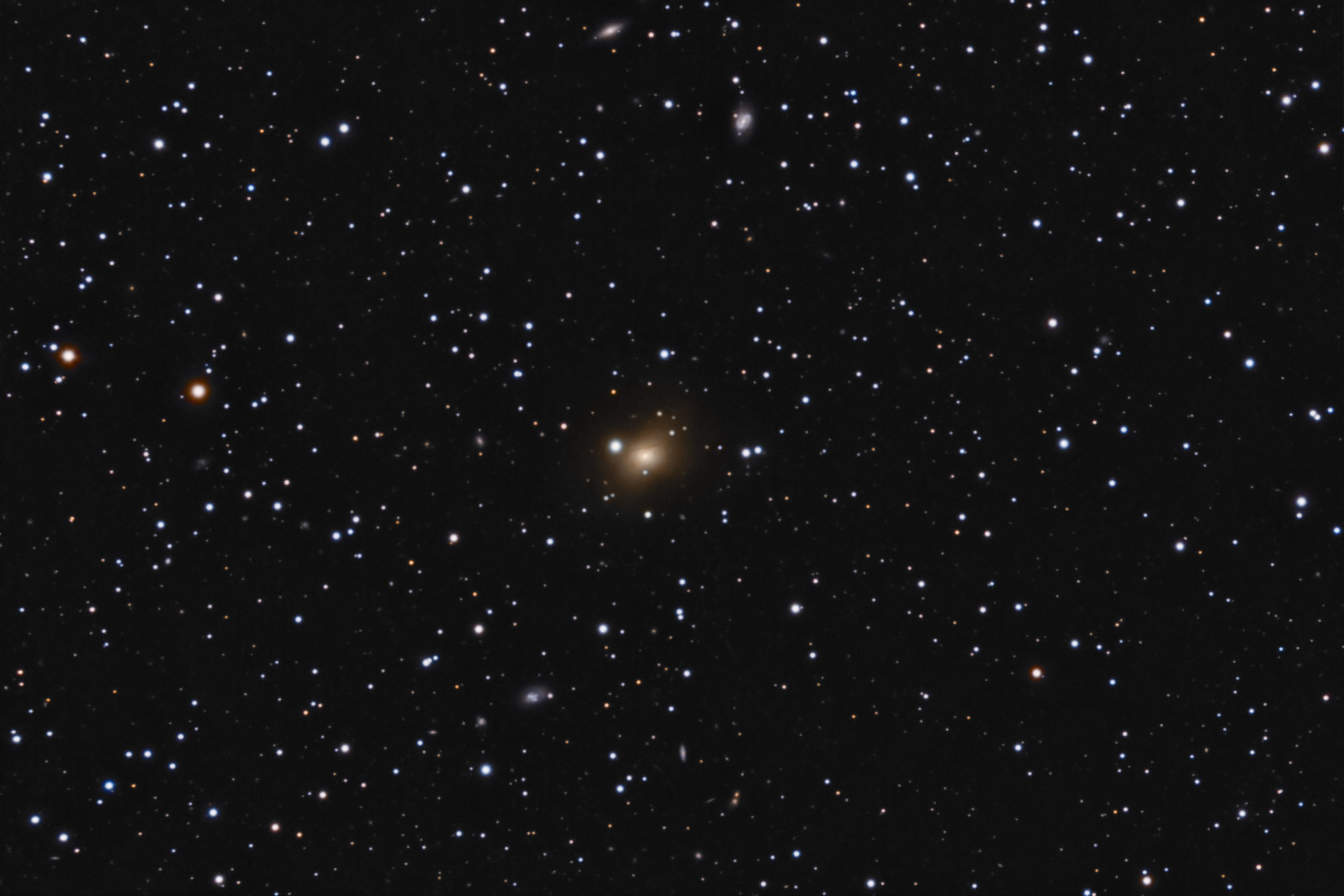 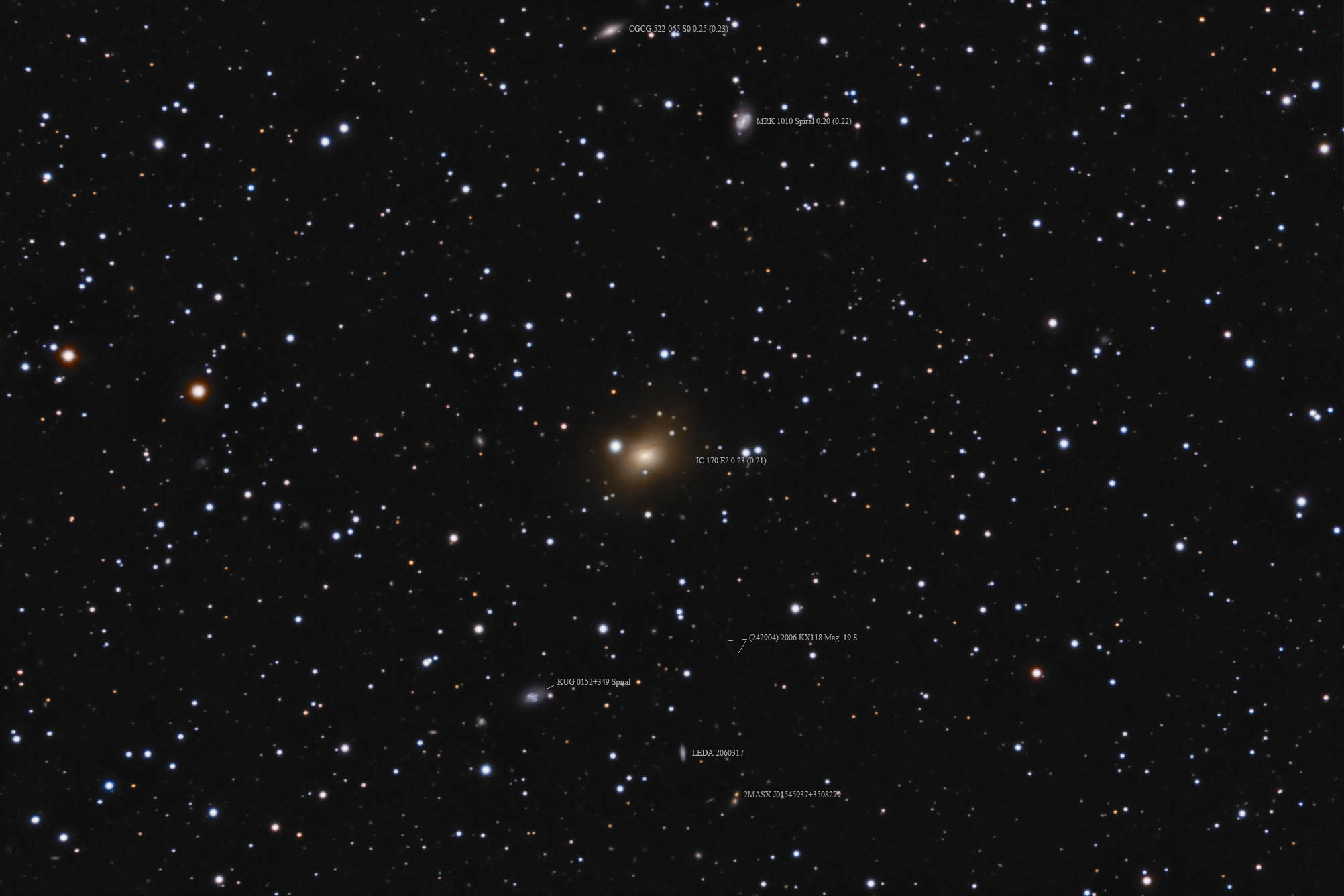