IC 0187 is a pair of galaxies in Triangulum on the border with Aries. In fact, UGC 01533 (upper left corner) is in Aries. IC 0187 is an SBa spiral about 220 million light-years from us. UZC J020133.7+262902 is superimposed on IC 0187. The ALFALFA catalog considers them a merging system though the UGC calls them simply superimposed galaxies. Are they merging? The smaller UZC galaxy does seem to have a faint plume on the northeastern ansa. This may just be normal for the galaxy. I see no sign of interaction distorting the form of the larger IC 0187. With no redshift data for the UZC galaxy, I have to consider this as yet an unanswered question. The ALFALFA data is taken with the Arecibo radio telescope. Radio data may show features unseen at visual wavelengths. I didn\'t see any explanation as to why they consider this a merging system. Both galaxies are rather red in color with few new stars. Interaction often triggers star formation. Both appear to have plenty of dust and likely gas for this. I lean toward no interaction but it wouldn\'t take much to change my mind. Obtaining a redshift for UZC J020133.7+262902 might help settle this question. Also, consider that if this is their first approach then distortion wouldn\'t be easily seen at my resolution. My crude modeling of such interactions back in the early 80\'s showed little until distortion until after closest initial approach.

The field is rather poorly covered at NED. I\'ve identified every galaxy in the field noted at NED, most have no magnitude, redshift or classification data. The only exceptions besides IC 0187 are IC 0188 and UGC 01533. IC 0188 has almost exactly the same redshift as IC 0187 so is likely a true companion. NED classifies it as S?. Its core is sloshed in that it is well off center. This is usually considered a sure sign of interaction. Could the possible tidal features of the UZC galaxy be due to interaction with IC 0188 rather than IC 0187? I\'d think if IC 0187 had \"sloshed IC 0188 it would show some sign of it as the mass difference doesn\'t seem sufficient to protect it. IC 0188 is much bluer than IC 0187. This color is consistent with it interacting with something and its \"sloshed\" state.

The vast majority of the galaxies in the image are unlisted at NED though Sloan has imaged this field. I expect it eventually to be included at NED but until then this will have to do.

IC 187 was discovered by Edward Swift on January 18, 1890. While I\'ve identified the galaxy northeast of IC 187 as IC 188 many say IC 188 doesn\'t exist and it should be called simply by its PGC designation, PGC 7706. This is because there\'s nothing at the position Swift has for IC 188 yet he \"found\" it the same night as IC 187 whose position he got reasonably correct. But his position for IC 188 is an empty space 30 minutes north of the galaxy sometimes called IC 188, PGC 7706. Here Seligman and Dr. Corwin of the NGC project disagree. Seligman says it isn\'t PGC 7706 and Dr. Corwin says it is. You can read all about it here http://cseligman.com/text/atlas/ic1a.htm#ic188 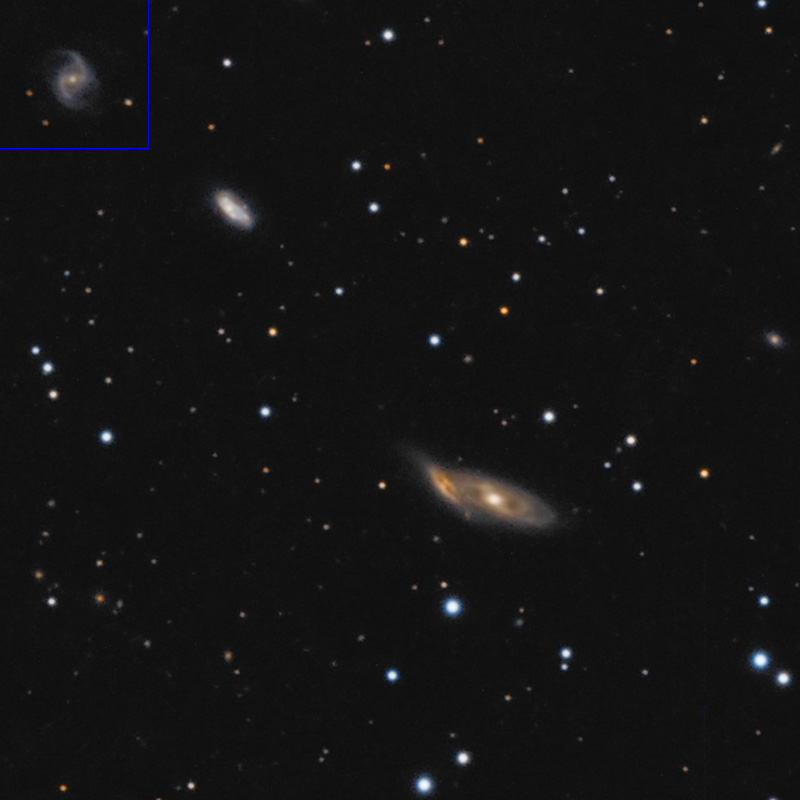 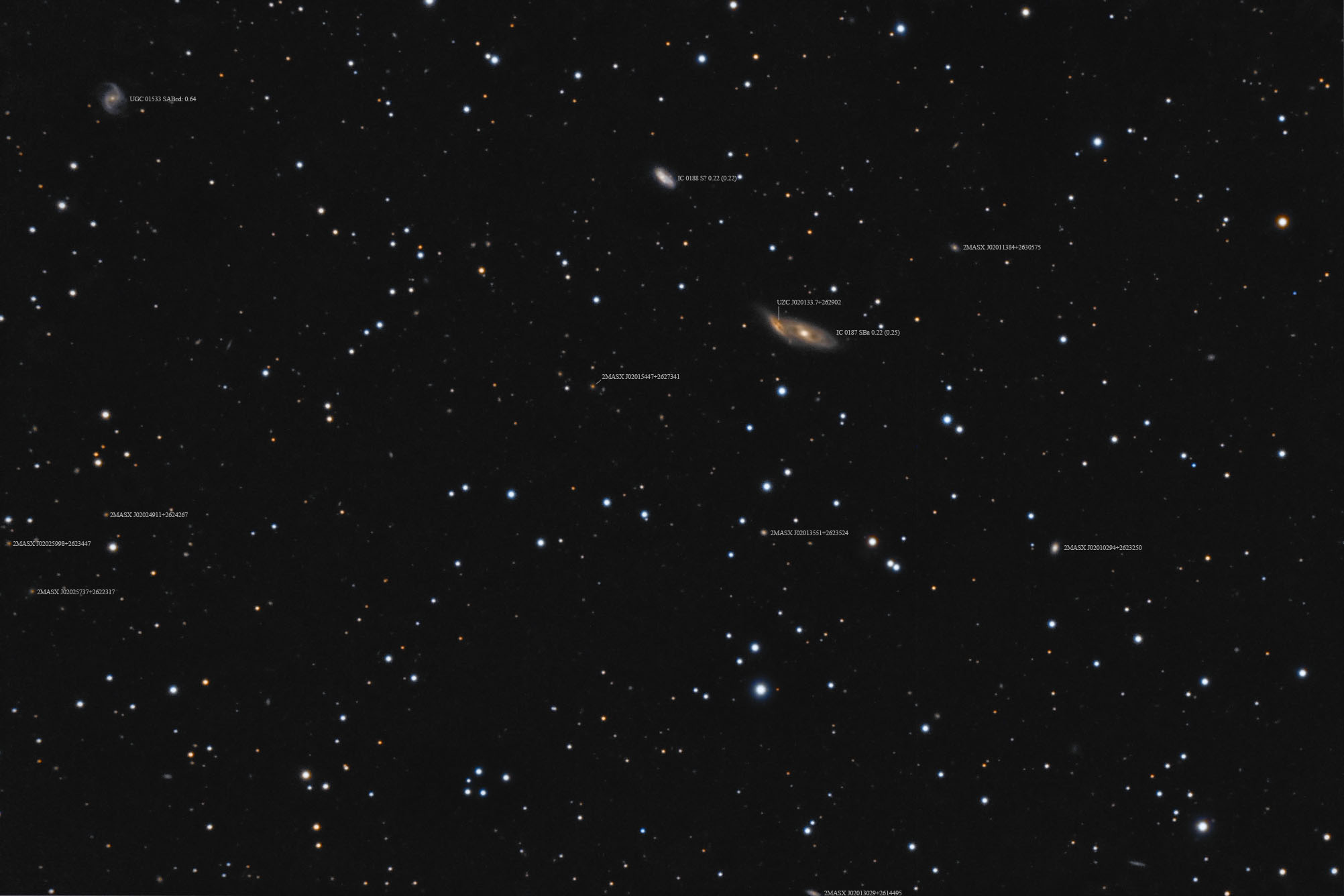 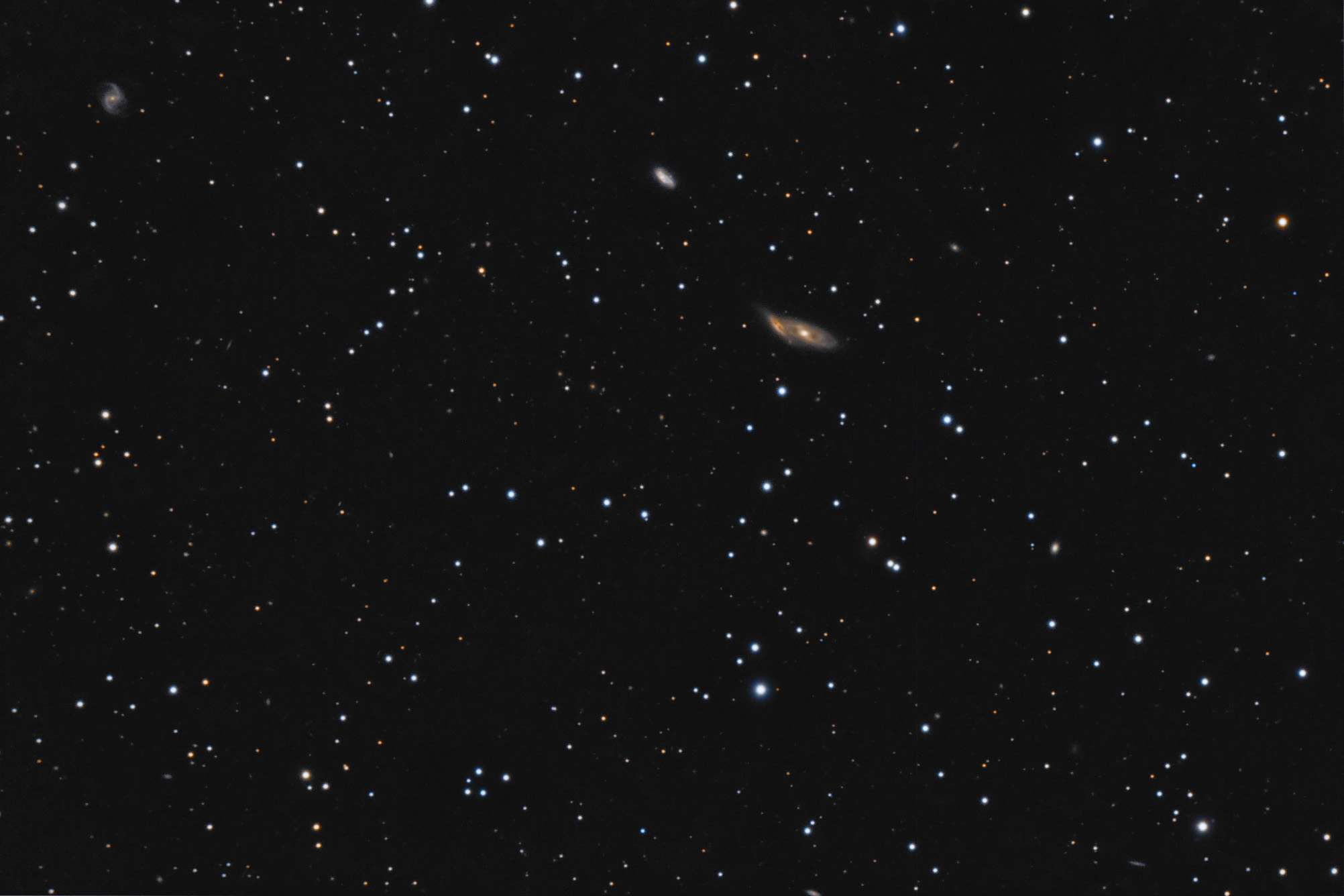