NED and Seligman classify it as SB(rs)bc. The bar is obvious. The northern arm coming from the ring is well defined with lots of star clouds. The southern arm is quite fuzzy and rather straight. One paper (http://iopscience.iop.org/article/10.1086/521358/pdf ) describes this galaxy as: \"From the global distribution of optical light, this galaxy appears asymmetric. Our images show an apparently multiple set of faint southern arms and a strong southern dust lane. The red central region, including the bar, and the bluer ring and arms are emphasized in the B-I color index map.\"

This galaxy somehow managed to escape detection until Stephane Javelle found it on December 15, 1892. Yet another image compromised by poor seeing and transparency. Pretty much the norm, unfortunately. NED had nothing much on the field so no annotated image this time. 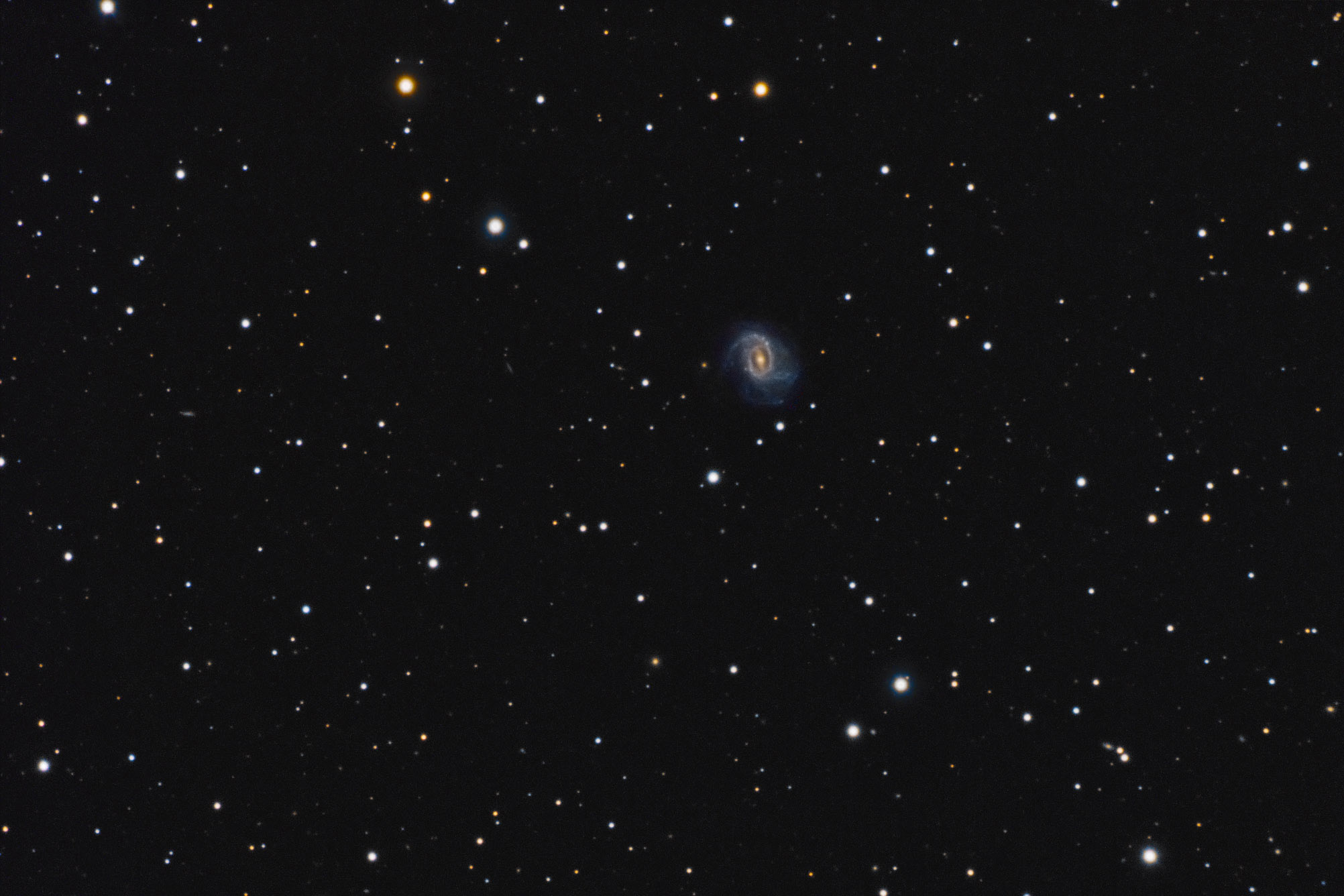 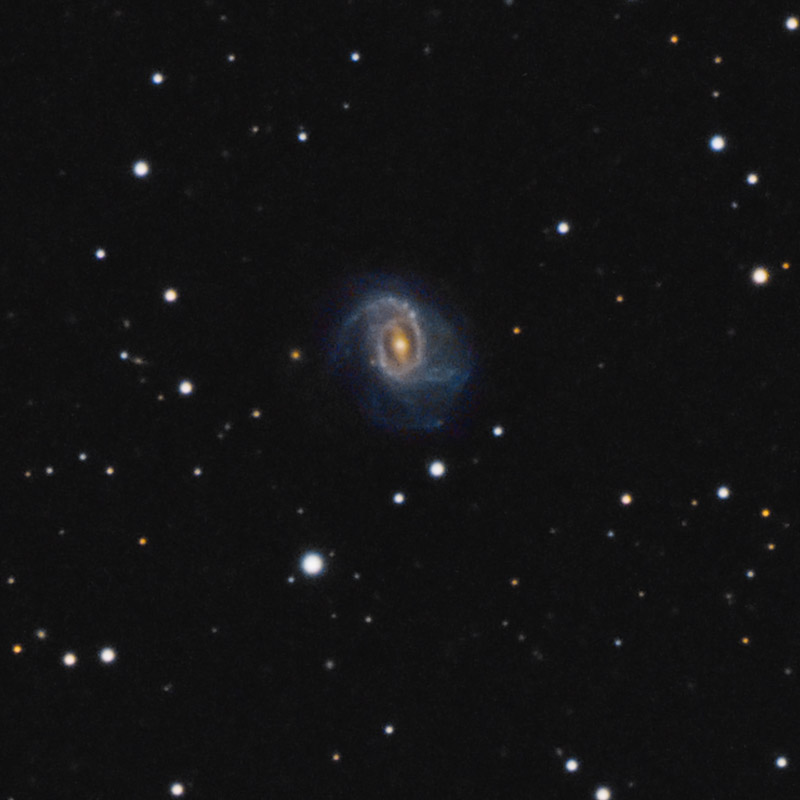