IC 311 is a very strange edge on? galaxy on the south-southeast edge of the Perseus Galaxy Cluster, Abell 426. It is located about 190 million light-years away. The cluster has an average distance of 240 million light-years so it isn\'t likely a member of the cluster. What drew my interest to this galaxy is that it appears to be an edge on spiral galaxy seen very close to perfectly edge on. The dust lane bisects the galaxy perfectly. But then there\'s a second dust lane below the linear one. This one is curved and appears to be in two parts. There\'s a sudden jog a bit right of the vertical axis where this second dust lane jumps north a bit on the western (right) side. The lane seems tilted with respect to the galaxy itself and the dust lane running directly through the core. Is this second dust lane due to something IC 311 is digesting? I found absolutely nothing on it other than a comment in one paper that it exists. But that doesn\'t mention the sudden break offsetting the northern and southern parts by about the dust lanes diameter. I measure its diameter at about 90 thousand light-years so it is a respectable spiral. There is some disagreement as to classification. NED says S? while Seligman says Sb? pec. I much prefer Seligman\'s take on it. That second dust lane where none should be certainly is peculiar. It was discovered by Lewis Swift on October 10, 1888.

Apparently, it isn\'t strange enough to have been investigated. Being near the Zone of Avoidance the entire field is poorly researched. While the SDSS has covered this area the data isn\'t in NED as yet so I didn\'t pick it up. A high-resolution image from the survey that shows the discontinuity of the second unexpected dust lane can be seen here http://cseligman.com/text/atlas/ic311.jpg

No other galaxy in the image had redshift data. Many aren\'t in either NED or SIMBAD. Two I especially wanted to find information on fell into that category. They could be two interacting galaxies or more likely two very different galaxies seen along the same line of sight from our position in the universe. There\'s a somewhat red star-like object between them that\'s much fainter than either yet that did make it into NED\'s database. I doubt it is related to either of the other two and none had distance data of course. I\'ve marked the two unknowns each with a question mark in the annotated image. 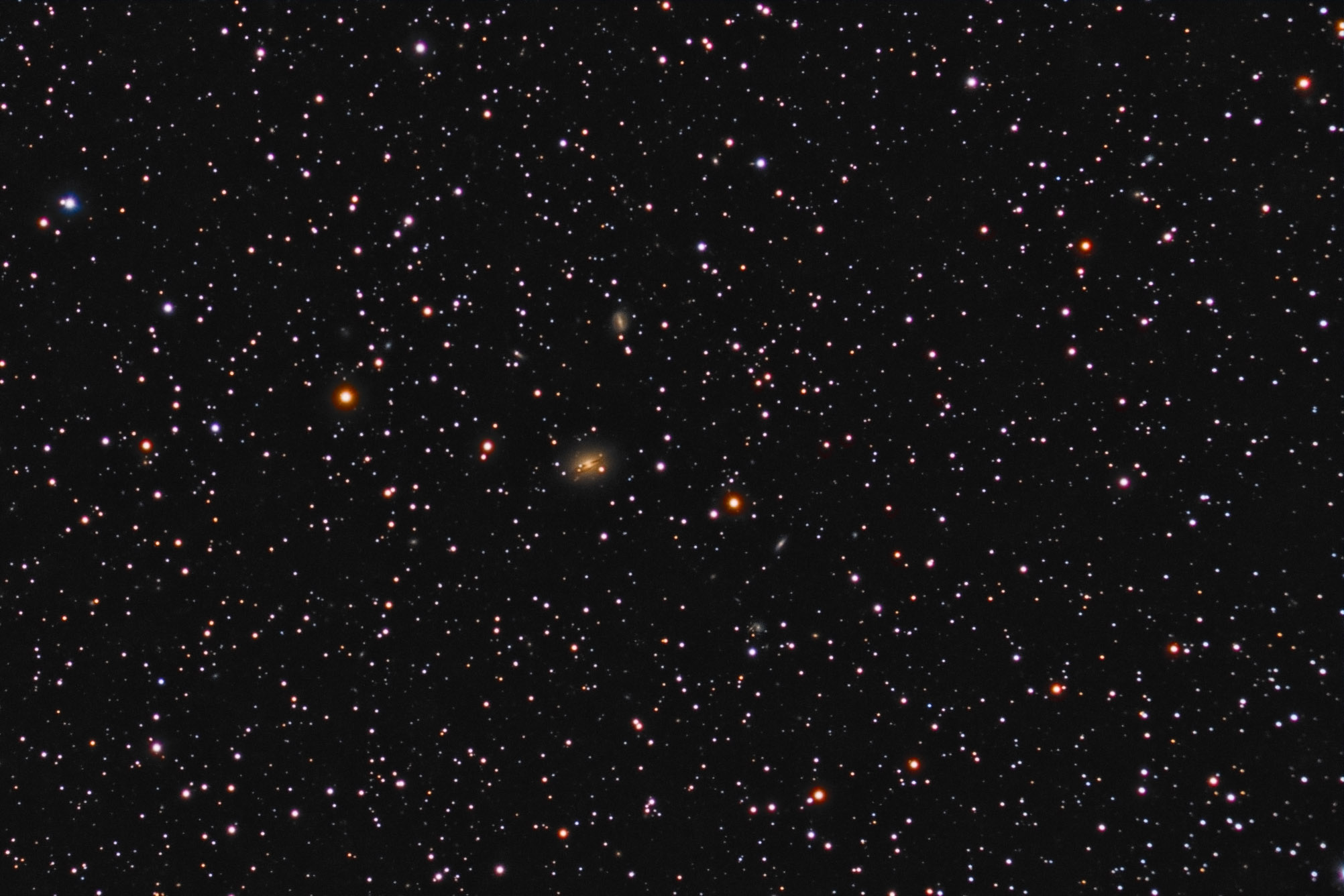 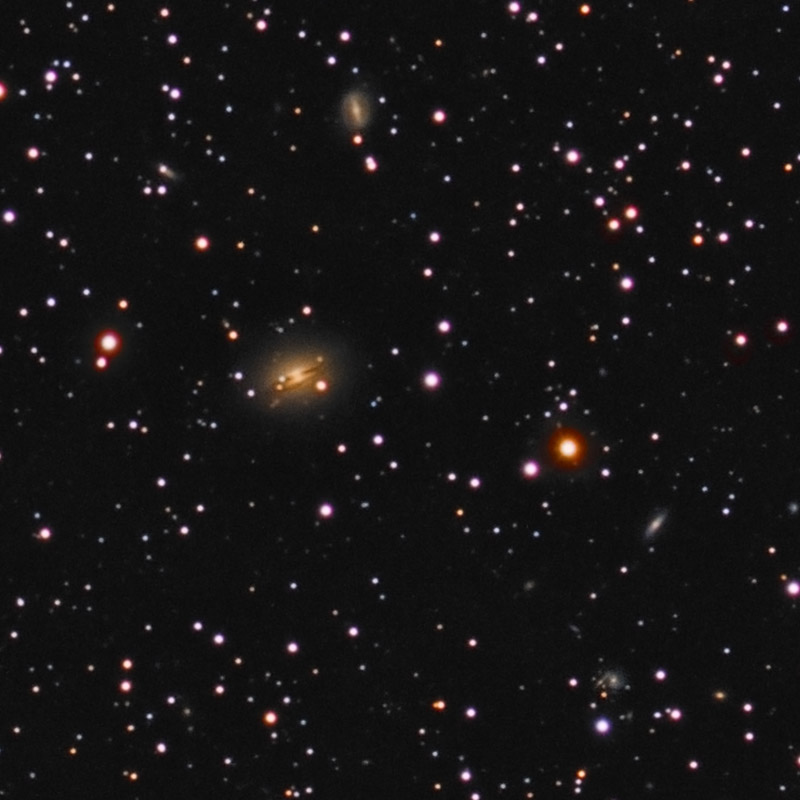 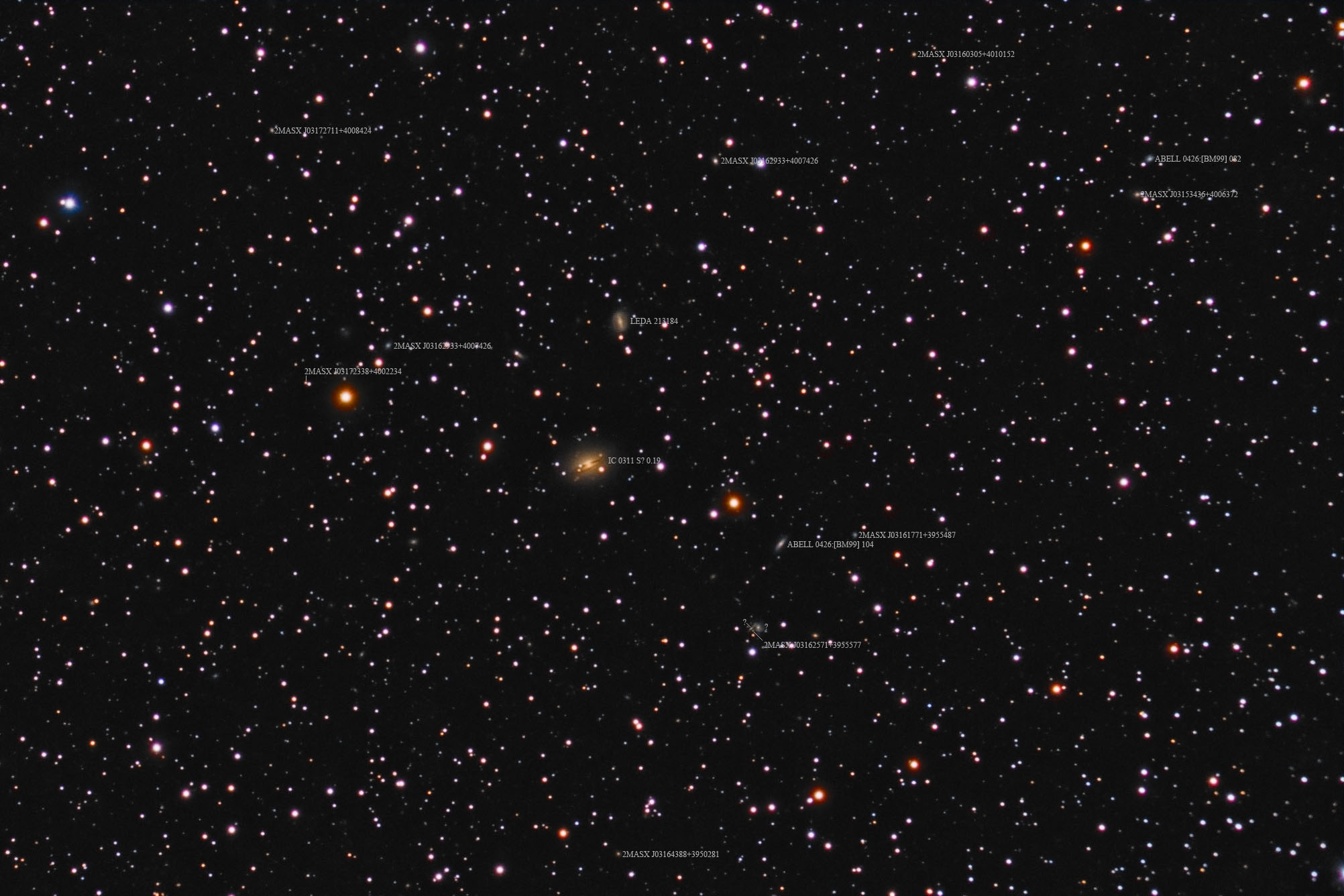