This field is located in Taurus about 4 degrees southeast of M45 and thus in some of the outer nebulosity the cluster is passing through. My image scale is too large and exposure time too short to bring it out as more than an uneven backdrop for these galaxies. The 4th magnitude K0III 37 Tauri cast a nasty gradient across the image further dimming the nebulosity. I thought I had it far enough out of the field but it hit something in the camera making a mess across the frame.

The main galaxy in this image is IC 357. To its east is the double galaxy system of VV 777 and the dwarf LEDA 213269 just above them. VV 777 is composed of UGC 02942 and 02943. UGC 02943 appears to be behind UGC 02942 and does have a very slightly greater redshift. It appears the pair is interacting as UGC 02942 has a plume on its western (right) side and the northern ansa of 02943 appears distorted once it rises above the disk of 02942. Unfortunately, a large reflection ring cast by my corrector plate from 37 Tauri happened to lie atop this pair making it harder to tell exactly what is going on. Galaxy pairs such as these are sometimes called \"Crossed Sword Galaxies\" though maybe today it should be \"Crossed Lightsaber Galaxies.\" VV 777 and IC 357 are all about 280 million light-years distant and are part of a much larger system of 14 galaxies LDCE 0281 that NED puts at 283 million light-years. Though only these three have redshift data in my frame. The cluster center is off the edge of my frame on the eastern side so most of the galaxies are likely out of frame as well.

IC 357 may have been disturbed by an interaction in the distant past as it looks like a typical two arm barred spiral with extra arm segments not really connected to either main arm. One lies above the northern arm. One is just below the core of the galaxy and is rather broad with fuzzy edges. Below it is a thin arm going south and a bit west that is sharply defined in comparison to the rest of the galaxy. IC 357 was discovered by Truman Safford on January 1, 1867. 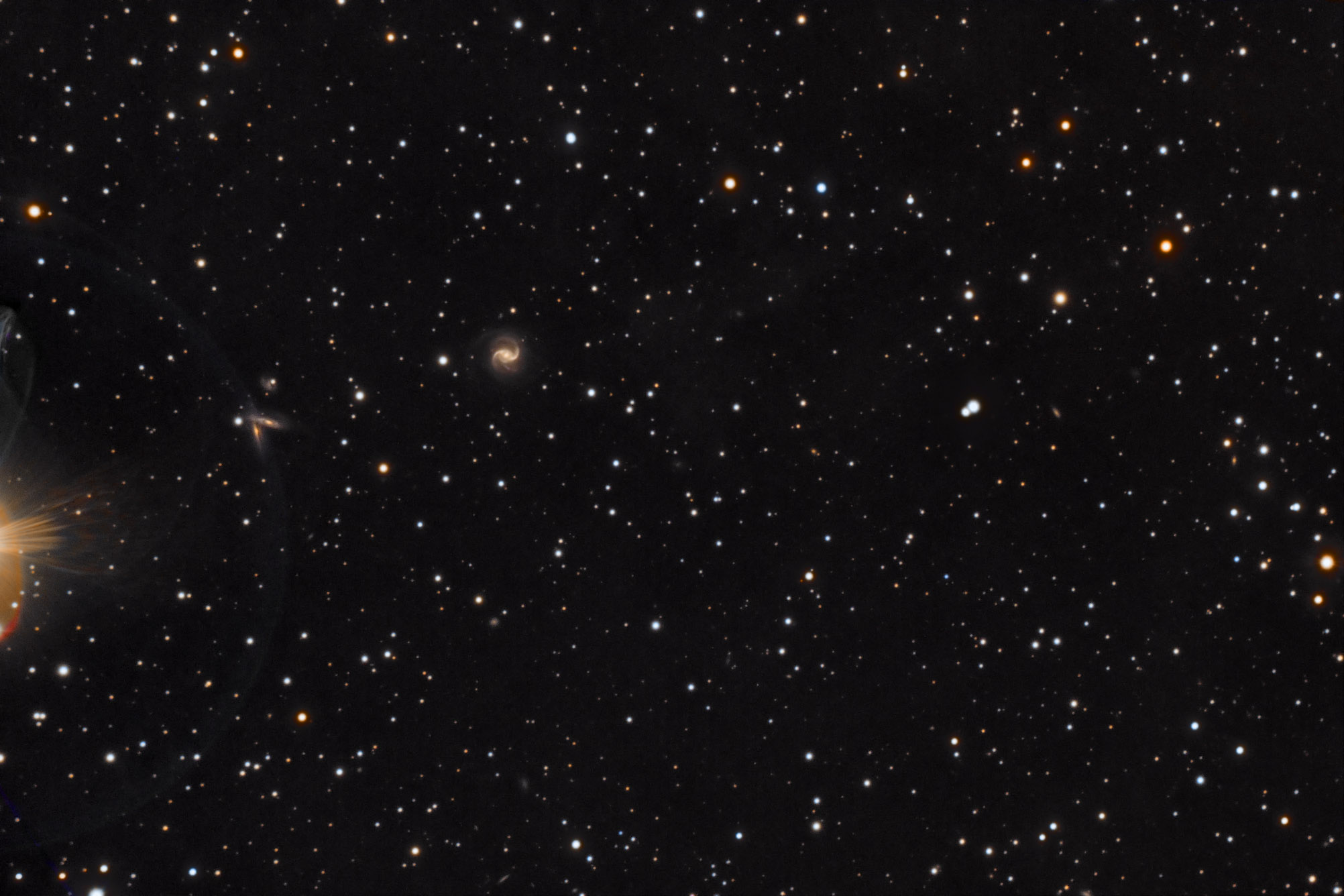 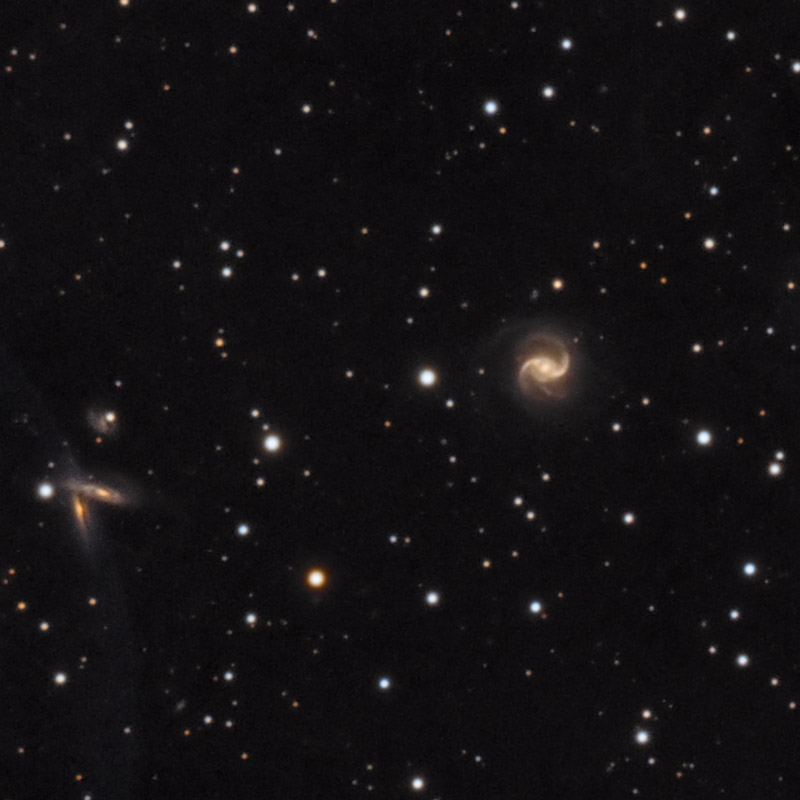 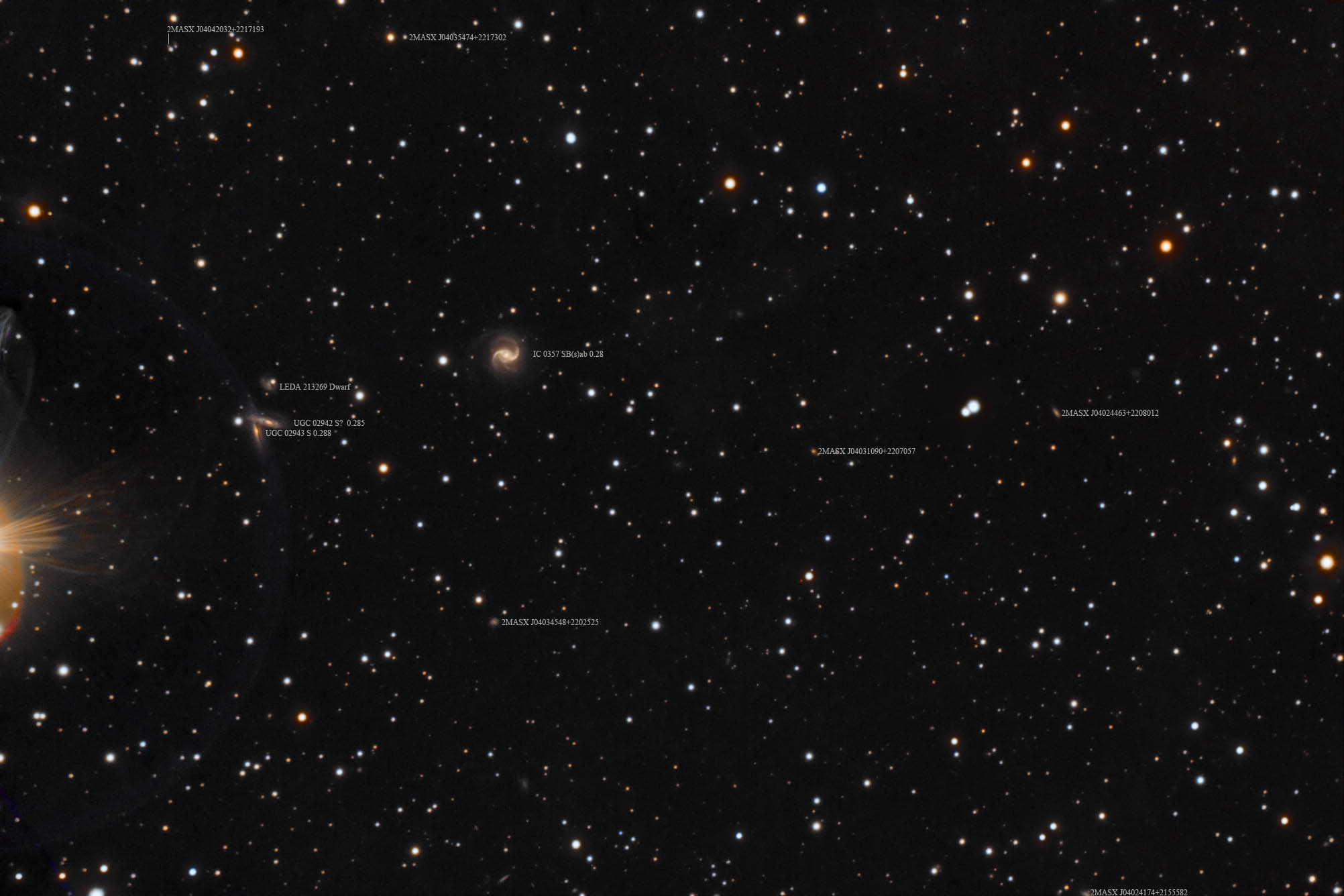