IC 359 is a strange galaxy in Taurus about 180 million light-years distant. It is classified as E or S0? depending on the source. The only problem is that it has blue spiral arms. There are 2 of them that are wide open like an Sd galaxy. The eastern arm is broader and less distinct than the western. Are they faint because the galaxy is heavily obscured or because they really are faint? I favor the latter since they are quite blue. I\'d expect extinction to make them white to somewhat red in color. There\'s, even more, confusion about this galaxy as some catalogs, and even my The Sky 6 Pro confuses it with nearby LBN 782 a reflection nebula. But it refers to the reflection nebula as Lorenzin IC 359 and identifies it as a nebula. It\'s original discovery by Lewis Swift on Christmas day 1891 misplaced it one minute to the east where there is nothing of interest. Most feel this was just a one digit error in noting the position. The declination was correct. LBN 782 is over a degree and a half away and not his object no matter what some catalogs say.

UGC 02985 is listed as an Scd: galaxy. It has an odd dust lane system that doesn\'t seem to describe a spiral pattern to my eye. One even angled down and out of the galaxy from the core region, far from what I\'d expect. The galaxy is rather red. Like with IC 359 this could be due to extinction or it really is red. To be consistent I\'ll say it really is red.

To the north is UGC 02986. While I saw it as a spiral it is classified as an irregular galaxy of the Magellanic type. It is somewhat bluer than its neighbor, UGC 2985.

There\'s a faint strip of nebulosity in the upper left corner. It isn\'t in any catalog. All I find is that SIMBAD shows an IR source at that location but gives no other information. I doubt it is related.

I tried over several nights for this galaxy but the weather conspired against me every time. This image is made from the best 10 out of 24 I kept and out of about 50 of which most were discarded. While the luminosity was poor the color frames are even worse making the color data rather iffy. The fainter regions may be too red as the blue data was taken under the worst skies. All this results in a rather noisy image due to the extreme stretch needed to pull out the faint arms around IC 359.

I need to credit Jim Thommes for introducing me to the strangeness of this galaxy. I had completely overlooked it as not at all interesting as no image I\'d seen showed the arm\'s until he posted his wide field image containing it and noticed the faint arms. I had considered putting it on my to-do list due to the confusion over its identity not realizing it had the odd structure. After seeing Jim\'s image I put it at top priority and spent the rest of January, including the night he posted it, trying to capture something useful but mostly failing. http://www.jthommes.com/Astro/LDN1495LBN782.h 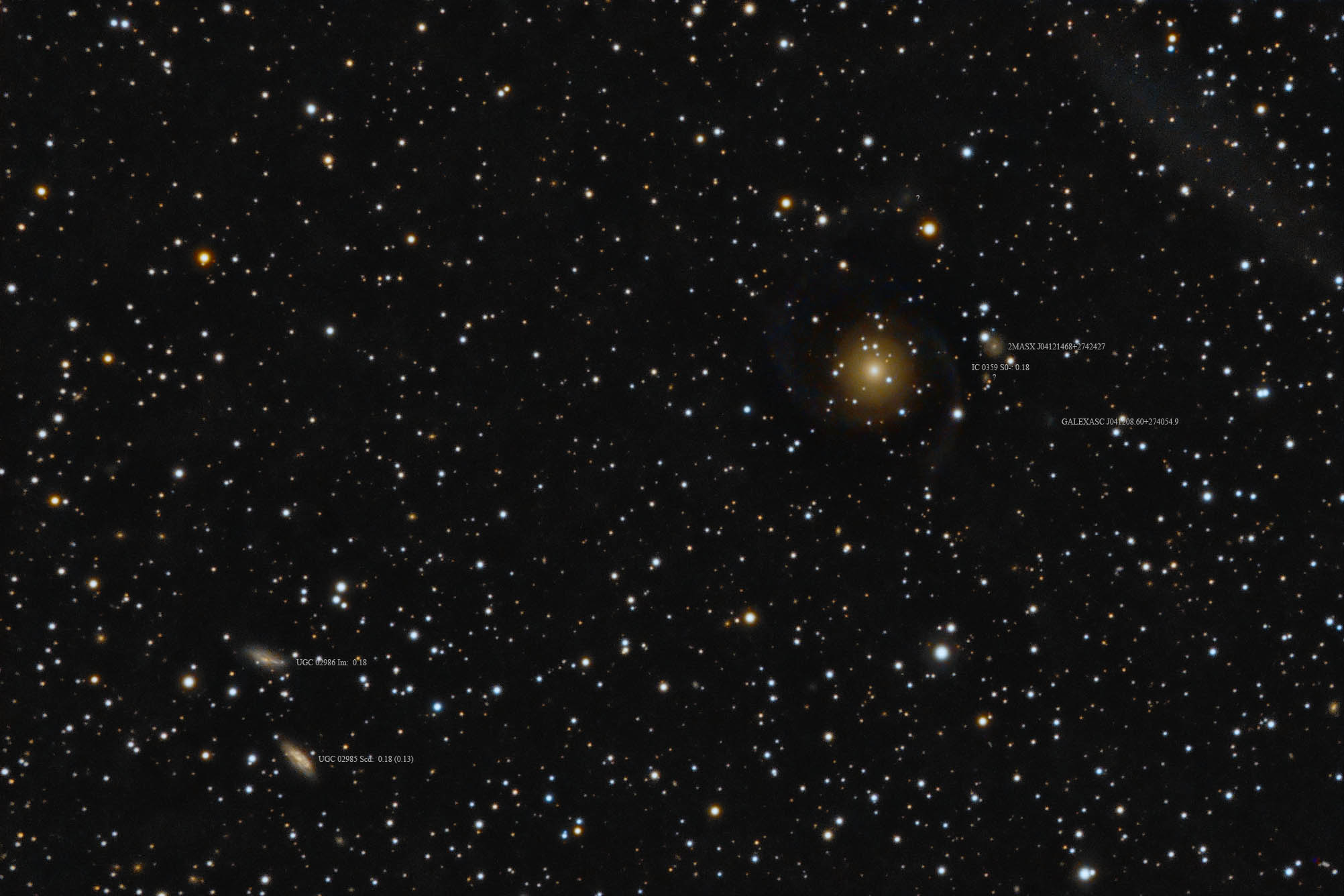 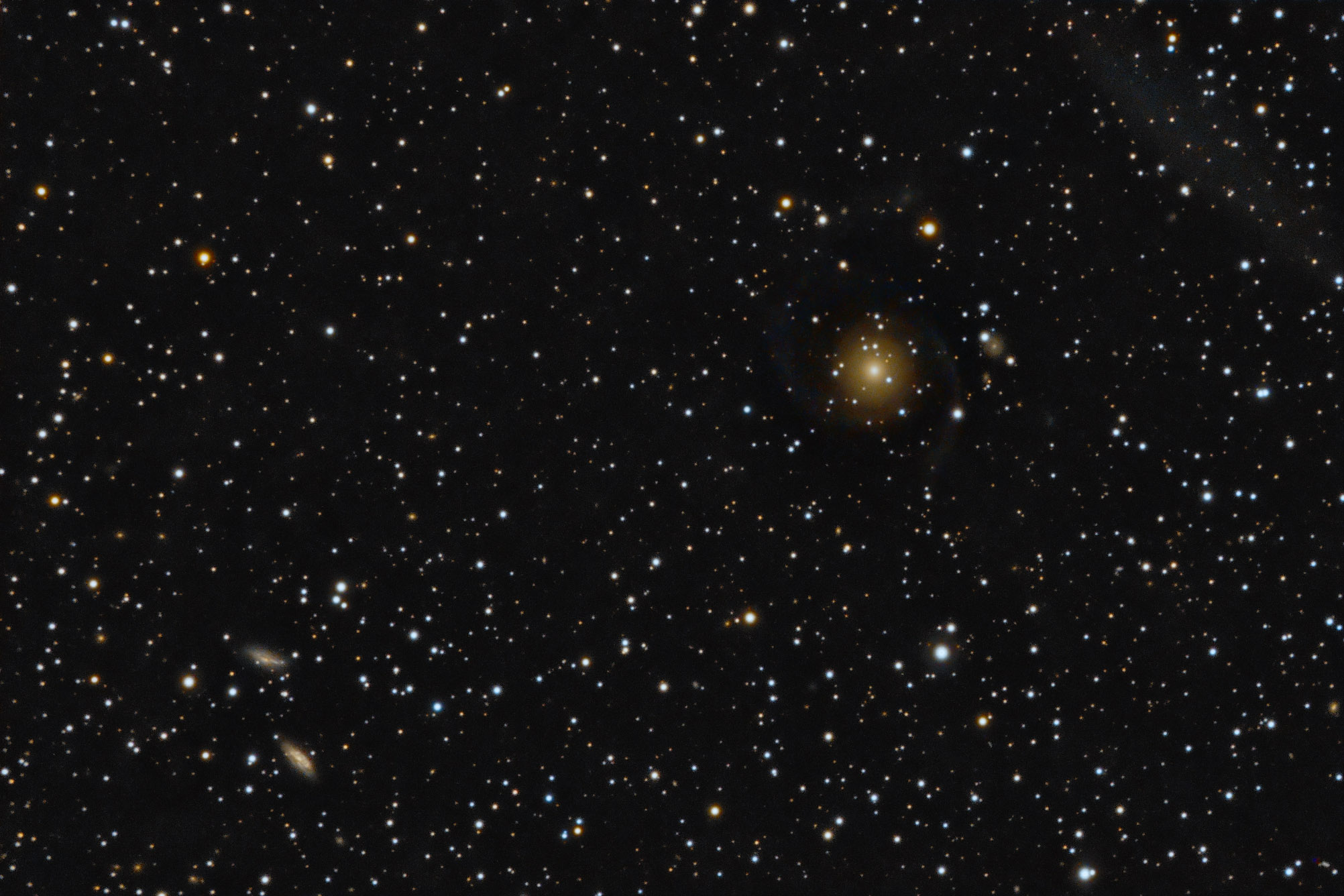